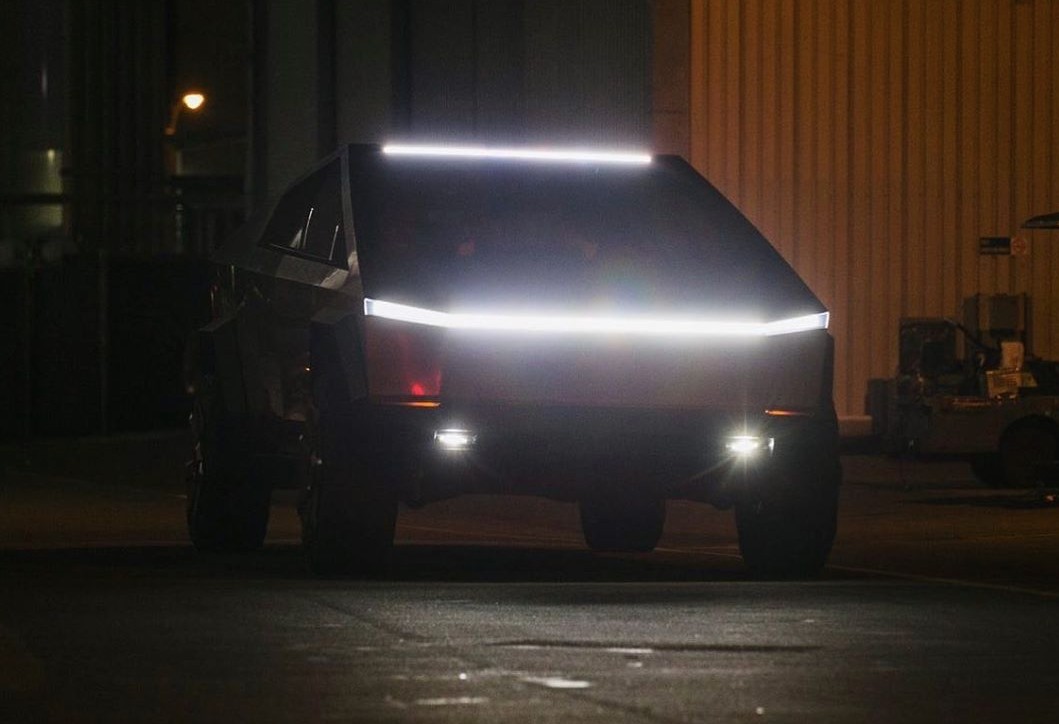 Tesla CEO Elon Musk teased the idea of integrating its upcoming Cybertruck with a quiet and efficient HVAC system that’s also capable of distilling water. And while water distillation from a utility vehicle may seem overkill, it makes perfect sense to include such a feature in the futuristic stainless steel behemoth.

The idea became apparent during a conversation with Joe Rogan nearly two years ago, but the idea has since gained more traction. In a tweet that reiterated his desire for a “super-efficient, quiet home HVAC with HEPA & water distillation,” one of the CEO’s Twitter followers asked if he was more interested in developing the system than working on the Cybertruck. However, Musk answered by saying, “Maybe Cybertruck will have it…”

When Musk appeared on the Joe Rogan Experience Podcast in September 2018, he spoke of an intelligent home HVAC system that would only cool rooms that have people in them. This idea would increase efficiency and eliminate wasted energy throughout a home. However, it would seem that the Cybertruck may receive something along the same lines.

I’m dying to do super efficient, quiet home HVAC with HEPA & water distillation. It’s weird, but I really want to do it.

Maybe Cybertruck will have it …

Having an energy-efficient HVAC system bodes well for the Tesla Cybertruck, which aims to have long-range capabilities at an affordable price point. Also, considering the vehicle’s spacious interior cabin, having an efficient heating and cooling system would reduce range-robbing energy on something as large as the Cybertruck.

The Cybertruck will likely be Tesla’s most significant vehicle to date, leaving no doubt that the powerhouse truck can accommodate a HEPA filter. The installation of this filter keeps air quality within the cabin of the vehicle extremely high. Tesla’s “Bioweapon Defense Mode,” which the company developed to protect passengers from the dangers of environmental pollution, would also be a perfect fit for the upcoming vehicle.

But Musk’s vision for the Cybertruck goes far beyond the third rock from the sun. Perhaps its purpose is geared towards life on Mars, just as much as it is for Earth.

Musk’s narratives in the past have playfully hinted at survival during cataclysmic events, with the CEO emphasizing that Teslas run off of sunlight, which will be available for far longer than fossil fuels. But Elon’s playful jokes could be a hint at something more serious, like the inevitable destruction of Earth if pollution-producing forms of energy continue to be used as fuel.

The Cybertruck’s exoskeleton and robust stainless steel body actually make it ideal for a dangerous future. The pickup’s already durable build combined with range, speed, and sustainability could be a difference-maker for passengers even in otherwise risky events. An intelligent HVAC unit, an air filtration system, and a water distillation feature just makes the all-electric pickup an even better survival tool.

Tesla Cybertruck (pressurized edition) will be official truck of Mars

But Musk seems to believe each of these items could be added onto the Cybertruck, allowing it to operate anywhere, even if the location isn’t on Earth. After all, he did say the Cybertruck’s “pressurized edition” would be the official truck of Mars.

Perhaps the Cybertruck, when paired with Bioweapon Defense Mode, an HVAC unit, and a water distillation feature, could be one of the vehicles of choice for people when things on Earth start going south due to the climate crisis.

Protecting the passengers in the car has always been a goal of Tesla, but the purpose goes much further than accident and collision safety. Musk has made several attempts to improve the air purification systems within the cars, for example, an aspect of safety that is rarely explored by traditional automakers. “Air quality has a much bigger effect on health than people realize,” he said.

The Cybertruck’s mission is likely to protect people from accidents and dirty air. The vehicle’s future could be a large part of Musk’s “Master Plan,” which entails a push towards sustainability. But beyond Earth, the priorities of Tesla will still apply. On Mars, people will surely need clean air, protection from harmful rays, and a water source. The Cybertruck just happens to be a great vehicle to provide all that, and more.