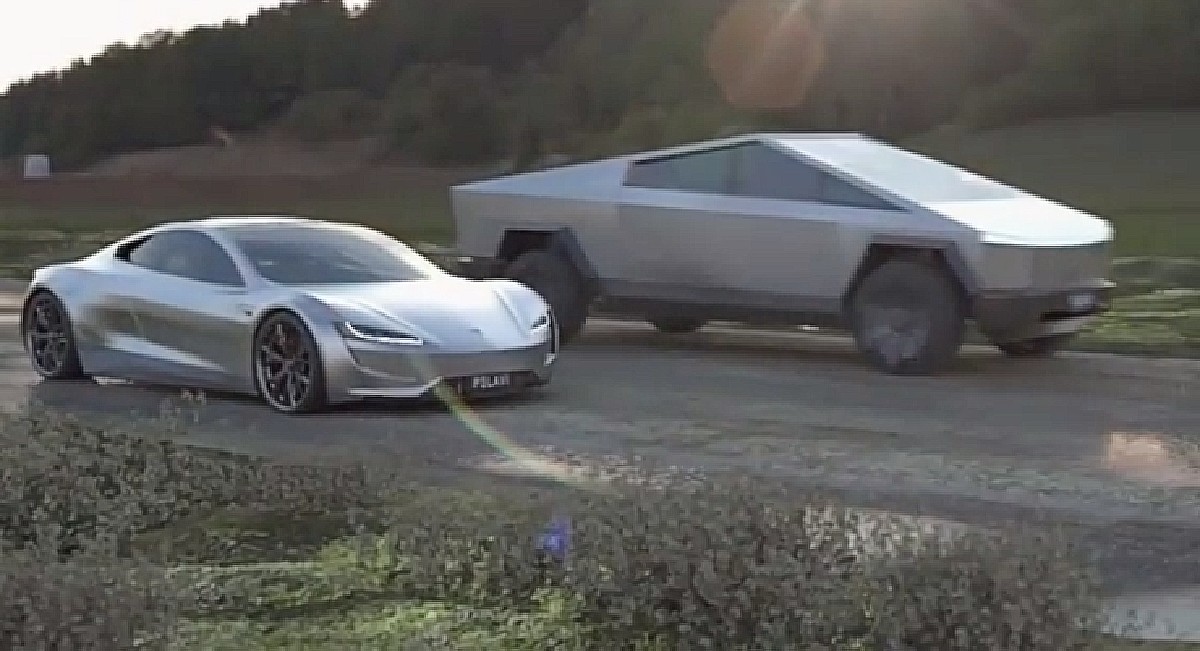 Popovski goes by the Instagram name @pslavi_3d_vfx, and he is known for uploading images and short videos of exotic and unreleased vehicles. The 3D artist is quite fond of Tesla’s vehicles, as evidenced by several of his work featuring the electric car maker’s Cybertruck and next-gen Roadster. For his recent clip, Popovski opted to use both the Cybertruck and Roadster, showing the two EVs engaging in a quick race.

The short 3D clip shows a silver Roadster and a Cybertruck lining up in a picturesque back road. The two vehicles then launched, with the Roadster displaying its lightning-fast 0-60 mph acceleration. The all-electric supercar was depicted speeding away from the Cybertruck, whose acceleration wasn’t too shabby itself.

The next-generation Roadster was first revealed by Tesla at the Semi’s unveiling event in November 2017. The car was rolled out of the back of one of Tesla’s semi-truck trailers as a surprise to those in attendance. The vehicle will be one of the most impressive performance cars available to the public when it is released, with its 0-60 mph time of 1.9 seconds and its range of 620 miles per charge. The first 1,000 Roadsters sold, known as the Founders Series, will be available for a cool $250,000.

Meanwhile, the Cybertruck is the latest vehicle that Tesla has announced to the public. Its design is unlike any vehicle on the market today, and it has been met with positive reception from the Tesla community. Elon Musk, for one, noted that the truck had received 250,000 pre-orders within the first few days after its unveiling event. The all-electric pickup truck will be available in three variants with the two most powerful Dual Motor and Tri-Motor trims being produced at the end of 2021.

The two vehicles featured in Popovski are arguably among Tesla’s biggest achievements. The Roadster is a battery-electric sports car that will likely rival some of the most iconic names in performance autosports today. Not to mention, the Roadster’s 620-mile range is the most of any Tesla vehicle, even the Semi.

The Cybertruck’s three different trims will offer electric vehicle drivers several options for sustainably lugging cargo. The two vehicles have been together on a showroom, and will eventually be side-by-side on the road, but this rendering gives Tesla enthusiasts something to be excited about. The next-gen Roadster and the Cybertruck, after all, are two vehicles that will inevitably disrupt their respective sectors without ever harming the environment.