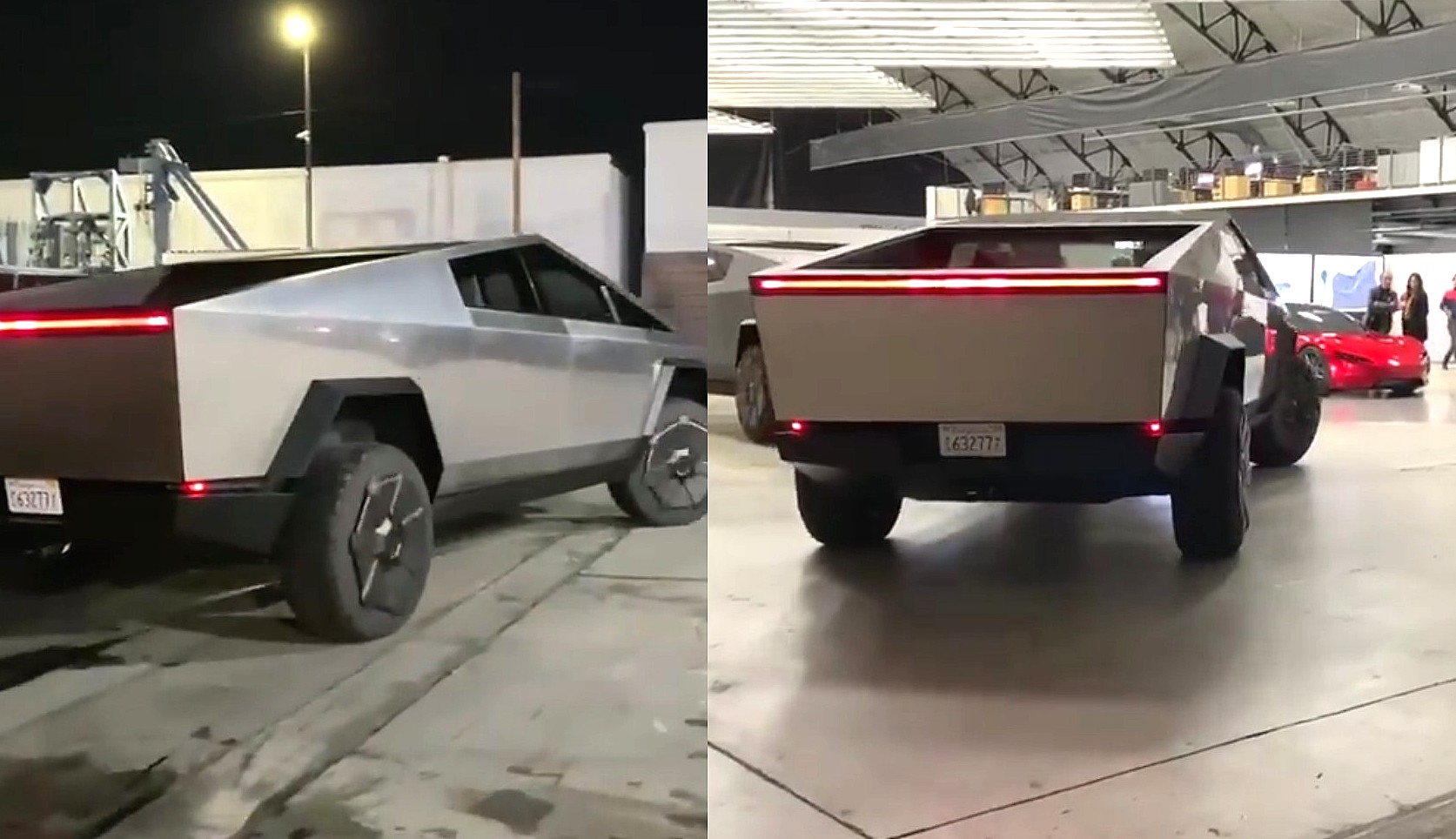 A recent sighting of the Tesla Cybertruck has shown that even the electric car maker’s most daunting vehicle comes home for the holidays. Recorded in Hawthorne, CA, the Cybertruck sighting depicts the massive all-electric vehicle returning to its home at Tesla’s Design Center, joining what appeared to be a 1:1 Cybertruck model and the next-generation Roadster.

Footage of the heavyweight zero-emissions beast was initially posted on Facebook by Tesla enthusiast Charles R Jones II, and later shared on Twitter by Tesla Owners of San Joaquin Valley founder @FamilyFirstJ. The clip was brief, and a look at the license plate of the Cybertruck reveals that it was the same prototype driven by Elon Musk during his dinner with friends at an upscale Malibu restaurant.

Similar to Elon Musk’s night out with the vehicle, the Cybertruck in this recent sighting seemed to sport some slight modifications on its headlights. The vehicle featured what appeared to be a solid, uniform strip of light during its unveiling event. But since being sighted on the road with Elon Musk, the Cybertruck’s headlights seemed to have been adjusted to have a more traditional look, with its left and right sides being brighter than the middle.

The Tesla Cybertruck may still be a couple of years away from production, but interest in the vehicle has remained high since its eventful unveiling. The vehicle has garnered hundreds of thousands of reservations, with Elon Musk’s most recent update hinting that 250,000 Cybertrucks have been reserved. That number was mentioned just days following the Cybertruck’s unveiling. With this in mind, Cybertruck reservations today are likely more.

The Cybertruck is Tesla’s most unique vehicle to date, utilizing a stainless steel “Exoskeleton” instead of traditional stamped body panels. This gives the Cybertruck its angular, XY design. It also allows the electric car maker to produce the all-electric pickup at a lower cost, since the Exoskeleton does not require the use of a stamping press and a paint shop. The Cybertruck’s design helps Tesla achieve its aggressive pricing for the vehicle as well, which starts at less than $40,000.

The Tesla Cybertruck will be offered in three variants, an RWD configuration that starts at $39,900, a mid-tier Dual Motor AWD variant that costs $49,900 before options, and a range-topping tri-motor AWD version that starts at $69,900 before options. All of these vehicles are equipped with basic Autopilot a standard, as well as useful features like 110v/220v onboard outlets and a payload capacity of 3,500 lbs. Off-road performance also appears to be in the bag, thanks to the Cybertruck’s 35-degree approach angle, up to 16″ clearance, and 28-degree departure angle.