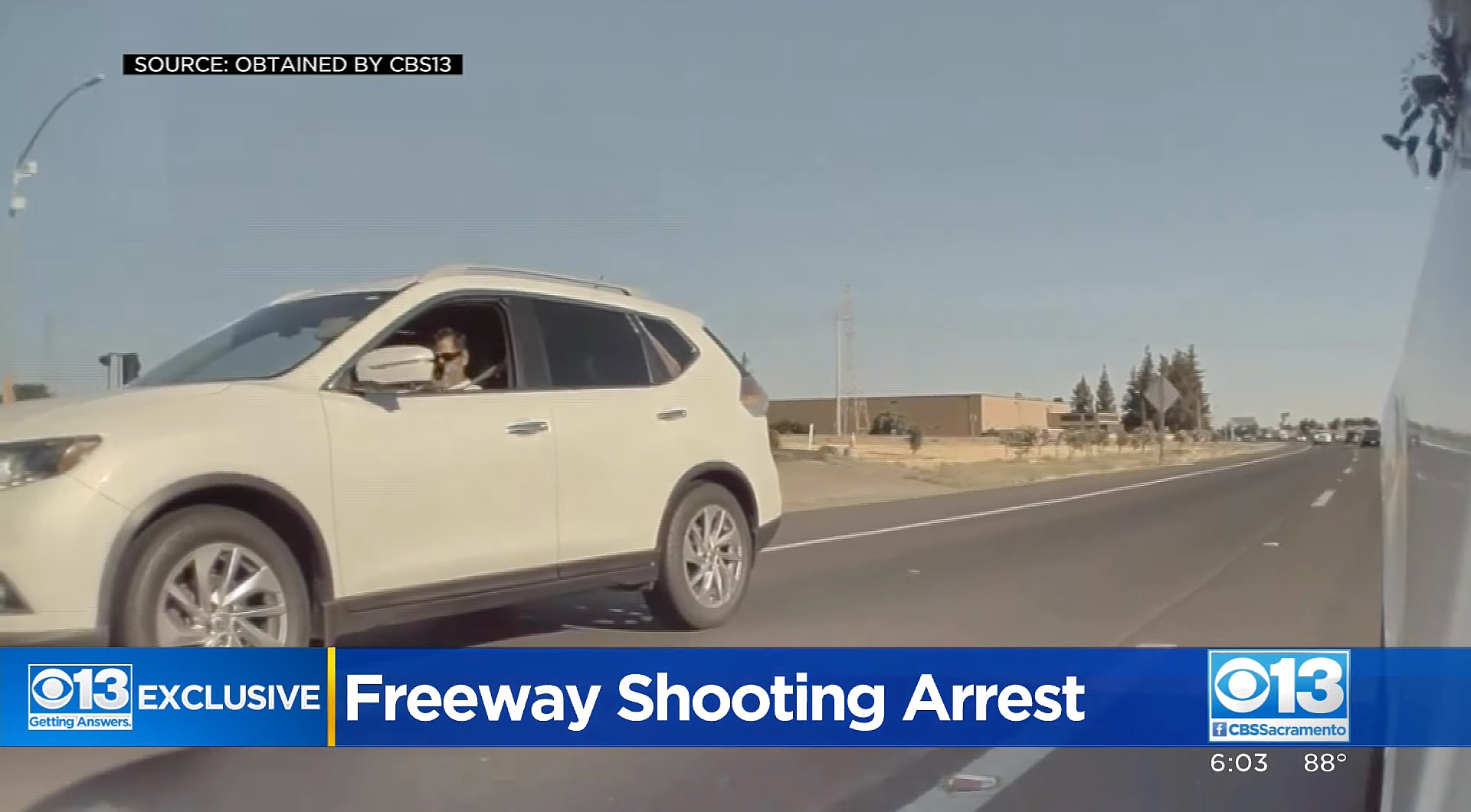 A Tesla Model Y’s built-in dashcam recorded the face and license plate of a man who fired a projectile at the all-electric crossover along a Sacramento-area freeway. The video of the incident went viral on TikTok.

Bonilla was found sleeping in the same SUV captured in the Tesla dashcam footage. When authorities found Bonilla, they also discovered two homemade weapons similar to slingshots, several BBs, and 11 rocks as big as golf balls. The suspect was arrested and is currently facing several charges, including assault with a deadly weapon and vandalism.

The incident occurred on the morning of June 29 along Interstate 5, near Consumes River Boulevard exit. Razvan Glavan’s Tesla vehicle, which looks to be a Model Y, was hit by a projectile during his drive to work. The Tesla vehicle’s window was shattered when the projectile made contact.

“The whole vehicle was just full of shattered glass, so I’m sure if someone would’ve been there, they would’ve been badly hurt,” Glavan told CBS News.

Glavan has just purchased his Tesla vehicle two weeks before the incident. He is an expecting father who likely bought the Model Y for his family.

CHP shared that they are investigating six similar incidents that occurred around the same area. Reports of the other incidents matched the same description as the Bonillo’s car.

The police did not state whether the other vehicles were also Teslas. Tesla cars have been targeted in the past by vandals. However, Bonillo’s motive has not been clarified by authorities yet.

Watch CBS‘ feature on the incident below.