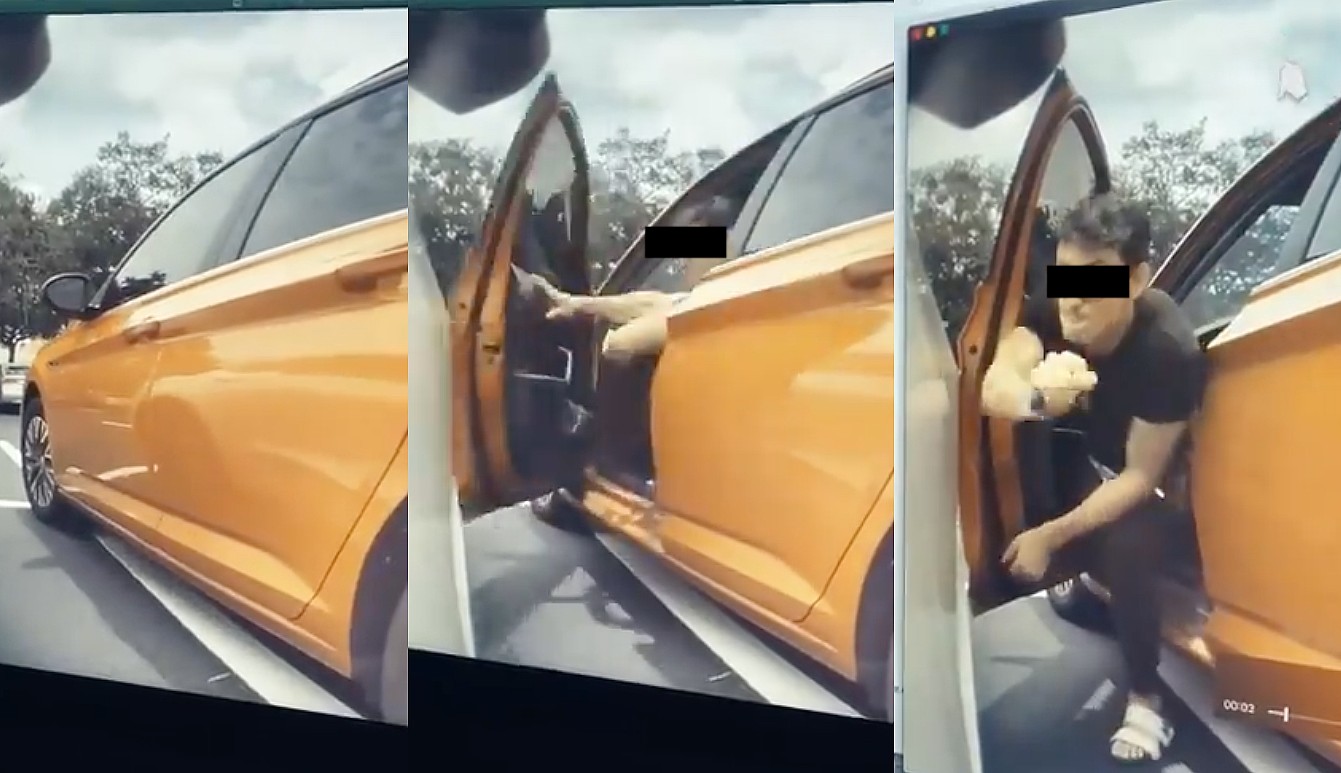 A Florida man has been recorded engaging in what appears to be a random act of aggression against a parked Tesla Model 3. Thanks to footage provided by Tesla’s Sentry Mode, the owner of the all-electric sedan has been able to report the incident to the police, which has since opened a file on the incident. Detectives are being assigned to the case as well.

Teslas are no stranger to random acts of aggression from the strangest drivers on the road. Over the years, and as features like Sentry Mode and TeslaCam became standard, Teslas and their suite of cameras have witnessed a ton of shocking incidents, from keying attacks to attempted hit and runs. One video even involved a driver shooting at a Model 3 while the all-electric sedan was on the road.

The incident in Florida is one of the stranger incidents that resulted in damages to the all-electric vehicle. As could be seen in the footage, the driver of a red Volkswagen initially slammed his door hard into the all-electric sedan. The driver then aggressively struck the Model 3 with what seems to be a heavy object multiple times. According to the Tesla owner, the Model 3 substantial notable dents and scratches as a result of the attack.

What makes the attack of the Florida man strange is the apparent randomness of the entire incident. The Tesla owner did not reference any road rage prior to the attack, yet the Florida man seemed determined to damage the Model 3. Fortunately, the perpetrator also did not seem familiar with a Tesla’s features, as he committed his vandalism directly in front of the Model 3’s cameras.

Unfortunately, the Tesla owner noted that Sentry Mode was not able to capture the license plate of the suspect’s Volkswagen. Sentry Mode did capture a clear view of the Florida man’s face, however, which should help the authorities identify the suspect. Anyone who could help identify the man in the recent Model 3 attack is advised to contact either the Tesla owner through her original Facebook post, or the Altamonte Springs PD.

While it may seem remarkable that some people are still confident enough to vandalize Teslas despite the vehicles’ suite of cameras, it should be noted that a good part of the public is still largely unaware of the capabilities of the company’s electric cars. Tesla also attracts a lot of negative media coverage, and the company has a dedicated group of skeptics online that push the narrative that Teslas have buggy features and are prone to catching fire. Such narratives may provide vandals with some more confidence that their acts against Teslas would not get caught.