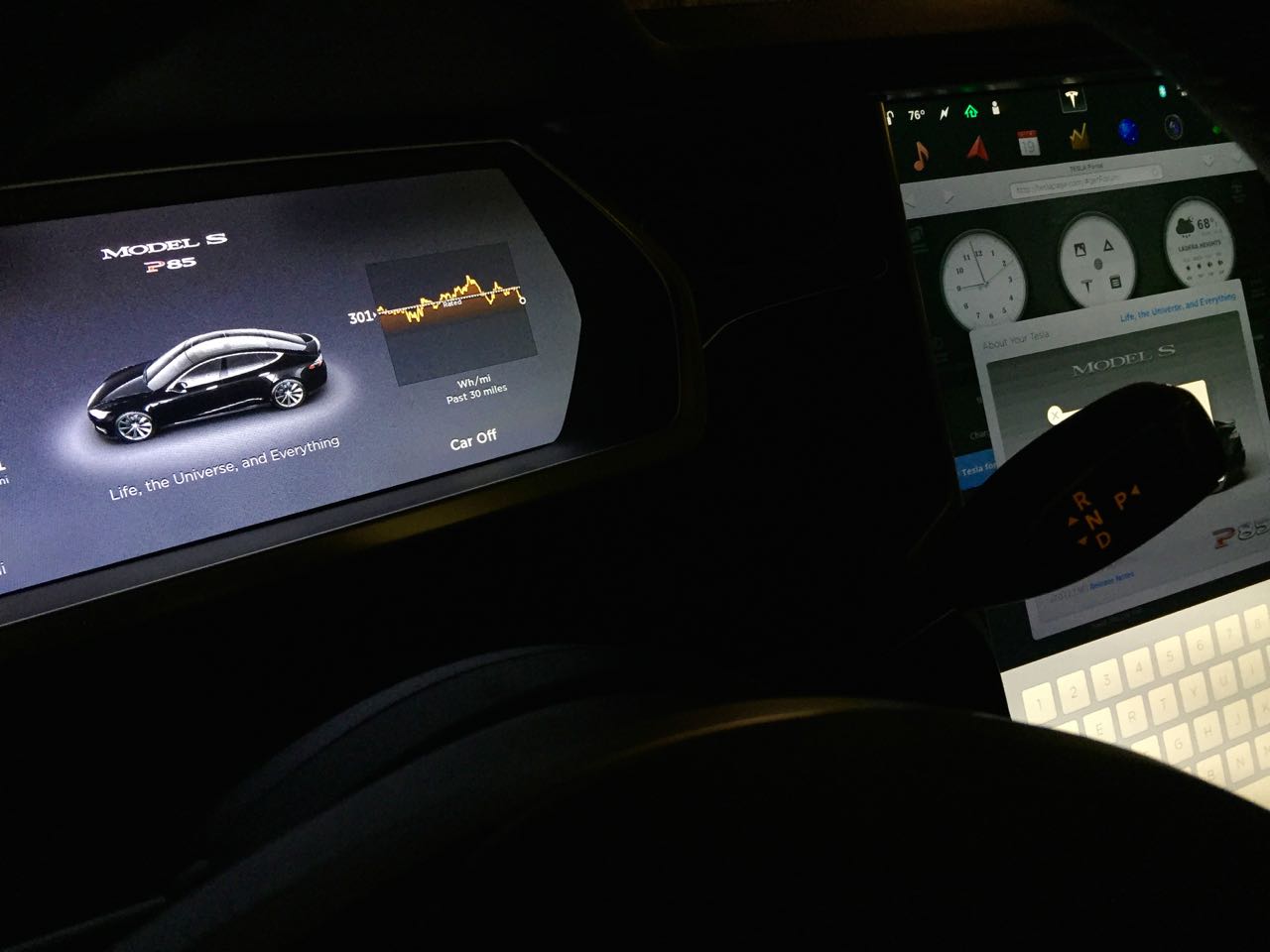 One of the few things that can bring on more joy than receiving a firmware update itself is finding a Tesla easter egg. Previous easter eggs have included the ability to transform your Model S into the James Bond The Spy Who Loved Me submarine and go completely Space Balls into Ludicrous Speed, but the latest discovery goes deep into the meaning of life – 42.

When Douglas Adams wrote The Hitchhiker’s Guide to the Galaxy, he added a central joke which has arguably become more discussed than the plot of the book itself: “The answer to the ultimate question of life, the universe and everything is 42”. Mathematicians and theorists have all attempted to decode the symbolic significance to the cryptic number, some going as far as saying the angle at which light refracts off the surface of water at 42 degrees to form a rainbow.

We may never know the answer to the meaning of life, but for now we’re happy to know that this latest Tesla easter egg may unlock more special meaning.

Tapping the “T” located towards the top center of the main 17″ touchscreen will reveal the ‘About Your Tesla’ screen. This is the screen that displays your VIN#, your odometer reading, the current firmware’s release note, and the name of your vehicle (top right). Paying tribute to Douglas Adams’s The Hitchhiker’s Guide to the Galaxy, the name of your Tesla will read,

“Life, the Universe, and Everything” Both the instrument cluster and the center 17″ touchscreen will display the famous quote.