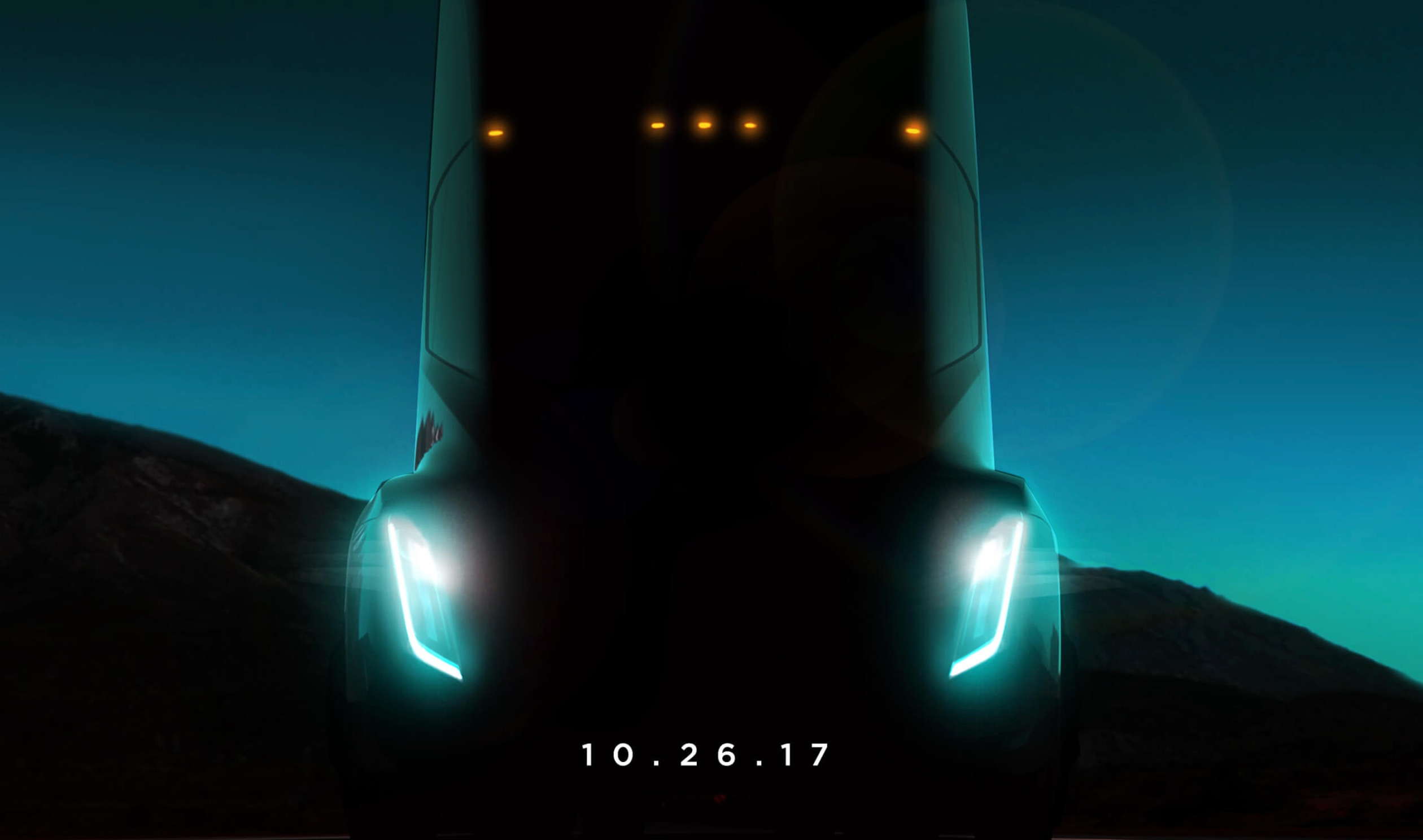 Tesla has begun to send “save the date” reminders to select invitees of its upcoming Semi-truck invite-only event to be held on October 26 in Hawthorne, California. The initial email was sent to Tesla owners that referred five or more qualifying Model S and Model X sales in the company’s most recent and highly successful, yet often times controversial referral program.

“You have qualified for a VIP invitation to our semi truck event on Thursday, October 26 in Hawthorne, CA. Please save the date.” reads the email. Tesla also notes in its communication that an official invitation via email will follow. “You will receive an email invitation closer to the event. We look forward to celebrating this exciting milestone with you!”

Updated October 6, 2017: In light of relief efforts taking place in hurricane-ravaged Puerto Rico, Tesla announced that it had delayed the Tesla Semi unveiling date to November 16 so that the company can focus on producing more batteries for the island. The advanced “save the date” notice is seen as a kind gesture by Tesla to invitees that may be traveling long distances and need ample time before planning their trip to Tesla’s Design Center in Hawthorne, California, where the semi-truck is expected to be unveiled.

Master of building excitement and hype leading up to a Tesla product unveiling, CEO Elon Musk has called its upcoming Semi truck a ‘beast’, and a ‘seriously next level’ truck that can be driven like a sportscar.

Tesla’s heavy duty truck is expected to have 200 to 300 miles of range and aims to be an all-electric hauler with self-driving platooning technology.  “A lot of people don’t think you can do a heavy duty long-range truck that is electric. But, we are confident that this can be done.” said Musk during Tesla’s 2017 Shareholder meeting.