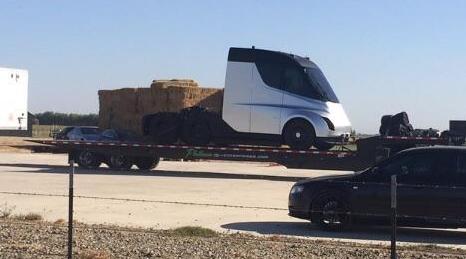 Tesla’s all-electric Semi-truck ‘beast’ has been spied in California ahead of the company’s official unveiling event on October 26.

The photo first posted onto reddit shows a futuristic semi-truck that’s being transported on the back of a tractor trailer. The location appears to be the Inyokern Airport that’s located approximately 150 miles (240 kilometers) north of Tesla’s Design Center, where the company will be holding the official Tesla Semi unveiling event. The small airstrip is known to be a common testing ground for Tesla and site of the first P85D sighting, which was also spied ahead of the company’s unveiling event billed as ‘the D event’.

Taking a look at the sleek design cues of the semi-truck’s frontend that swoops back along the bulging fender and one can see that it matches Tesla’s official teaser photo of its all-electric regional hauler. The unique shape of Tesla’s Semi-truck headlights also appears to be an exact match with the teaser photo. 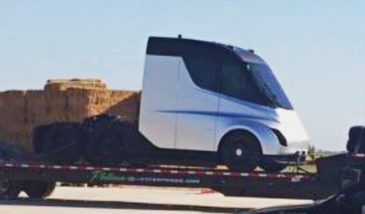 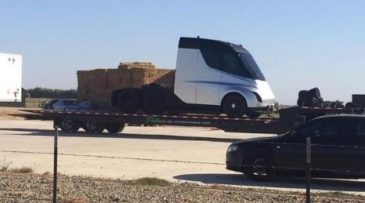 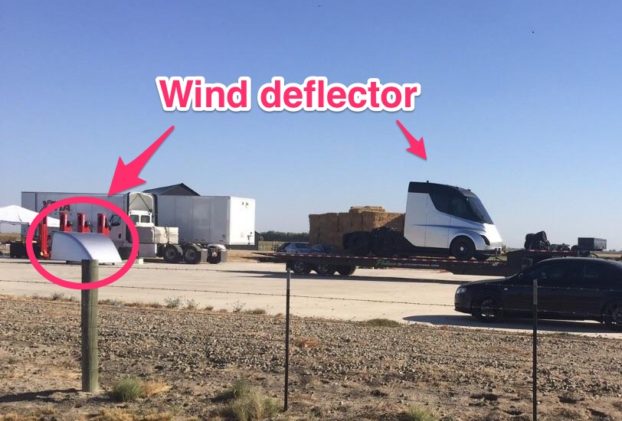 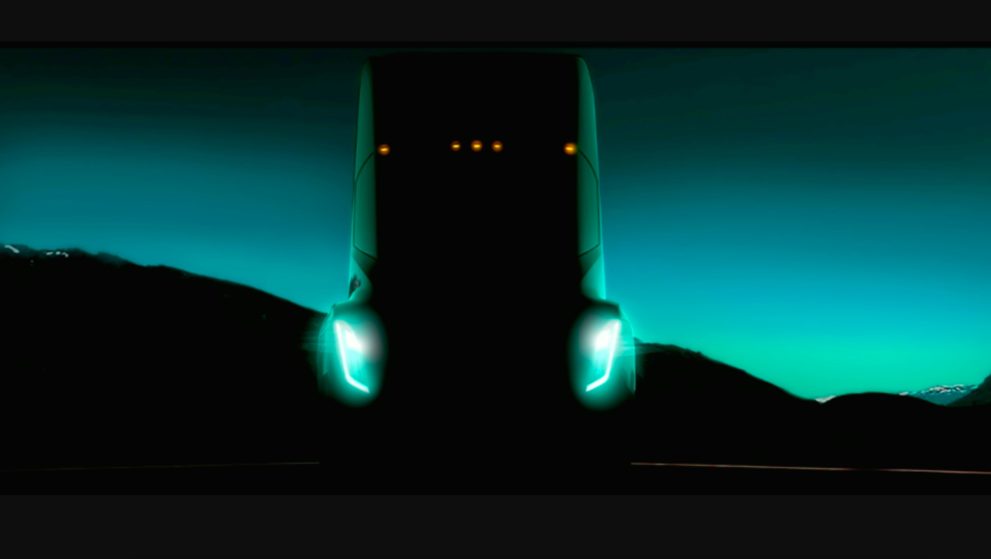 The removable wind deflector for the Tesla Semi can be seen in a distance behind the trailer. Wind deflectors are often used by semi-trucks to decrease the air resistance between the truck and the trailer. Being able to reduce air resistance can have a dramatic impact on range especially at higher speeds. With reports that Tesla’s Semi-truck will have batteries capable of 200 to 300 miles of driving range per single charge, one can rest assured that Tesla will incorporate as much energy saving features it possibly can into its design. We’re seeing this with Model 3’s aero wheels said to improve range by as much as 10% and other Tesla design cues aimed at reducing air resistance.

Tesla announced in June of 2016 through the company’s second Master Plan that it intended to expand beyond consumer vehicles and into the heavy-duty trucking industry. “We believe the Tesla Semi will deliver a substantial reduction in the cost of cargo transport, while increasing safety and making it really fun to operate.” said Tesla.

Tesla is set to debut likely what we’re catching a first glimpse of now on October 26 at the official Tesla Semi unveiling event. “Save the date” emails for the event have been sent to select invitees that consist largely of Tesla referral program winners, so far.

“You have qualified for a VIP invitation to our semi truck event on Thursday, October 26 in Hawthorne, CA. Please save the date.” reads the email from Tesla. “You will receive an email invitation closer to the event. We look forward to celebrating this exciting milestone with you!”