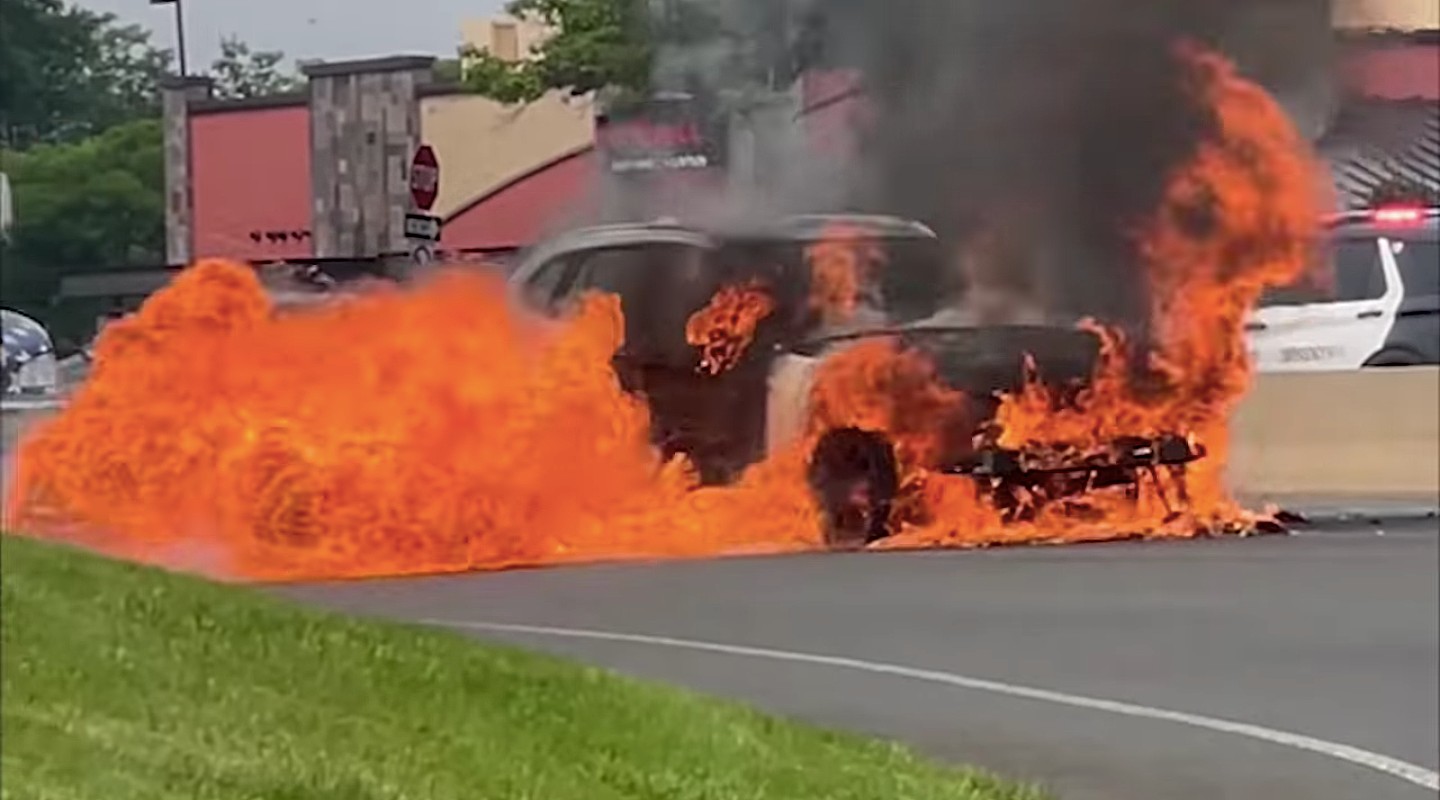 When untoward incidents happen on the road, a few seconds could effectively draw the line between life and death. This was certainly the case for a BMW X1 driver, who was saved from what could have been a fiery fate due to the efforts of Tesla Model Y owners who happened to observe that the SUV was on fire.

It was a normal, average day in New Jersey when the Tesla owners saw something unusual in a BMW X1 driving just ahead of them. As the SUV took a right turn, the Model Y owners saw a lot of smoke coming from the combustion-powered SUV. Initially, the Tesla owners thought that the BMW was rolling coal on them, but it soon became evident that the situation was a lot worse.

There were flames under the BMW X1. The SUV proceeded to drive away quickly, and while there was a baby in the Model Y, the Tesla owners figured that the X1’s driver might be in danger if he does not get warned. The Model Y owners then gave pursuit, catching up to the SUV at a traffic light. The Tesla owners then yelled at the BMW driver, telling him that his car was on fire. The X1’s driver promptly got out.

Seconds later, the entire BMW X1 was engulfed in flames, and it did not take long before the combustion-powered SUV quite literally exploded. Fortunately, the BMW driver was able to get out of the vehicle on time, allowing him to avoid any injuries whatsoever. Fortunately, the X1 driver was alone in his vehicle, which meant that the only things that burned were the BMW owner’s belongings.

As noted by the Wham Baam Teslacam YouTube channel, the BMW X1 driver proved extremely grateful to the Model Y owners for essentially saving his life. Had the SUV driver exited the vehicle a few moments later, after all, he might have experienced burns from the fire and succeeding explosion, or perhaps even worse. For good measure, the Tesla owners exchanged information with the BMW driver, and later provided the SUV owner with a copy of their Teslacam footage.

The incident caught in the Model Y’s Teslacam footage was one of roughly hundreds of thousands of vehicle fires reported in the United States every year. In 2019 alone, around 189,500 highway vehicle fires were reported in the country, translating to about 519 every day. For perspective, Tesla saw approximately one vehicle fire for every 205 million miles traveled as of Q1 2021. This compares favorably to the US Department of Transportation’s data, which states that there is a vehicle fire reported for every 19 million miles traveled.

Watch the remarkable story of the Model Y owner’s encounter with the burning BMW SUV in the video below.