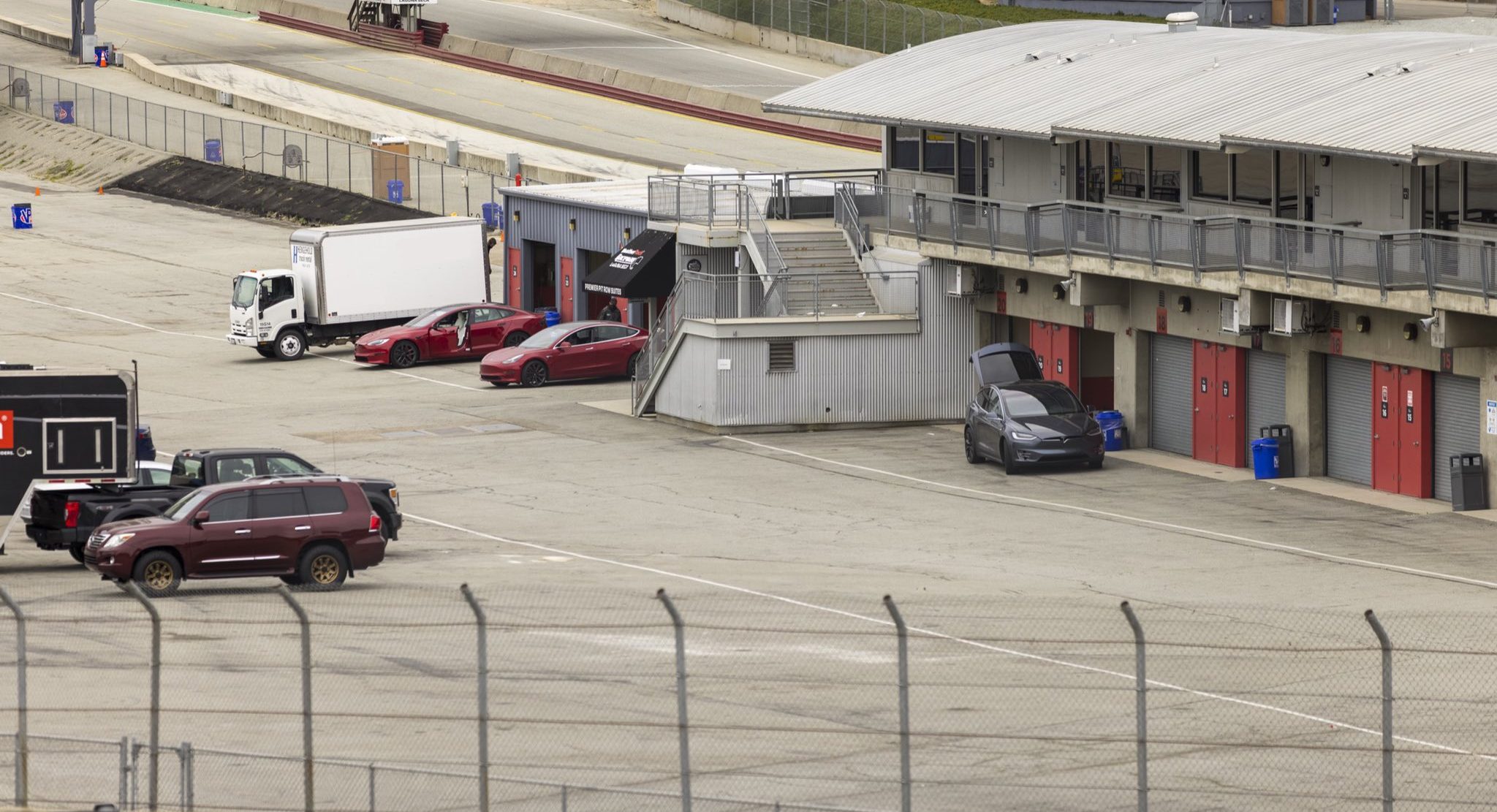 Several units of the Tesla Model S refresh, together with the rest of the EV maker’s family of vehicles, were recently sighted at the Laguna Seca Raceway. While only images of the vehicles were captured by members of the electric vehicle community, the presence of the flagship sedan in the noted racetrack suggests that Tesla may be looking to test the limits of the Model S Plaid before customer deliveries begin.

Images shared by EV enthusiast group The Kilowatts showed at least two units of the new Model S parked on the track. Together with the vehicle was a red Model 3 and a blue Model Y, which was being loaded into a transport truck. A pre-refresh Model X was also in the area, together with what appears to be a Tesla Energy van.

Based on the recently-shared photos, the two Model S refresh units that were brought to Laguna Seca were of different trims, as suggested by the presence of 19″ Tempest Wheels on one unit and 21″ Arachnid Wheels on the other. Considering that the 19″ wheels are optimized for range, there seems to be a good chance that the vehicle was a Long Range Model S, while the other unit may be a Model S Plaid, a vehicle that has been undergoing testing for a few months now.

The Model S Plaid is no stranger to the Laguna Seca Raceway, having set the record for fully electric vehicles on the track with a lap time of 1:30.3. These numbers exceeded the already monstrous time set by the Lucid Air’s tri-motor variant, which accomplished a lap around Laguna Seca in 1:31.3. Such times are incredibly impressive, as it is already pretty close to the 1:27.62 all-time production car lap record set by the McLaren Senna, a hypercar priced at over a million dollars.

Tesla Model S Plaid deliveries have proven delayed, though sightings of the vehicle around the United States suggest that the flagship sedan is being tested extensively. The wait for such a vehicle would likely be worth it, however, considering that the Model S Plaid is a vehicle that is both practical and frighteningly quick, with its spacious interior, its 0-60 mph time of 1.99 seconds, its 1,020 horsepower, and its quarter-mile time of 9.23 seconds for a price that starts below $120,000.