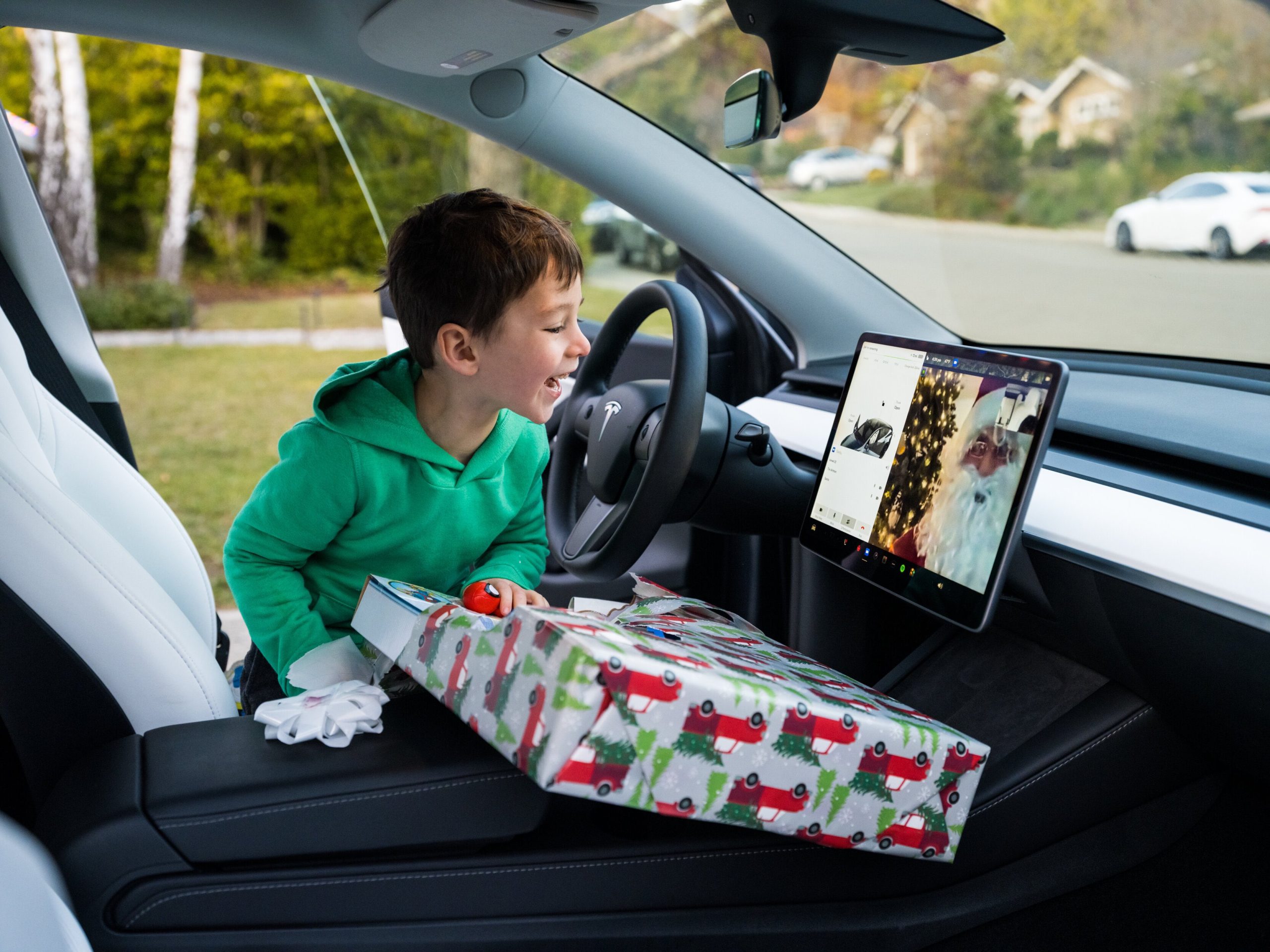 Tesla has not had an easy 2022. Its stock has dipped significantly over the year, its CEO, Elon Musk, is more controversial than ever, and just recently, California banned the company from calling its advanced driver-assist system “Full Self-Driving.” But Tesla, despite all these challenges, is still Tesla, so it is still a company that knows how to have some fun.

This was shown in the electric vehicle maker’s Christmas post on Twitter. To celebrate the holiday, Tesla posted a short skit featuring a child and his dad speaking with “Santa Claus” using the company’s newly-launched in-cabin Zoom feature.

The wholesome skit was less than a minute long, but it’s enough to make anyone smile. During the child’s in-cabin Zoom conversation, Saint Nick encouraged the little boy to check out the Model Y’s frunk. The child was overjoyed to find a gift waiting for him, though it took some effort for the child to get to his present due to the Model Y’s rather deep frunk.

Tesla’s in-cabin Zoom feature was launched as part of this year’s holiday update for vehicles equipped with the company’s MCU3 unit, as per NotATeslaApp. Tesla’s implementation of Zoom is quite clever as the company simply uses its vehicles’ in-cabin camera for video conference sessions. Tesla described the feature in update 2022.44.25.1’s release notes.

“Make video calls with Zoom using the interior cabin camera. If you have a Zoom meeting in your Calendar, tap the link to automatically start or join your meeting. Participant video and screen sharing are only visible while parked and will switch to audio-only if you drive. To access Zoom, tap Application Launcher > Zoom. Note: This feature requires Premium Connectivity,” Tesla wrote.

While the rollout of Zoom to Tesla’s vehicles has only just started, the feature has received a seal of approval from the founder and CEO of the video conferencing service. In a post earlier this month, Zoom founder and CEO Eric S. Yuan noted that he had his first Zoom call in a Tesla, and the experience was quite “awesome.”