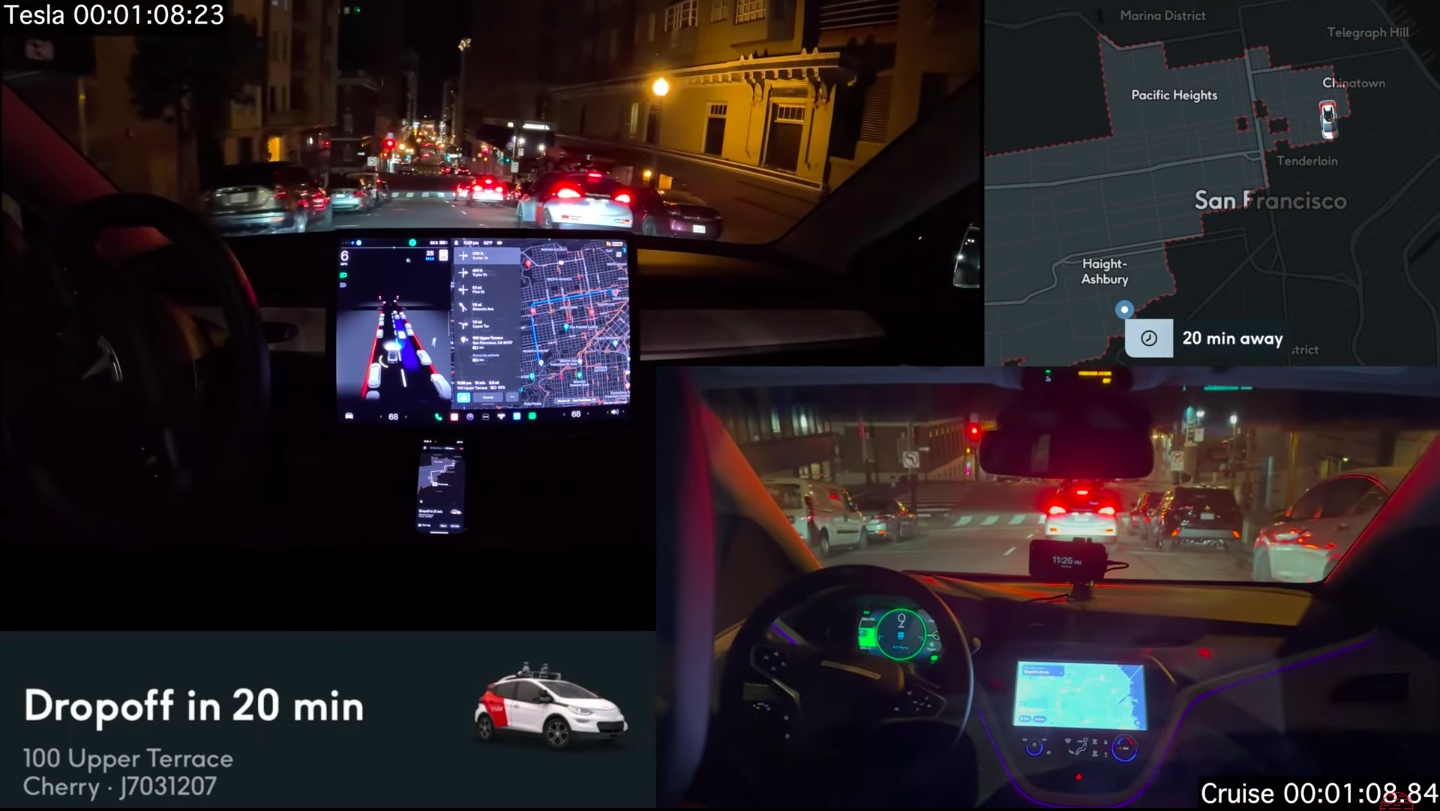 During the third quarter earnings call, Elon Musk mentioned that Tesla’s Full Self-Driving Beta should see a wide release in North America this quarter. This meant that every Tesla customer with a compatible vehicle and who purchased FSD would be able to gain access to the advanced driver-assist system upon request. It was then no surprise that Musk’s prediction was met with skepticism, even among some Tesla supporters.

Musk has predicted Tesla’s Full Self-Driving revolution several times in the past, and all of them have proven to be inaccurate so far. But if a recent demonstration of FSD Beta’s capabilities side-by-side with one of the market’s leaders in driverless technologies is any indication, one cannot help but think that Musk may have a point. Perhaps the wide rollout of FSD Beta this Q4 may be a realistic target.

A look at the video suggests that Tesla’s FSD Beta behaves in a bolder manner, while Cruise seems to prioritize the smoothness of its ride. Overall, the side-by-side video shows a compelling comparison between Tesla’s controversial self-driving concept and Cruise’s traditional autonomous vehicle system. Needless to say, the results of the test hint that a future that includes self-driving vehicles is indeed nearly here.

Tesla seems to be moving quickly towards its goal of FSD Beta’s wide release this Q4. Just a few days ago, the company started rolling out FSD Beta V11, which is the first iteration of the advanced driver-assist system that adopts a single software stack. With FSD Beta on the cusp of being expanded to the Tesla fleet, the company’s driverless program would likely be able to develop at a far quicker pace.

Watch Tesla’s FSD Beta take on GM’s driverless Cruise in San Francisco in the video below.

Which system do you think performed better in this test? Have you experienced Tesla’s FSD Beta and Cruise’s driverless robotaxi? I’d love to hear about your experience, so feel free to send a message to simon@teslarati.com.