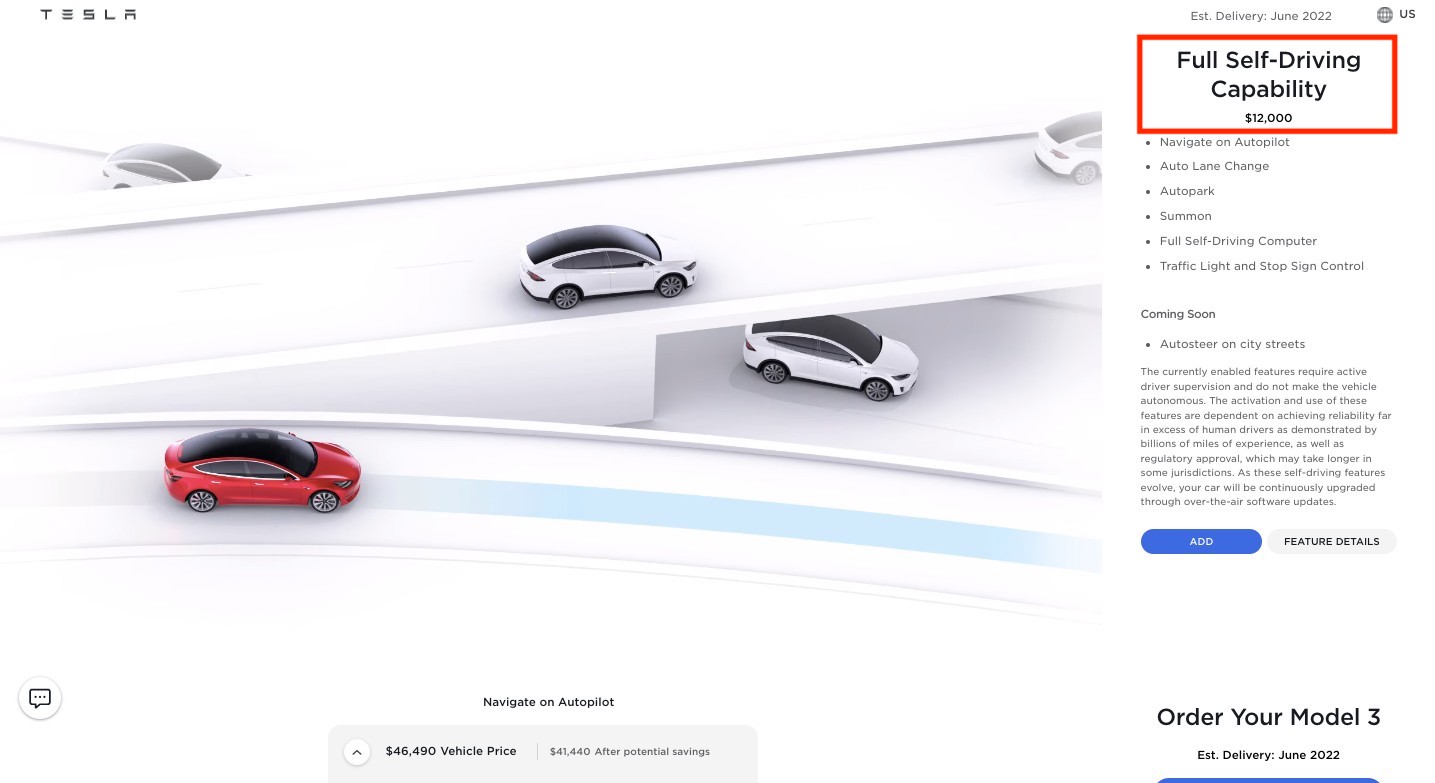 The recent price increase was initially announced by CEO Elon Musk on Twitter earlier this month. In his update, Musk stated that FSD’s price would be rising to $12,000 on January 17, though he did highlight that the adjustment would only apply to the United States. Musk further noted that FSD should see some price increases as the system approaches its production release.

This is quite understandable since most of FSD’s advanced features, such as Navigate on Autopilot, Auto Lane Change, and Summon, are usable in the United States without many limitations. The FSD Beta program, which allows early access to Autosteer on City Streets, an upcoming FSD feature, has so far only been available in the United States as well, though the Tesla CEO has mentioned that a Canada release is coming within the following weeks.

Arguably FSD’s most impressive feature, Autosteer on City Streets, is currently being developed and improved with the help of drivers who have signed up for the company’s FSD Beta program. Once Autosteer on City Streets becomes good enough for a wide release, then Tesla’s Full Self-Driving Capability would likely be well worth its price, regardless of its rather consistent price adjustments over the years.

Watch the current iteration of Tesla’s FSD Beta system in the video below.