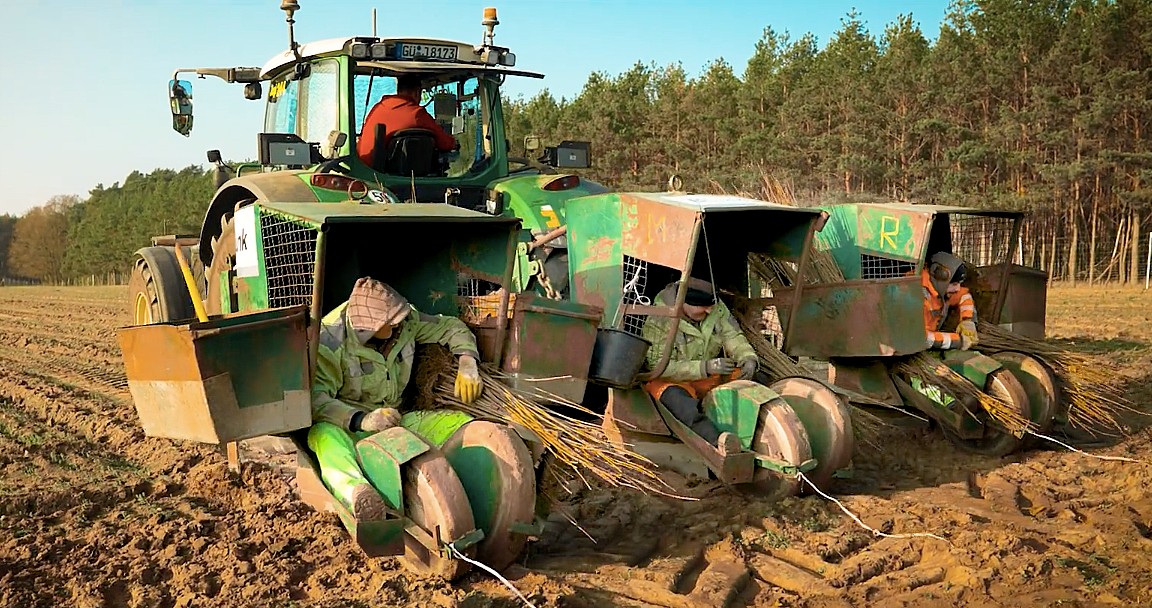 Tesla’s reforestation efforts for Gigafactory Berlin is over halfway done

When Tesla started constructing Gigafactory Berlin, the company stated that every tree cut down for the upcoming electric car factory would be replaced threefold. Tesla, together with the Naturraum für Generationen (NfG), started planting the first batch of seedlings to replace the trees that would be cut in Giga Berlin in October 2020. And the project has not let up since.

A recent report from German news outlet rbb24 revealed that Tesla’s reforestation project has now covered over 175 hectares of land. That’s over the roughly 156 hectares that have been cleared to date, and more than half of the Giga Berlin complex’s overall area, which stands at about 300 hectares.

The news outlet noted that the information regarding Tesla’s reforestation initiatives was gathered from individuals familiar with the project. That being said, with about 62% of the project now completed, expectations are high that the remaining 38% of the trees would be planted this year.

The update seemed to have been confirmed by the Naturraum für Generationen, as the agency opted to retweet a post outlining rbb24’s findings on Tesla’s reforestation efforts on its official Twitter account. Interestingly enough, with more than 175 hectares worth of trees already being planted, Tesla has effectively met German environmental regulations, which require a tree to be planted for every tree that is cut down.

#treelon
According to German environmental law, Tesla must plant a new tree for every one that is cut down.
The cleared area is equivalent to 294ha, of which 62% has already been replanted and the remaining 38% will be planted this year.

The progress of Giga Berlin’s reforestation initiatives has been received positively so far. Martin Szaramowitz from the Brandenburg Land Agency noted that “everything is growing quite well here” while examining a field near Beeskow. Naturraum für Generationen Executive Director Axel Behmann, for his part, lauded the project for creating a mixed forest with trees that are of the highest ecological quality.

“Here, we have the opportunity to imitate nature and to design the forest in such a way that it is as good for the climate as possible. This is real pioneering work that we are doing here. Reforestation in this diversity – has never happened before,” Behmann noted.

Of course, there is no assurance that all the trees planted by Tesla and the NfG would fully mature, especially as the adverse effectsof climate change become more prominent. Thus, in about eight to ten years, the forest authority would be checking if the reforestation had been successful. In the event that Tesla’s planted mixed forest is found lacking, Szaramowitz noted that some reworking would have to be done. Considering Tesla’s willingness to plant three times more trees than it had cut, however, even a potential rework would likely not be an issue.

Tesla’s reforestation efforts for Gigafactory Berlin is over halfway done