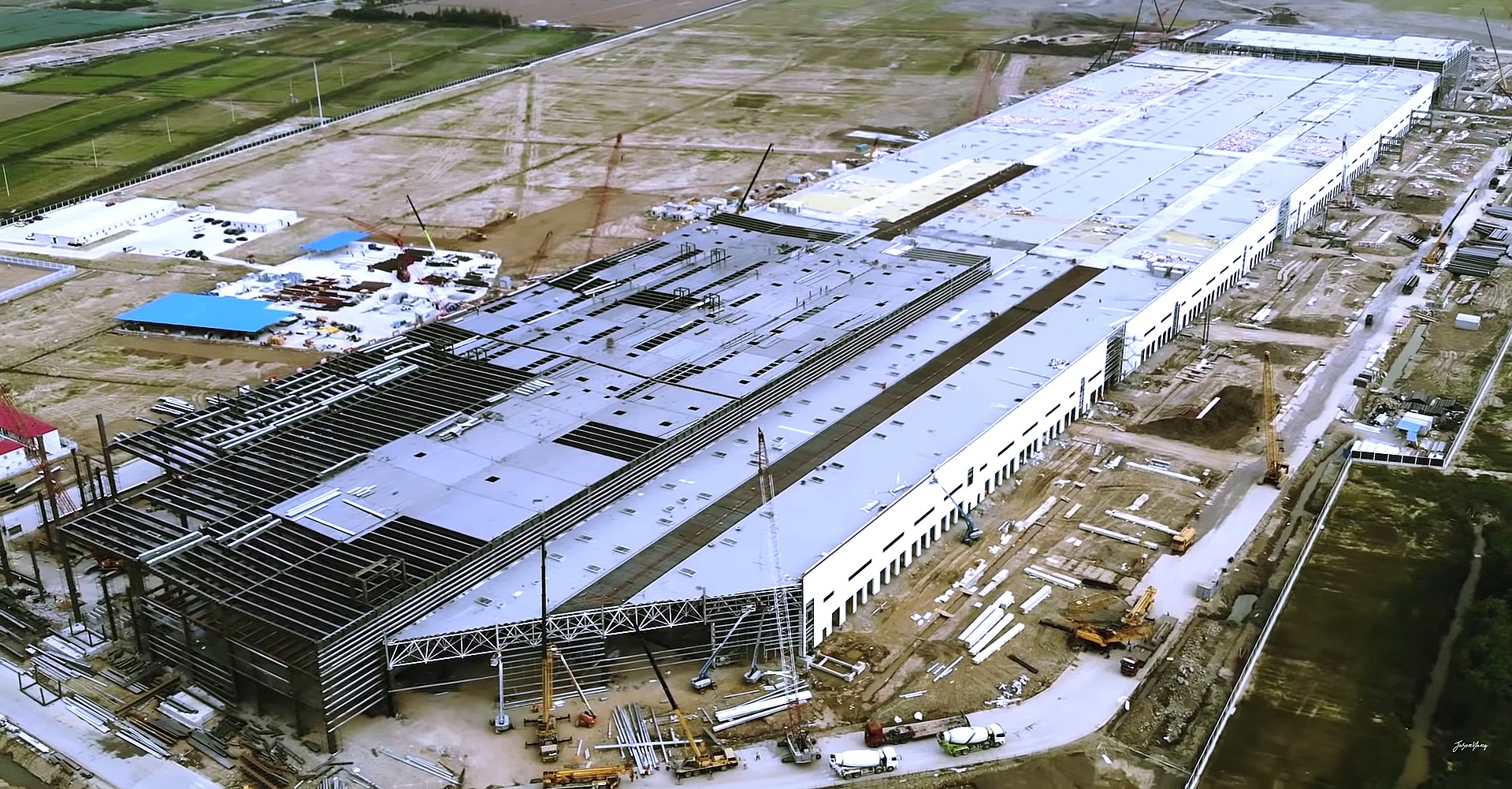 A flyover of Tesla’s Gigafactory 3 site in Shanghai shows that work on the upcoming electric car factory is continuing at an incredibly rapid rate. Based on the progress of the facility’s construction so far, it appears that Gigafactory 3’s workforce has all but shifted to overdrive as they attempt to finish the initial buildout of the site’s Phase 1 area by the end of May.

Comparing the drone footage captured on May 13 to those captured the week before, it is easy to see how much progress the Gigafactory 3 site has achieved. External walls have been installed over most of the facility, and even areas such as the rumored stamping section are getting their roofing done. There are also fewer cranes on the site, suggesting that a significant portion of the work has shifted to the interior of the upcoming general assembly building.

Also notable in the recent drone flyover was footage of what appears to be dormitories for the upcoming electric car factory’s workers. The units are two stories high and seemingly modular, which would likely make them easy to expand at a later time. The dorms look well-built and refined as well, suggesting that the units might be built to last. Perhaps Tesla will be housing some of Gigafactory 3’s employees on the site? Such a strategy could benefit the company, especially if the factory operates 24/7.

One thing that is almost inevitable considering the speed of Gigafactory 3’s construction is the completion of the Phase 1 buildout, which includes a massive general assembly building for the Tesla Model 3 and Model Y. Shanghai official Chen Mingbo, who currently serves as the head of the city’s economic and information technology commission, announced during the annual parliamentary meeting back in March that the initial buildout of Gigafactory 3 should be done in May. That target date falls somewhere within the next couple of weeks.

If China’s workforce meets its target deadline for the completion of Gigafactory 3’s initial construction, it could accelerate the timeline for the electric car maker’s Model 3 trial production. During the facility’s groundbreaking event in January, Elon Musk stated that the first Model 3 could roll out of Gigafactory 3 by the end of the year. If China’s workforce completes the facility’s initial buildout this month, Model 3 trial production could start as early as September.

China is a country that specializes in rapid construction initiatives. But even among the impressively-quick buildouts that China has accomplished in the past, Gigafactory 3 could very well be on a completely different level. Chang Yan CY, Senior Editor of Tencent Auto, noted that China’s record for the fastest buildout of an industrial-grade facility like Gigafactory 3 had been 17 months. This is a record that Gigafactory 3 is on track of beating.