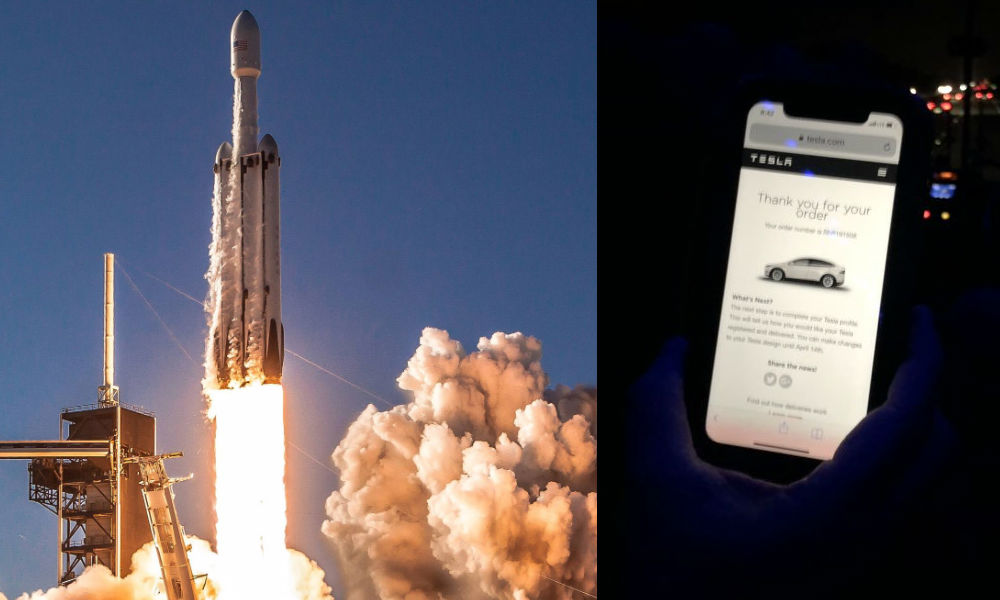 For the longest time, Billy Hurin knew that his son’s electric car from Tesla was an excellent vehicle. His son, Chad Hurin, runs Frunk Yea, a Tesla rental service with operations in Southern California and Florida. For years, Chad had been trying to get his dad to buy a Tesla for himself, but the man remained a holdout. He loved the cars, but he was just not ready to commit yet.

Things changed when Billy joined his son on a recent trip to Launch Complex 39A of NASA’s Kennedy Space Center in Cape Canaveral, FL to see the first commercial launch of SpaceX’s Falcon Heavy. After witnessing the awe-inspiring flight of the rocket and the synchronized landing of its two side boosters, the longtime Tesla holdout decided that the time was finally right. In a shuttle back from the event, Billy went over to Tesla’s website and ordered a white Model X 100D with white interior and six seats.

In a comment to Teslarati, Chad Hurin noted that it was the entire experience that really sealed the deal for his dad. Apart from the awe inspired by the massive rocket’s launch, the electric car rental service owner stated that his dad’s firsthand interactions with members of the Tesla community may have influenced his decision to purchase a Model X. The Tesla community is a close-knit group, and this was particularly true for owners who attended the Falcon Heavy launch.

Tesla owners were invited to the SpaceX event as a reward from the company’s previous referral programs. The Falcon Heavy launch invitation was one of the “secret levels” offered by Tesla, and it involved having an owner inviting a guest of their choosing to witness the historic Falcon Heavy flight. Chad Hurin was among these owners, and so were other active Tesla community members. A number of social media influencers were at the event as well.

Perhaps what is quite remarkable with Billy Hurin’s story is proof that Elon Musk’s private space firm and his electric car company could work together to inspire people. The now-Model X owner always knew that Teslas were great cars, but it took an experience with SpaceX that ultimately encouraged him to pull the trigger. Poking fun at the circumstances, Chad joked that after failing for years, he might have found the perfect way to sell Teslas. “I guess we’re not good enough salesmen. We’ve literally tried to tell him what’s up for the past 2 yrs. How to close deals on Tesla: Invite them to (a) SpaceX launch,” he wrote.

What is rather interesting is that both SpaceX and Tesla are companies that Elon Musk founded with a larger mission in mind. SpaceX exists to make it possible for humans to be a multiplanetary species. Tesla exists to accelerate the world’s transition to sustainable energy. While both companies are still taking the first steps towards their respective goals, they are already, even at their current state, establishments that truly inspire people.