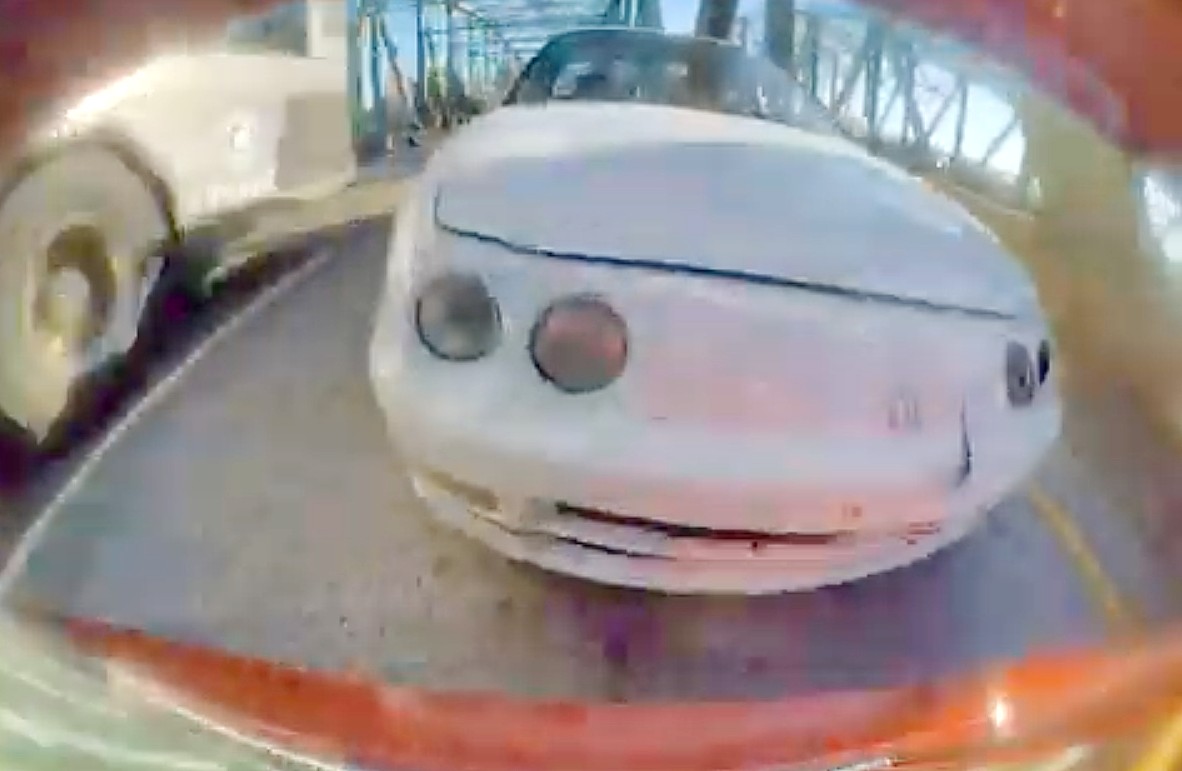 There are advantages to having a vehicle with instant acceleration. Stop lights become more fun, and occasionally, it’s equally to surprise some high-performance gas cars with a sudden sprint. At times, though, this instant acceleration becomes a safety feature, as recently proven by Tesla owner Daniel Spalding, who avoided a potentially nasty crash by a hair’s breadth thanks to his Model 3’s torque.

Spalding, who has been documenting his ownership experience in his YouTube channel, recently shared a rather tense video that he recorded recently. The video was brief, but it featured something that no driver ever wants to see from the rear — a fast-approaching car that’s not decelerating enough. Usually, incidents like this end up with both cars being damaged significantly. Some drivers and passengers may even get injured.

Fortunately for Spalding, his Model 3 can access its full power when he floors the accelerator. In his video’s description, the Model 3 owner noted that traffic in front of him came to a sudden stop, and as it turned out, the car behind him — what appeared to be an Acura Integra — was clearly not paying attention. When he realized that the car behind him was about to hit him, Spalding floored his Model 3’s accelerator.

The response was instant, with the all-electric sedan immediately accelerating forward. Thanks to this, the Model 3 was able to avoid getting rear-ended by the car following it. A video of the incident showed that the Model 3 was able to avoid a crash by just an inch or so. If the all-electric sedan did not have instant access to its power, if its acceleration was similar to a gas or diesel car, the incident could have had a far worse outcome.

“I had seen videos like this before but this was my first time being in the situation. Traffic came to a standstill in front of me but the car behind me was distracted. I saw him not slowing down so I floored the accelerator since some space appeared in front of me. Looking at the video you can see it happened just in time to avoid being rear-ended by an inch,” Spalding noted in a comment in the r/TeslaMotors subreddit.

Teslas are among the safest cars on the road, and the Model 3 is filled to the brim with safety features. However, sometimes, accident prevention could come down to some old-school driver reflexes. Thankfully, Spalding was composed enough to react promptly to the incoming car, and just as luck would have it, his Model 3 was prepared to go full power at a moment’s notice. And because of this, both Spalding and the owner of the Acura Integra were able to escape harm.

Watch the footage from Spalding’s vehicle in the videos below.