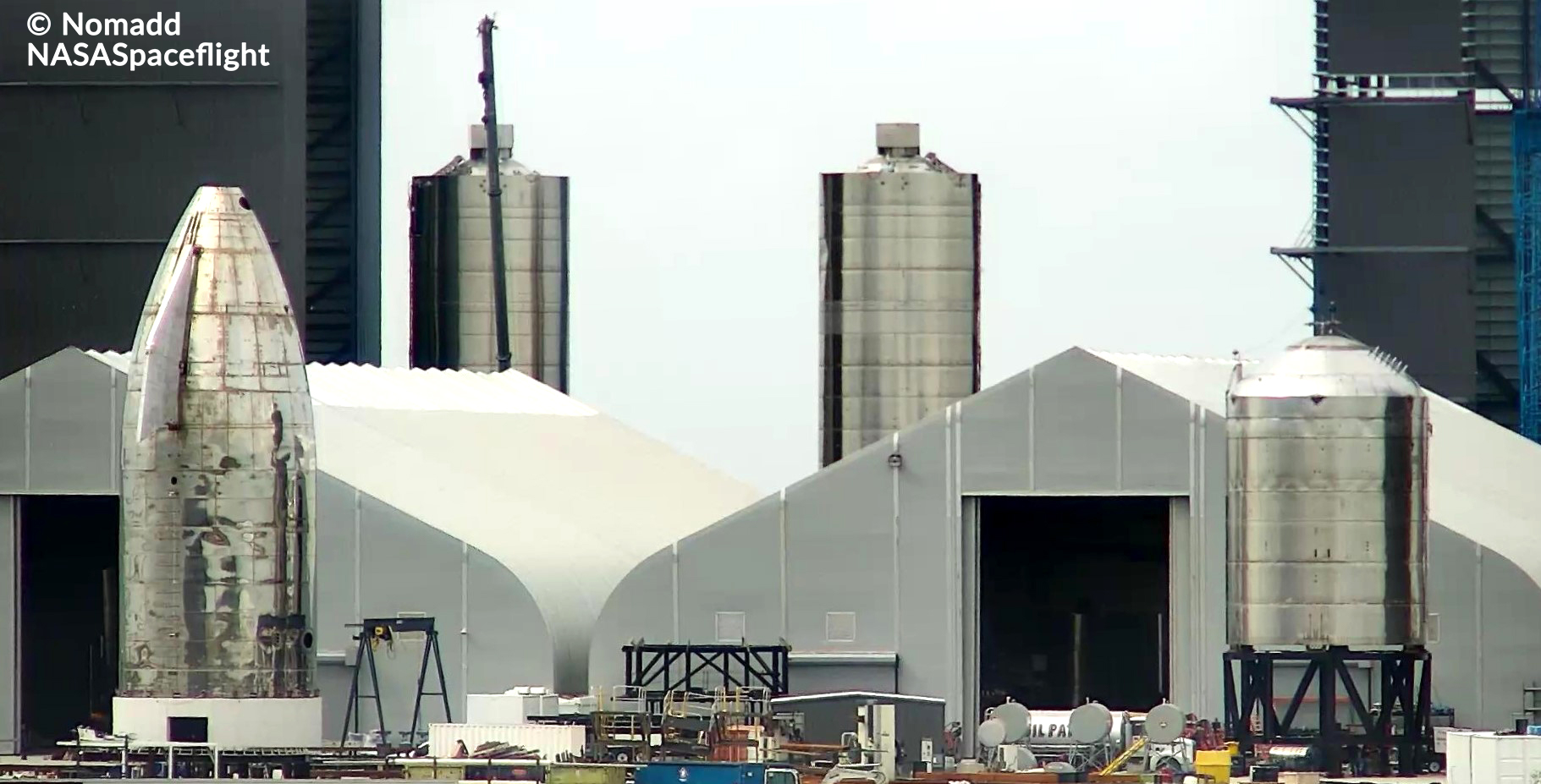 Four days after the rocket’s hop debut, SpaceX has safely returned its second flight-proven Starship prototype to an assembly building for refurbishment, making way for a new ‘test tank’ at the launch pad.

Significant work remains to speed up the post-hop process, which appears to currently amount to some ~48 hours of gradual, uncontrolled detanking and depressurization. Regardless, a bit least than four days after a successful launch and landing, Starship SN6 was rolled back to SpaceX’s Boca Chica, Texas production facilities around 9am CDT, September 7th. Just five hours after that, Starship test tank SN7.1 – the second in a planned series of two – was loaded onto the same transporter and shipped down the road to the launch pad.

Since its first hop, over the last 30 days, SpaceX has inspected and refurbished Starship SN5 to help support what CEO Elon Musk has described as “several short hops to smooth out [the] launch process.” SN6’s success (and the intact launch infrastructure it thus left behind) now means that SN5 will almost certainly be reused in the near future. It’s unclear how many hops will be needed for Starship launch operations to be optimized into a smooth process but 4+ (2 x SN5, 2 x SN6) seems to be a safe bet.

However, SN5’s second hop will have to wait. Up next on SpaceX’s South Texas manifest is the fifth in a series of intentionally destructive tank tests, used to qualify (or disqualify) new Starship designs, manufacturing techniques, and materials. Known as Starship SN7.1, this particular test tank is the second in a series of two meant to determine the capabilities of a new steel alloy.

The first tank, SN7, was (successfully) tested to destruction on June 23rd and is believed to have reached record pressures before it failed. Perhaps more importantly, an unintentional leak during one of SN7’s first pressure test attempts proved that the new 304L (-ish) steel alloy it was built out of would make certain failure modes far less catastrophic (i.e. a leak instead of a violent rupture).

SN7 was a single basic test tank: an upper dome, lower dome, and three steel rings. SN7.1 is significantly more complex, adding a skirt section with hold-down clamps at the base and replacing the aft tank dome with a thrust dome and thrust puck (Raptor engine attachment points). SN7 was simply loaded with cryogenic liquid nitrogen and pressurized. SN7.1 – thanks to the addition of a thrust puck and skirt section – will perform similar cryo pressure tests but will also be subject to the simulated thrust of three Raptor engines with a series of hydraulic rams.

As of now, SpaceX has road closures scheduled today and tomorrow (Sept 8th) from 8am to 8pm CDT – tomorrow likely being the earliest opportunity for SN7.1 testing to begin.