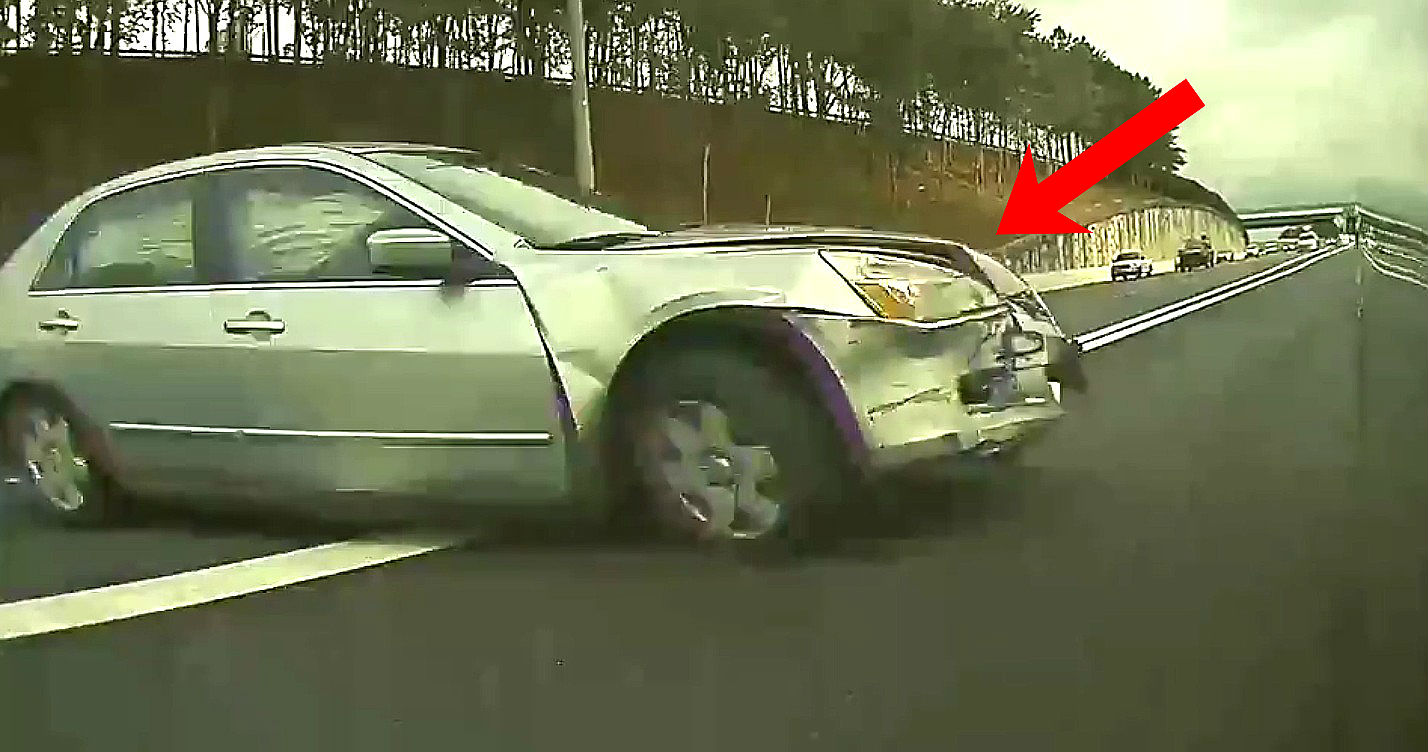 A Tesla Model 3 driver is thanking his electric sedan’s instant torque and impressive acceleration for saving him from a potentially serious accident. Thanks to quick reflexes, a little bit of luck, and the vehicle’s all-electric design, the Model 3 owner was able to continue his journey shaken but unharmed.

INTELSAT chief architect Joel Trimble II was driving his Long Range RWD Model 3 at the I-75 S in Atlanta, GA this Wednesday when he noticed something alarming at the far side of the road. At the rightmost lane, a Honda Accord violently slammed into the right wall, and because of the impact, the Japanese sedan bounced off and veered towards the left lane, straight into the Model 3.

Everything happened in a split second. The Model 3 owner promptly took control of his vehicle, disengaging Autopilot and veering to the left before flooring the electric sedan’s accelerator. The Tesla Model 3’s electric motor’s instant torque immediately kicked in, allowing the vehicle to accelerate with such urgency that it cleanly evaded the out-of-control sedan.

As could be seen in footage taken from the Model 3’s built-in dashcam, the electric car was able to accelerate just fast enough to escape the Honda as it smashed into the median. Had Trimble been driving a vehicle with an internal combustion engine (which does not feature instant torque), his car might have been clipped, or worse, T-boned.

In a message to Teslarati, the INTELSAT chief architect noted that his Model 3’s torque was most probably the factor that ultimately saved him from what could very well have been a severe collision. “I love this car and the torque. I think the main message for me was the immediate torque. I honestly feel like it saved my life,” he noted.

It should be noted that all of Tesla’s vehicles are capable of accelerating at max torque in an instant. It should also be noted that Trimble’s Model 3 is a Long Range RWD variant, one of Tesla’s more conservatively-specced vehicles. With this in mind, the Model 3’s impressive feat in the dashcam video could very well be replicated by other cars in Tesla’s lineup, such as the Model S and Model X.

The Tesla Model 3 is among the safest vehicles on the road today, earning a perfect 5-Star rating from the NHTSA in all categories and subcategories. This is partly due to the vehicle’s well-equipped safety features, as well as its all-electric construction, which gives the Model 3 generous crumple zones both front and back. As shown in this recent video, it appears that even the Model 3’s impressive acceleration could be used to save lives as well.

Watch a Tesla Model 3’s close call with an out-of-control Honda Accord in the video below.