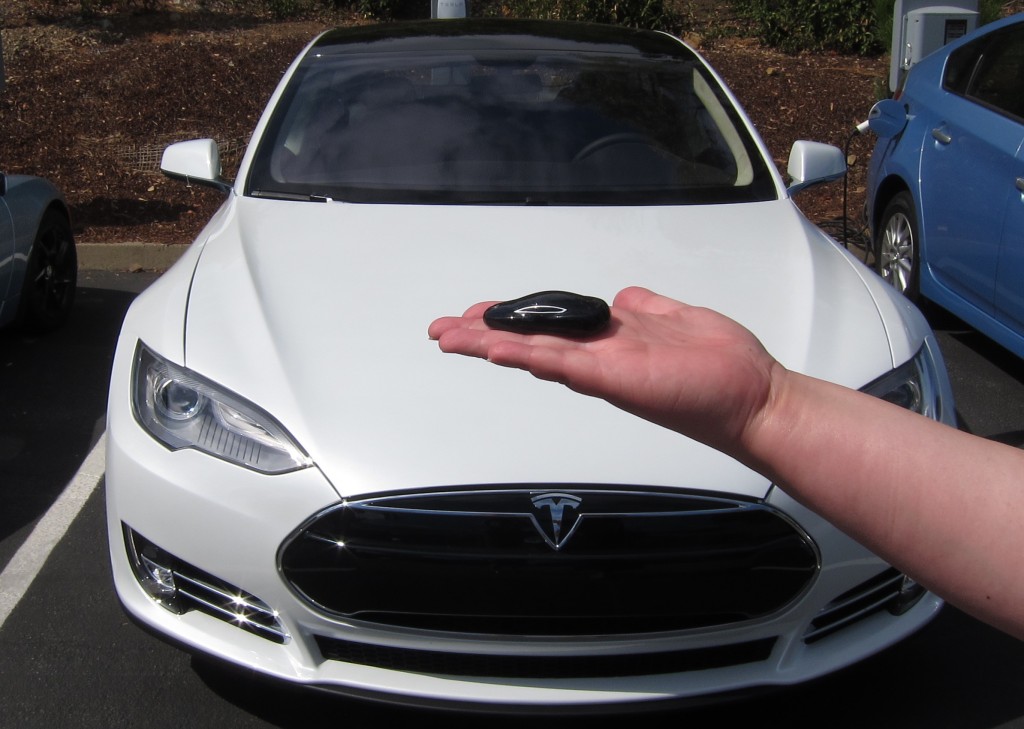 It’s been nearly two years since Tesla first introduced its Keyless Driving feature that allows, as its name implies, owners to drive their Model S, Model X, and presumably the future Model 3 without the use of a key fob. I provided a basic review of Tesla Keyless Driving when it was first released via an over-the-air firmware update, but figured I can share some new tips on how I’ve been able to leverage this feature now that I’ve had some time to become acclimated to it. Just to remind everyone what the feature is, it’s the ability to drive your Tesla using without having the key fob present. Using the company’s mobile app. one can browse to the “Controls” tab, tap the “Start” button, enter your Tesla.com password and begin driving the vehicle.

Note that enabling your car for Keyless Driving doesn’t unlock it, so you’ll have to first unlock the car, also via the app, then go through the keyless driving process mentioned above, and then drive. There’s no restriction on how far you can drive while using this mode, but the minute you put the vehicle  into P(ark), you’ll need to go through the process again before you can begin driving. Keyless Driving is contingent upon the fact that both the device where the Tesla app is installed on, and the Tesla Model S or Model X looking to be driven, will need to have a working internet connection, either WiFi or cellular service. This can be an issue if you’re in a location with poor cell coverage including underground parking structures, etc. Unfortunately, there are no workarounds for this.

Entering your Tesla password each time you want to start the car is a real pain. Even if you use a password manager like 1Password you still have to flip back and forth and copy and paste the password. If you can remember the password or it is easy to enter you may want to rethink your password security.
Fortunately, there’s a workaround to this inconvenience assuming you’re using a newer iOS device with Touch ID. If you can bear the fact you’ll be using a 3rd party app, I suggest using the “Remote S” app which has done a great job leveraging Touch ID.

TIP: Placing your fingerprint on Apple’s home button will allow you to quickly start your car without having to login each time. You’ll still need to ‘Unlock’ and ‘Start’ the vehicle via a tap of a button, but it’s a heck of a lot better than entering your password each time.

When to use Keyless Driving

For the longest time, I didn’t use Keyless Driving over concern that I would not have internet access in some of the regular places that I park. However, once I was able to find a daily routine that would allow me to park in an area that has internet, I began using Keyless Driving on the regular.

I go to a local gym several times a week and find that having a key fob in my pant pocket while working out to be a nuisance. Sure I could hang my key set on the wall along with all of the other keys but I wasn’t too keen on that idea. The gym is located in an area with adequate cellular service for both the car and my phone. When I head to the gym, my fob stays at home with my street clothes, and I solely use the app to unlock and start the car. As an added bonus, I preset the climate control of the car to kick on as I near the end of my workout allowing me to enter a refreshingly cool car.

TIP: Find a life routine that allows you to park in areas of known network reception (ie. weekly groceries, gym, school drop off/pickup, etc.) and use Tesla Keyless Driving then.

BONUS: Lighten your pockets and go completely keyless (even house keys) when pairing your Tesla with smart home technology.

There was another story I read about someone wanting to let a friend drive his car while he was away on business. Using Tesla Keyless Driving can make sense in that scenario, but obviously only if you really trust the person. After one of my daily workouts, I had to stop at the local bank while on the way home. I parked, got out of the car and went ahead with my usual banking transaction. On the way back to the car I realized I had left my phone in my car. This usually means you’re going to need to call someone for help, but for me, this turned out ok.

As I walked back from the bank, I brought up Remote S on my watch and unlocked the car. The Apple Watch is a good backup for a phone locked in the car when using Keyless Driving.

Having the additional safety net of the watch was really nice. Without that, it may have ended my Keyless Driving use. Note that your phone must be within Bluetooth reach of your watch for the Apple Watch access to work.

Also, if you’ve lost or broken your phone, don’t expect to be doing any Keyless Driving with the Apple Watch alone. The Apple Watch does very little without Bluetooth connectivity to your phone.

I’ve heard that Tesla Service may be able to remotely unlock your car for you if the car has a network connection. If your phone is locked in the car, then you’ll have to find the phone number and borrow a phone but you may be able to get yourself unstuck that way too.

Keyless Driving can be a very useful feature under just the right circumstances, but you need to be careful with it to avoid getting stranded. Many owners I’ve spoken to don’t use the feature because of that reason, but with a proper with smart planning and a back up plan, Keyless Driving can be useful.

Keyless Driving would be much more reliable and useful if it used some form of near-field communications (NFC) with your phone to allow it to unlock and start your car. That technology is fairly new, but it would be a nice upgrade in newer Teslas. An NFC approach would avoid the unreliable network issues which are often the main cause for trouble with the feature.

As a bare minimum, Tesla should add Touch ID and Apple Watch support to their app. It’s silly that basic features like this are missing especially with a feature that’s been around for two years. Without that support, owners are forced to resort to third party apps using an undocumented and unsupported programming interface from Tesla.