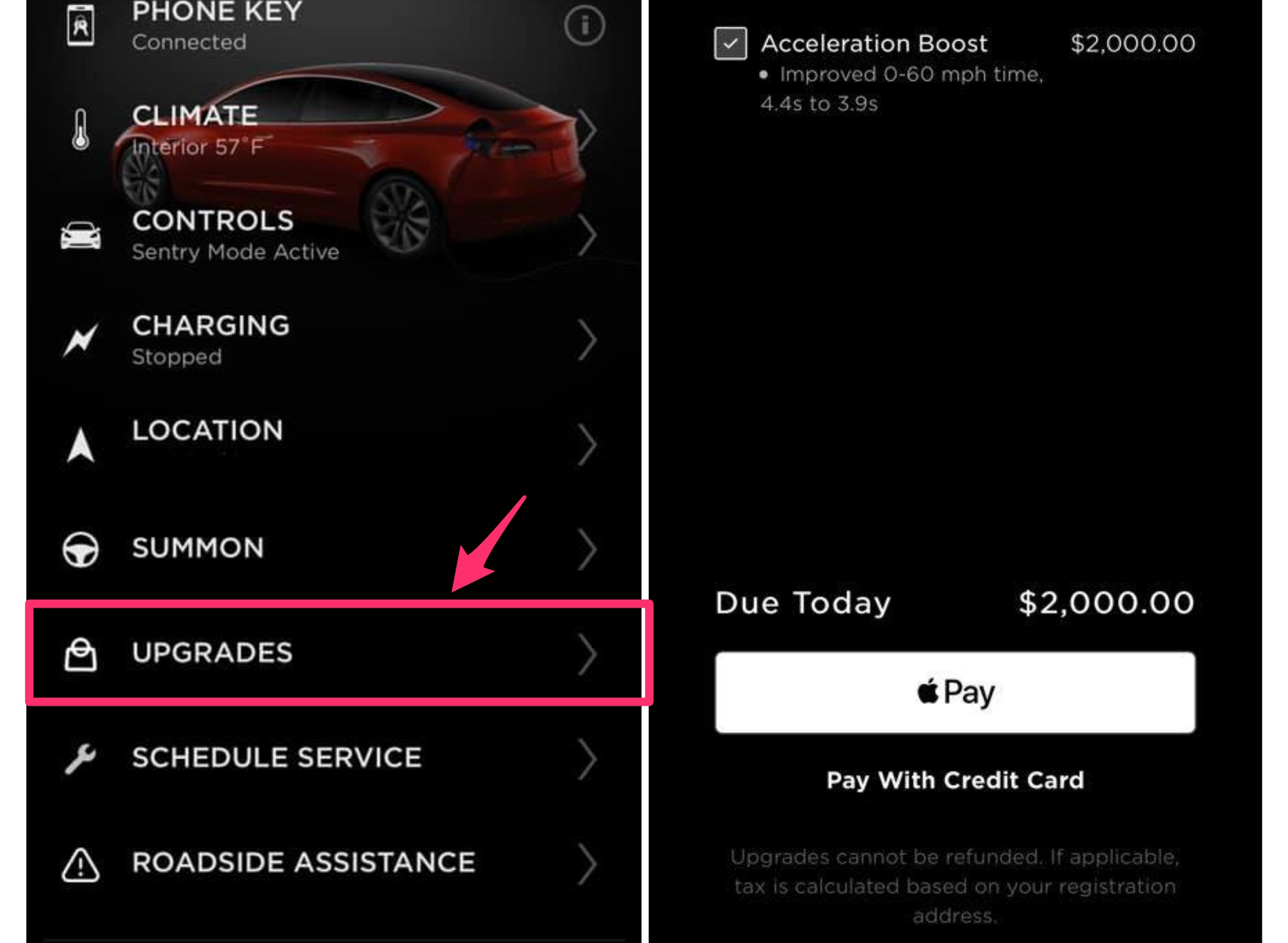 Tesla has rolled out an updated version of its mobile app that includes a new ‘Upgrades’ section for in-app purchasing of vehicle features.

Following our report of a new Acceleration Boost upgrade coming to Model 3 Dual Motor owners that will drop 0-60 mph times from 4.4 seconds to 3.9 seconds, owners have taken notice of a new Upgrades section in their Tesla Account and mobile app. Vehicles must be running at least version 2019.40.2. to be eligible for the performance update.

The over-the-air Acceleration Boost upgrade will set Model 3 owners back $2,000, before taxes, in exchange for a notable half-second improvement in 0-60 mph times. While Tesla has only made the purchase option available to Model 3 Dual Motor owners, DragTimes discovered source code inside the Tesla Account page and Model 3 configurator that points to Long Range rear-wheel-drive variants also being eligible for the Acceleration Boost upgrade.

Over-the-air (OTA) upgrades are nothing new for Tesla, for example, the last OTA software update in November for the Tesla Model 3 Standard Range Plus improved the vehicle’s Supercharging peak power to 170kW, roughly an increase of 50 to 70 percent from its 100-120kW charge rate.

Charging Tesla owners for features that can easily be updated via OTA updates become a cash cow for Tesla. In Q3 2019, the electric car manufacturer delivered 79,600 Model 3 units and expects to increase that number exponentially as the company seeks out efficiencies in manufacturing and logistics. Giving Tesla owners on-demand and in-app purchasing capabilities only facilitates that additional, low-friction revenue stream.

On Wednesday, Tesla hit a record in market cap at $70 billion after shares traded at a new all-time high.