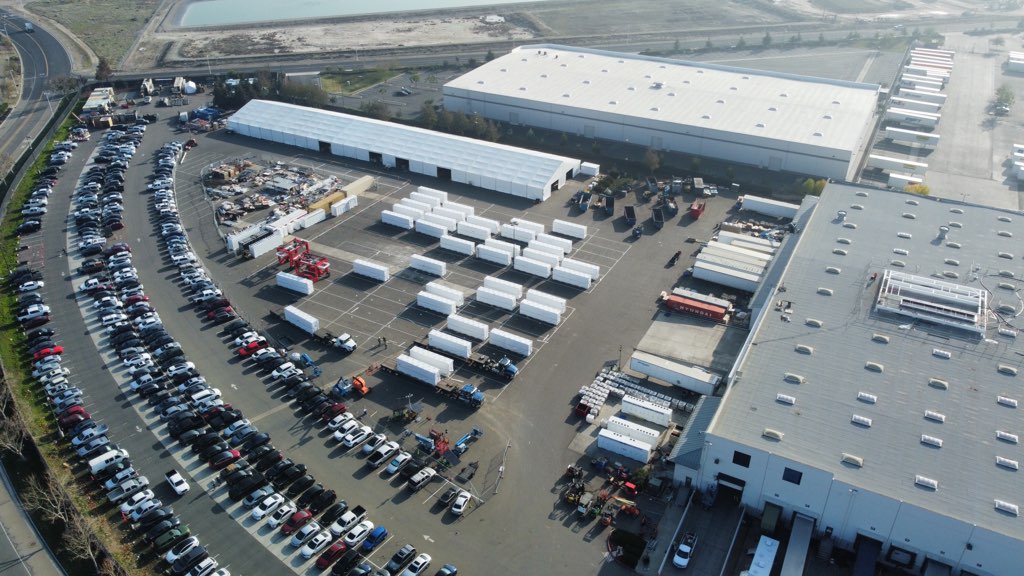 Tesla Energy does not get as much attention as the company’s electric vehicles, but it has achieved its own fair share of milestones over the course of 2022. And thanks to the Lathrop Megafactory, which produces Megapack batteries, Tesla Energy could very well achieve even more milestones in the coming years.

Tesla recently listed a summary of its most important accomplishments in 2022. Among these was the opening of the Megafactory, which is located in Lathrop, California. The Megafactory is quite unique in the way that it specifically produces the company’s Megapack batteries, which are designed for commercial use. And as per Tesla’s recent Twitter posts, the Megafactory can produce 10,000 Megapack units per year.

That’s a substantial number of Megapacks from the Lathrop Megafactory alone. At over $2 million each, a production of 10,000 Megapacks per year could provide Tesla with sales of over $20 billion. Provided that Tesla’s gross profit per Megapack is significant, the company could start to see Tesla Energy’s contributions to its bottom line grow substantially in the coming years.

Elon Musk predicted way back in 2014 that “there’s essentially quasi-infinite demand for energy storage if the energy density and the price are good enough.” Considering the progress of the battery sector in recent years, the time may be ripe for battery storage systems to become mainstream. The wait times for the Megapack certainly suggest that Musk was onto something when he made his prediction in 2014, as the earliest estimated deliveries for the commercial battery on Tesla’s website are listed at Q3 2024.

So far, all eyes would likely be on the Megafactory to see just how well Tesla could ramp the production of the Megapack. Aerial flyovers of the facility this month suggest that just like plants like the Fremont Factory, the Lathrop Megafactory is currently pushing hard to produce and deliver as many Megapacks as possible before the end of the year.