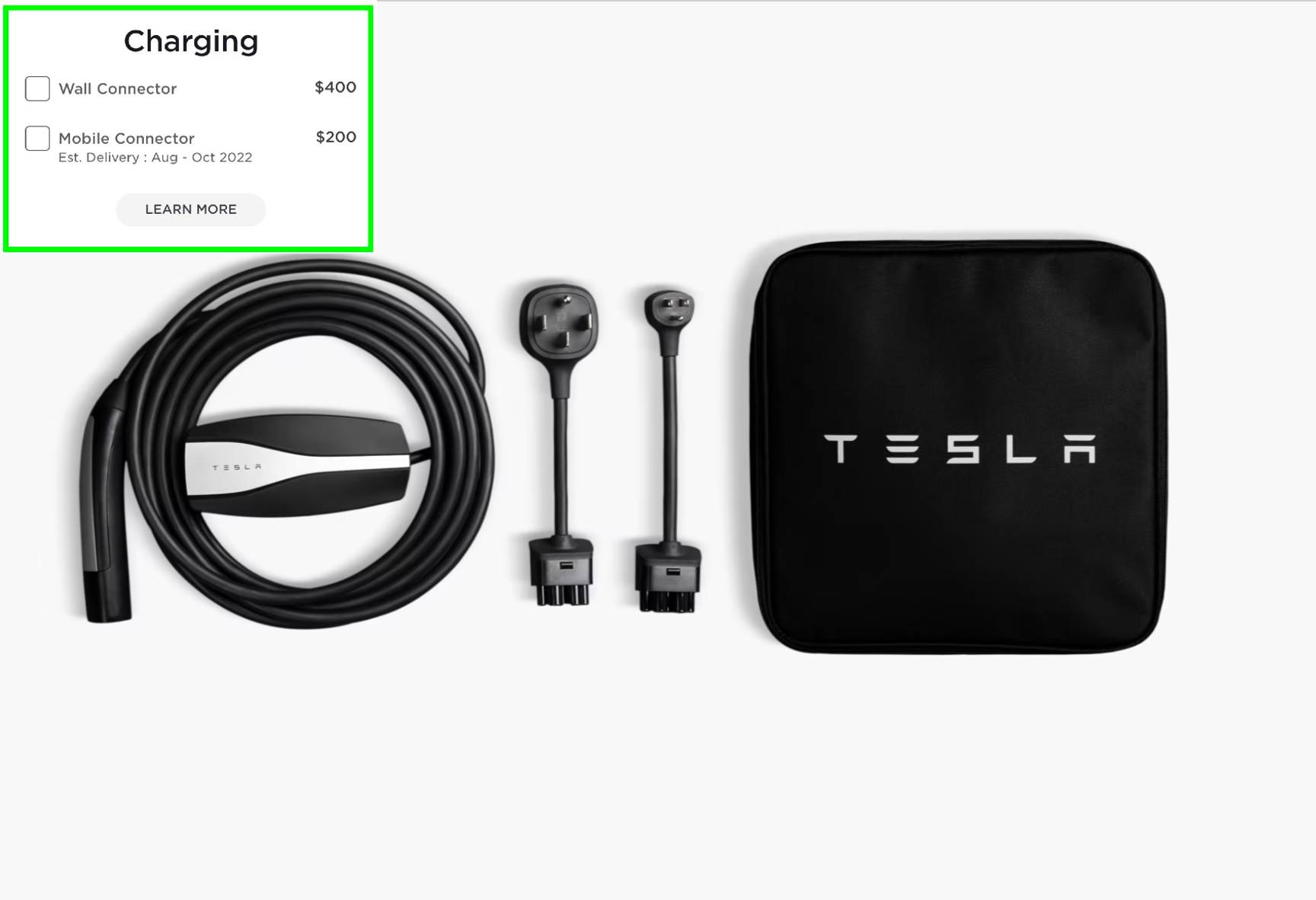 Recently, Tesla updated its order page, allowing customers to purchase chargers while ordering their custom vehicles. Tesla is charging $400 for a Wall Connector and $200 for a Mobile Connector.

Tesla’s Wall Connector comes with a 24-foot cable and allows owners to charge their vehicles at home. According to Tesla’s description, the Wall Connector needs to be installed, but installation is not included.

Then there is the Mobile Connector, which will come in handy on long trips away from home.

Earlier this month, Tesla announced that orders after April 17 would not include a Mobile Charging Connector. The decision received pushback and criticism from some Tesla owners and enthusiasts.

“Usage statistics were super low, so seemed wasteful. On the (minor) plus side, we will be including more plug adapters with the mobile connector kit,” explained Elon Musk.

Musk added that the Tesla Mobile Connector was unnecessary if owners had a Wall Connector or used Superchargers. He advised customers expecting Tesla deliveries to install a Wall Connector “well before car arrives.”

Tesla used statistics to make its decision about the Mobile Charging Connector. The company has a history of using data to make decisions concerning its vehicles. For instance, lumbar support for the Model 3 and Model Y were removed after logs showed that passengers never really used the feature.