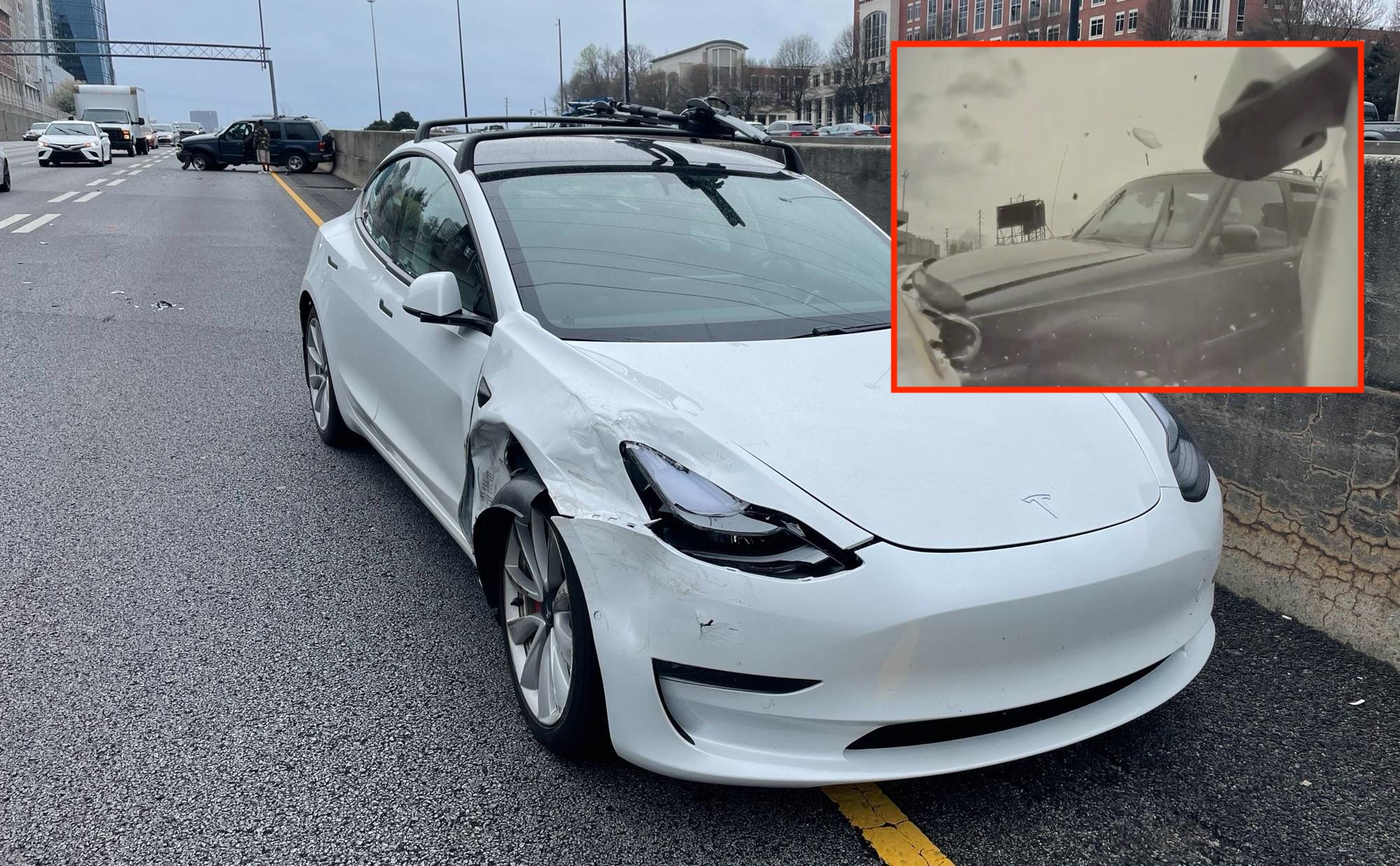 The Tesla Model 3 may be the company’s smallest car available for today, but it is still a pretty heavy vehicle. Even its lightest variant, the base Model 3 RWD, weighs over 3,500 pounds. This is mainly due to the all-electric sedan’s large battery pack, which also happens to give the vehicle a very low center of gravity.

This low center of gravity and weight came in handy for a Model 3 that was involved in a crash with a Ford Explorer. As could be seen in a video of the incident, which was shared on the r/TeslaLounge subreddit, the all-electric sedan was simply driving in its lane when it was hit by the SUV. The impact when the Explorer crashed into the Model 3 was violent.

But despite the massive crash, the dashcam footage showed that the Model 3 shook the impact off. The vehicle slowed to a stop, scratched up and with heavily damaged panels. The Ford Explorer, however, was far worse off, at one point even looking like it was about to roll over. Overall, it looked like the Ford Explorer hit a moving wall, which, considering the weight of the Model 3, may not be that far from what happened.

According to the Model 3’s owner, who goes by the username u/owotwo on Reddit, his Tesla was actually only a few months old, and it was on Autopilot when the incident happened. Fortunately, he was not hurt during the crash, and the Ford Explorer’s driver was able to speak to him afterwards. The SUV’s driver claimed that he was hit by another vehicle first, which, in turn, caused him to hit the Tesla.

The dashcam footage from the Tesla unfortunately could not confirm if this was indeed the case. That being said, the Ford Explorer did appear like it was traveling at relatively high speed when it smashed into the Model 3. Hopefully, the footage from the all-electric sedan could help authorities and insurance providers determine the facts and events that led up to the accident.

There are advantages to driving a heavy car. A Ford Explorer is not a small vehicle by any means, so a lighter sedan might have fared worse than a Model 3 in the crash. A lighter car, for example, could have been pushed towards the center divider by the SUV, or it might have spun out due to the impact. Fortunately, the Model 3 is a battery-powered rolling tank, and while it sustained heavy damages, it did protect its driver from what could have been a serious crash.

Watch the Tesla Model 3 shake off a Ford Explorer in the video below.