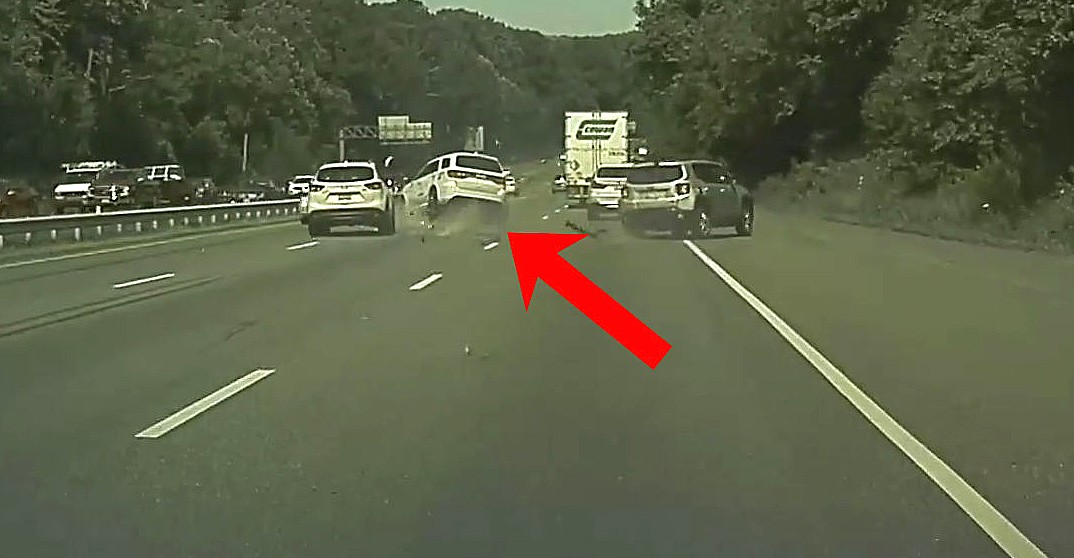 A Tesla owner recently tapped into the Model 3’s built-in dashcam feature to help authorities following a high-speed, multi-car collision. With the driver who caused the accident reportedly attempting to pass off a false narrative to authorities, it was ultimately the Model 3’s dashcam footage that provided a clear, objective account of the incident.

Tesla Model 3 owner and r/TeslaMotors member u/Adwah was driving on US Route 50, a few miles before the Eastern Shore Bridge in Maryland, when a Dodge Durango sped past the electric sedan, seemingly trying to use the merge lane to pass on the right. Following this incredibly reckless maneuver, the Dodge driver unsuccessfully attempted to thread the needle, hitting two vehicles and another Model 3 in the process.

The collision was notable, and authorities eventually arrived on the scene. Before leaving the scene of the multi-car crash, the Model 3 owner informed the police that the electric sedan captured footage of the entire incident. The authorities eventually followed up with the Tesla owner, stating that the driver of the Durango was claiming that he was swerving to avoid a speeding vehicle behind him. Unfortunately, none of the other drivers involved in the collision could confirm or deny the Dodge driver’s account.

Footage from the Model 3’s built-in dashcam was then submitted to the police. With video evidence proving that the Durango driver was driving recklessly, and with footage from the Model 3’s side cameras showing no car speeding behind the SUV, authorities were able to clarify the facts of the incident. According to the Tesla owner, the police proved quite curious about the Model 3’s built-in dashcam capabilities, which arguably helped provide an objective account of the multi-car collision.

Unfortunately, the other Model 3 that was hit by the Dodge Durango was not able to capture any footage of the incident, since the vehicle’s owner had not yet set up the feature. Later updates from the r/TeslaMotors community member note that the other individuals involved in the collision did not incur any serious injuries, though some had to be taken to a medical facility due to their vehicle not deploying its airbags. A copy of the dashcam footage had also been sent to each of the drivers whose vehicles were hit by the recklessly-driving Dodge Durango.

Tesla’s built-in dashcam feature is arguably one of the most useful features that have been released by the electric car maker through a free, over-the-air update. Since its rollout, Tesla’s built-in dashcam capabilities have helped owners in numerous ways. One Model 3 owner, for example, was able to avoid a potential insurance scam after a cyclist intentionally crashed into his electric car. More recently, a Model 3 owner was able to prove to police that a truck driver was at fault after his car was damaged in an ill-conceived three-point turn.

Watch the Tesla Model 3’s footage of a speeding Dodge Durango (and the resulting multi-car collision) in the video below.