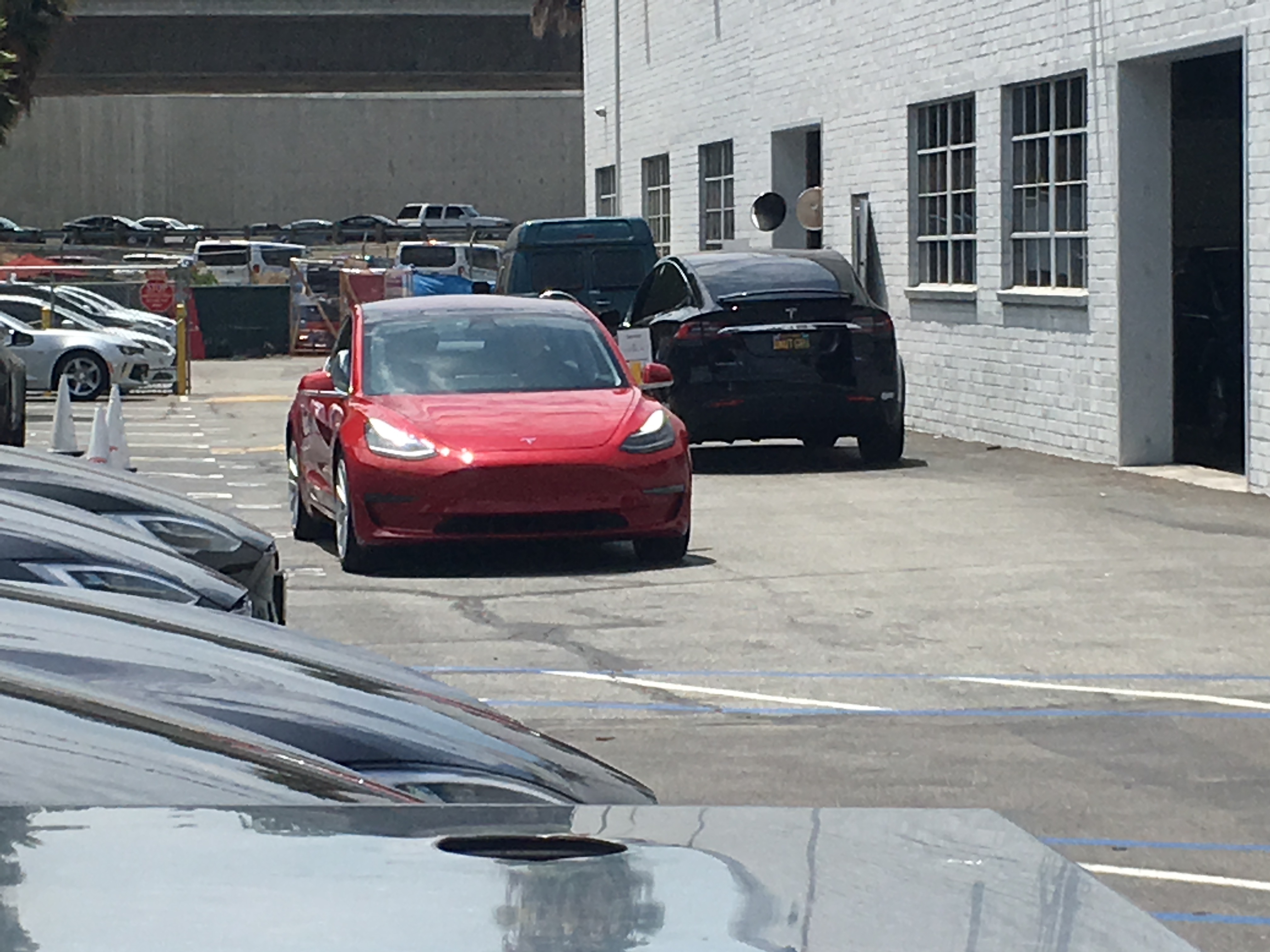 A substantial increase in Tesla Model 3 sightings over the last month could be suggesting that the California electric car maker has worked through its initial production bottlenecks. A Model 3 with vehicle identification number (VIN) ending above 2000 has been recently spotted at the company’s Fremont, Calif.-based factory, marking the highest VIN being seen to date. In addition to VIN #2077 being spotted, a Model 3 customer with VIN ending #2079 said they’re taking delivery during the second week of December, according to their comment on Reddit.

Though Tesla has said in the past that VINs are not issued in sequential order and a poor reflection of the vehicle’s production volume, Model 3 sightings with increasing VINs could be suggesting otherwise.

A scatter plot of Model 3 VINs being spotted in the wild tells a story of increasing production assignments taking place overtime. One can see a significant uptick of Model 3 VINs being reported in late November and the beginning of December. Of course, this sample data is a loose interpretation of Tesla’s actual production numbers, but it nevertheless provides some insight.

Coincidentally, late November is in the same timeframe when Tesla sent invitations to Model 3 customers, inviting them to select their vehicle options and place orders. According to messaging on Tesla’s Model 3 online configurator, deliveries were expected in 4 weeks putting first Model 3 customer handoffs to take place sometime in mid-December. 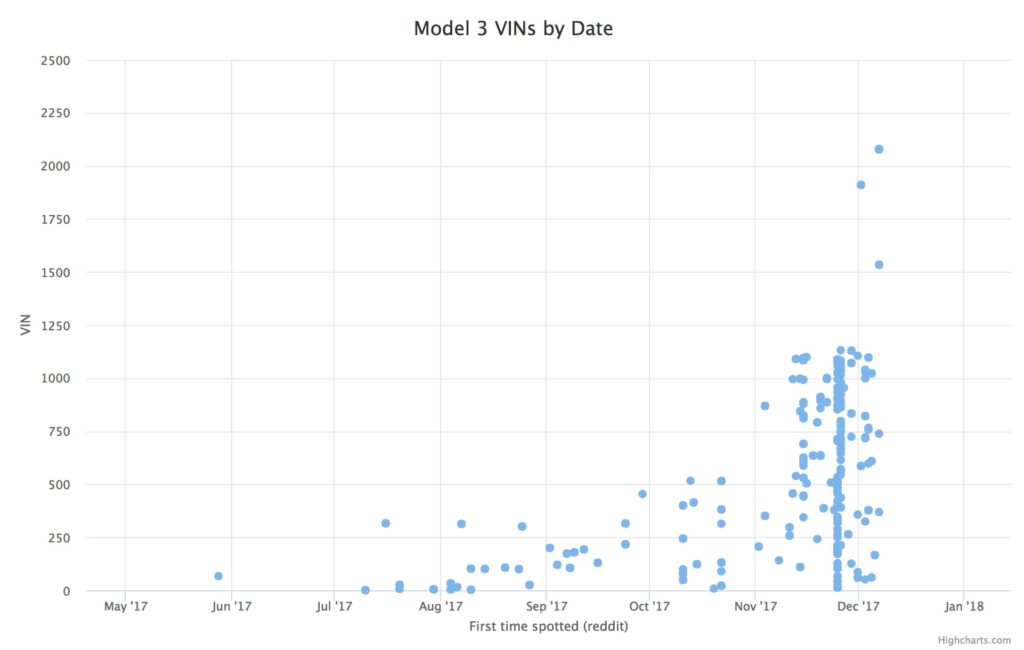 Interactive plot of Model 3 VINs posted to Reddit by date

Having secured roughly 400,000 reservations of its mass market electric car on a global level, Tesla will take a methodical approach with determining Model 3 delivery priority. The electric car maker said in an internal email to employees that Model 3 deliveries will be based on geography.

“Deliveries of Model 3 will be generally prioritized by geography, starting with owners registered in California or those taking deliveries at Fremont.” said Tesla to its employees that reserved a Model 3.

Tesla is expected to reach volume production of its mass market Model 3 by the end of the first quarter in 2018.

Below are a few recent posts on Instagram showing Model 3 owners taking delivery.

Are you a Model 3 buyer that’s about to take delivery? We want to hear from you! Send us a DM @Teslarati or email tips@teslarati.com.

Just took a ride in the Tesla model 3. Not too shabby! Thanks Ray. #tesla #model3