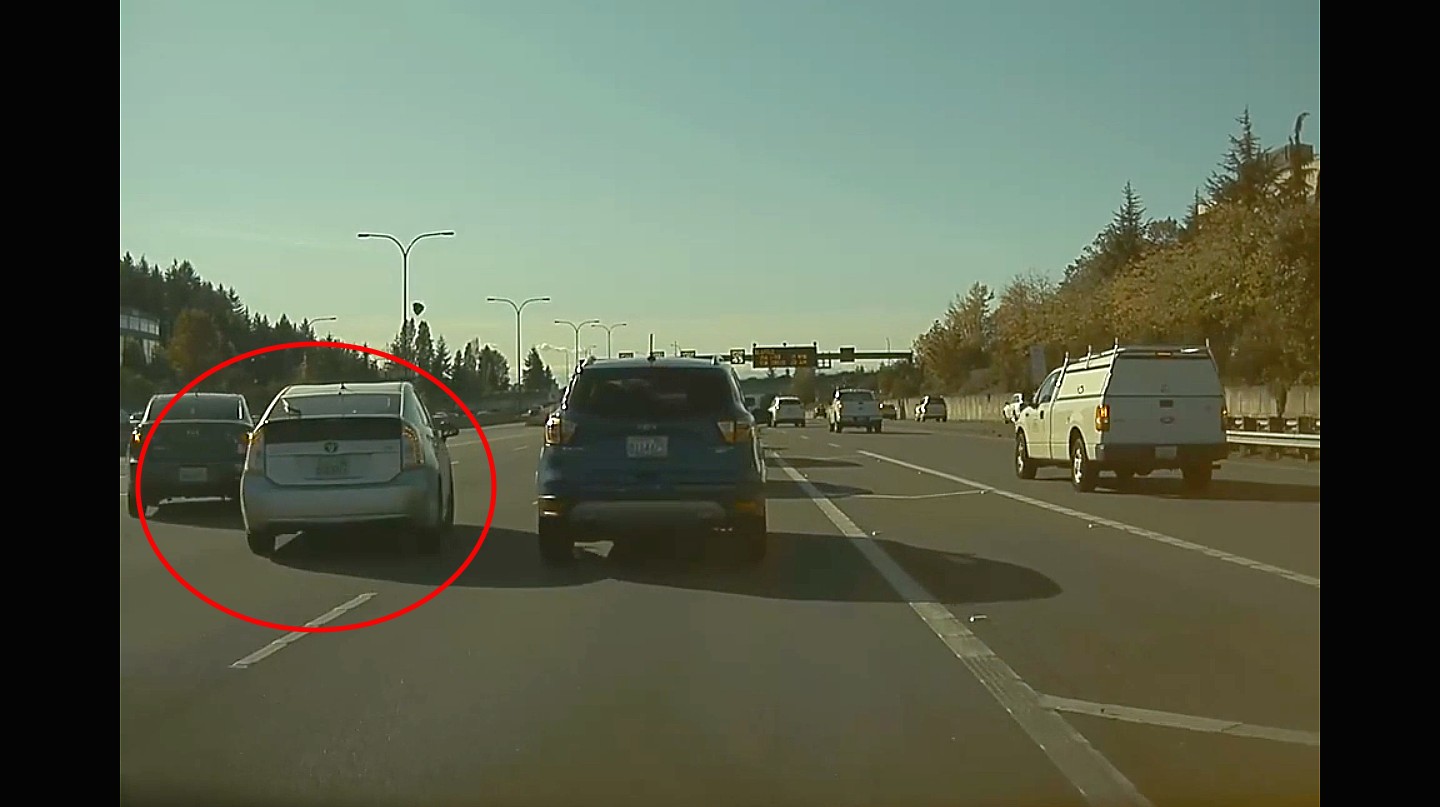 An owner of a Tesla Model 3 credits his dashcam for capturing video of a hit and run on an interstate in Washington State.

Pop Ongsakorn, aka u/poppap, shared the video on the r/TeslaMotors subreddit, where he stated that he filed a police report as a witness to the crime, and hopes that his dashcam file can help solve the case.

The accident happened at 3:46 pm PDT in Bellevue, Washington on Tuesday, October 1, 2019. “Pop” was on his way to his home in Bellevue from work in nearby Issaquah, Washington. Pop was at the interchange of I-90 and I-405 when traffic began to slow. A Toyota Prius was making its way onto I-90 and began to merge into the right-hand lane where Pop’s Model 3 was driving. Pop backed off, allowing the Prius to safely merge onto the highway.

However, the driver of the Prius was looking to merge over one more lane and tried to squeeze into a gap in between a pickup truck and a Mazda four-door sedan. The Mazda was driving at a normally moving pace when the Prius tried to merge and quickly swerved out of the way, unsuccessfully avoiding the Toyota.

The Prius and the Mazda hit one another. The Mazda came to a stop on the shoulder, while the Prius drove off. Pop stated that he has sent his dashcam footage to the Washington State Police. They have acknowledged the footage and will investigate.

Tesla’s dashcam has helped solve numerous cases in the past, including one from July 2019 where a Ford F-350 pickup truck sideswiped a Tesla Model 3. The dashcam caught the truck’s license plates and the owner was contacted by an insurance company, where he was determined to be at fault.

Witnessed today… Filing a report as witness. from r/TeslaCam