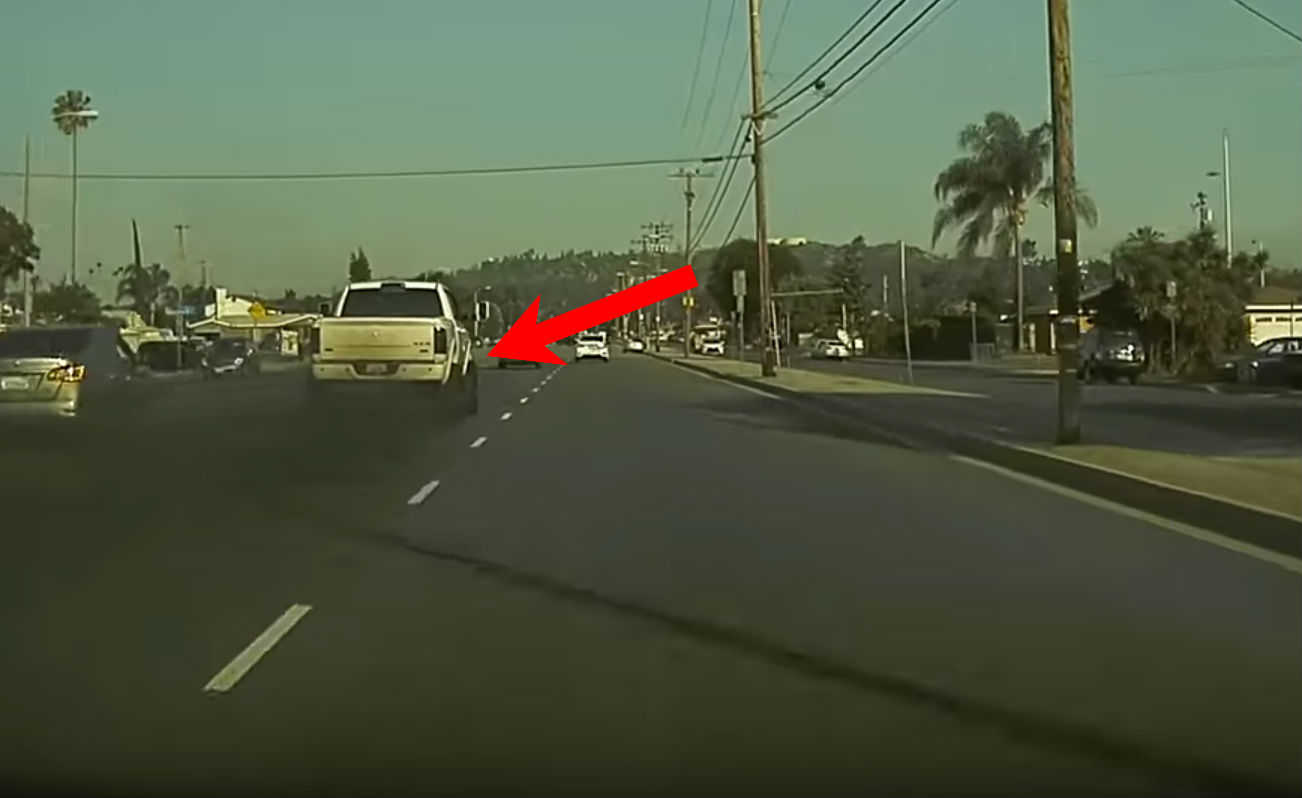 A Tesla owner recently came across a truck driver who might have been preparing a dirty surprise for his Model 3. While driving at Amar Road in West Covina, CA, Tesla Model 3 owner Jeff Esguerra noticed a white pickup truck behaving rather strangely. Seconds later, he found out why: the vehicle’s driver was apparently preparing to roll some coal on his electric sedan.

While it is difficult to determine the exact motivations of the pickup truck driver, the man behind the wheel of the vehicle did change lanes twice and slowed down significantly to let the Model 3 catch up before gunning it and blowing out thick, black smoke from his tailpipes. Later comments from the Model 3 owner also indicated that he noticed the pickup truck driver seemingly spotting his electric car from his rearview mirror before conducting the coal-rolling maneuver.

Fortunately for the Model 3 owner, he was able to change lanes just in time to avoid the pickup’s dirty surprise. Thanks to this, Esguerra was able to escape the thick, black clouds of smoke that came out of the large vehicle. The footage of the incident was also shared online, where it has resulted in debates about whether or not the pickup truck driver intentionally tried to roll coal on the Model 3, or if the event happened by accident.

Rolling coal involves the practice of intentionally blowing out excessive amounts of smoke from a diesel-powered vehicle. This is made possible by specifically modifying a truck’s motor to allow increased amounts of fuel to enter the engine. Other coal rolling enthusiasts take this concept further, with some even removing the particulate filter of their vehicles to increase the amount of smoke emitted by their trucks.

While arguably dirty, harmful for the environment, and even dangerous (vehicles that are coal-rolled lose their visibility due to all the black smoke), the practice has become some form of subculture among people that are either opposed to the rise of electric vehicles, or at least skeptical of climate change. This has caused green vehicles such as the Toyota Prius to become a popular target for coal rollers. Unfortunately for the coal roller from West Covina, the Tesla Model 3 was no Prius, and its driver was alert enough to avoid being engulfed by thick black smoke.

Watch a Tesla Model 3 avoid a coal-rolling pickup truck in the video below.