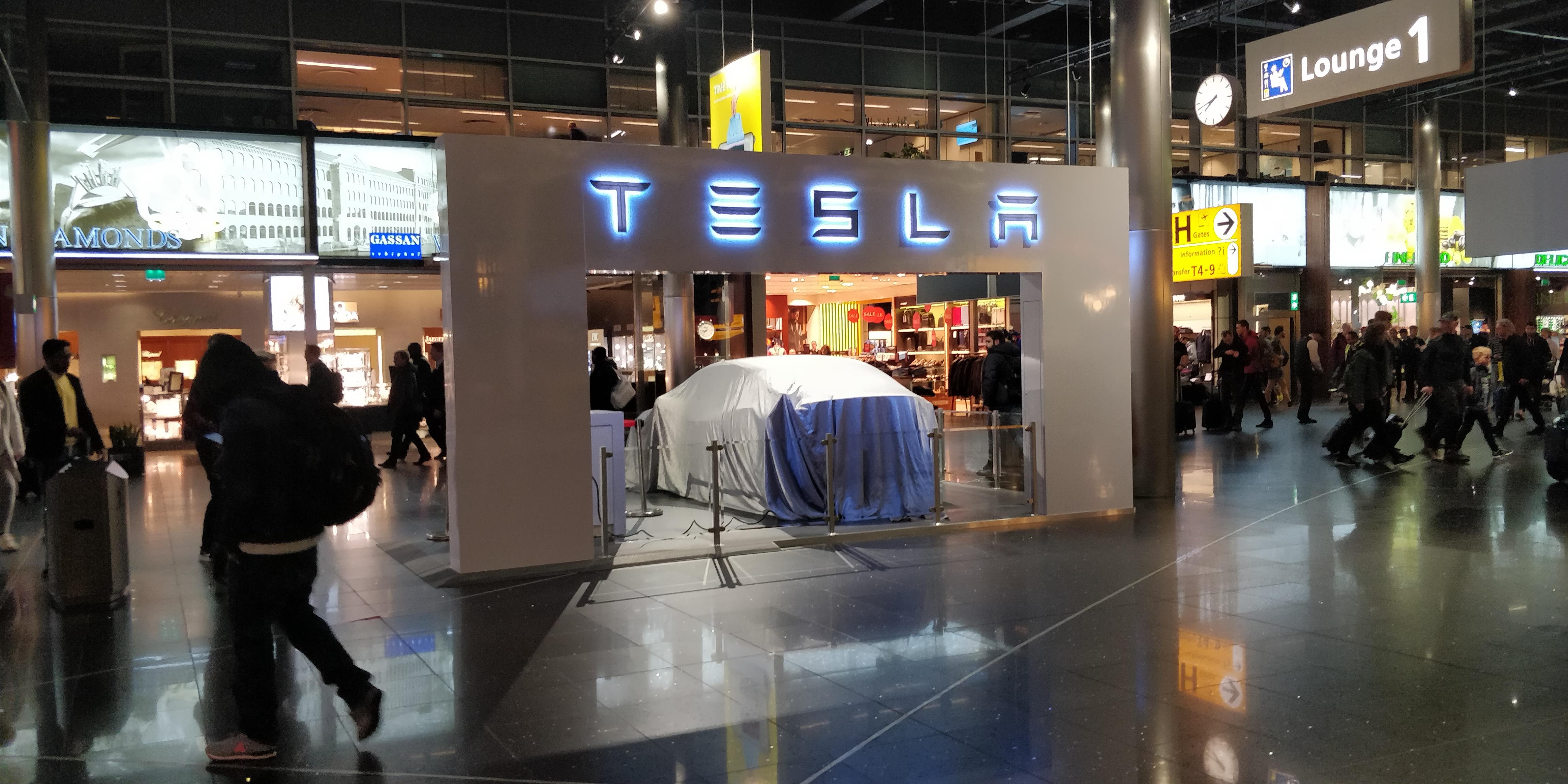 Tesla is making its Model 3 presence in Europe known with the latest display of its all-electric sedan in one of the world’s busiest airports for international passenger traffic. In an appeal to potential customers in the European region, Tesla proudly displayed its newest vehicle in Lounge 1 of the Schengen area of Schiphol Airport in Amsterdam. A photo posted of the Model 3 in the airport showed the car covered from view by a cloth; however, according to observations noted by other users on the site, the cover was being removed periodically and concealing a red Model 3. A similar Model 3  had been on display in Hoog Catharijn, a large mall in the center of Utrecht, earlier in the month.

Prior to the arrival of the first Model 3 shipments in Europe, part of Tesla’s efforts to ramp excitement for the vehicle’s arrival in the market included sending out test drive event invites at the end of January. Customers in European regions, such as Sweden, Finland, Austria, and Germany, were provided the opportunity to schedule drives between January 25th and February 9th in select locations.

In what can be seen as part of its long-term effort to saturate the European market with the Model 3 all-electric sedan, Tesla has also been ramping its Supercharger Network in the region to support the thousands of vehicles beginning delivery. Part of that process includes the installation of “Model 3 Priority” Superchargers featuring a dual connector CCS plug.

Model 3 is part of Tesla’s long-term success plan for the company. Although “production hell” and “logistics hell” have been part of the journey to create a high-volume production $35,000 all-electric sedan, the carmaker is thus far keeping up the pace of progress to meet its goals. In a letter from Elon Musk to Tesla employees last month, the CEO noted how the push to bring the Model 3 to Europe (and also China) were key to the company’s overall success. The first quarter deliveries in both areas are critical to the all-electric vehicle manufacturer’s profitability. Tesla plans to ship 3,000 European models per week beginning with the most recent shipment.