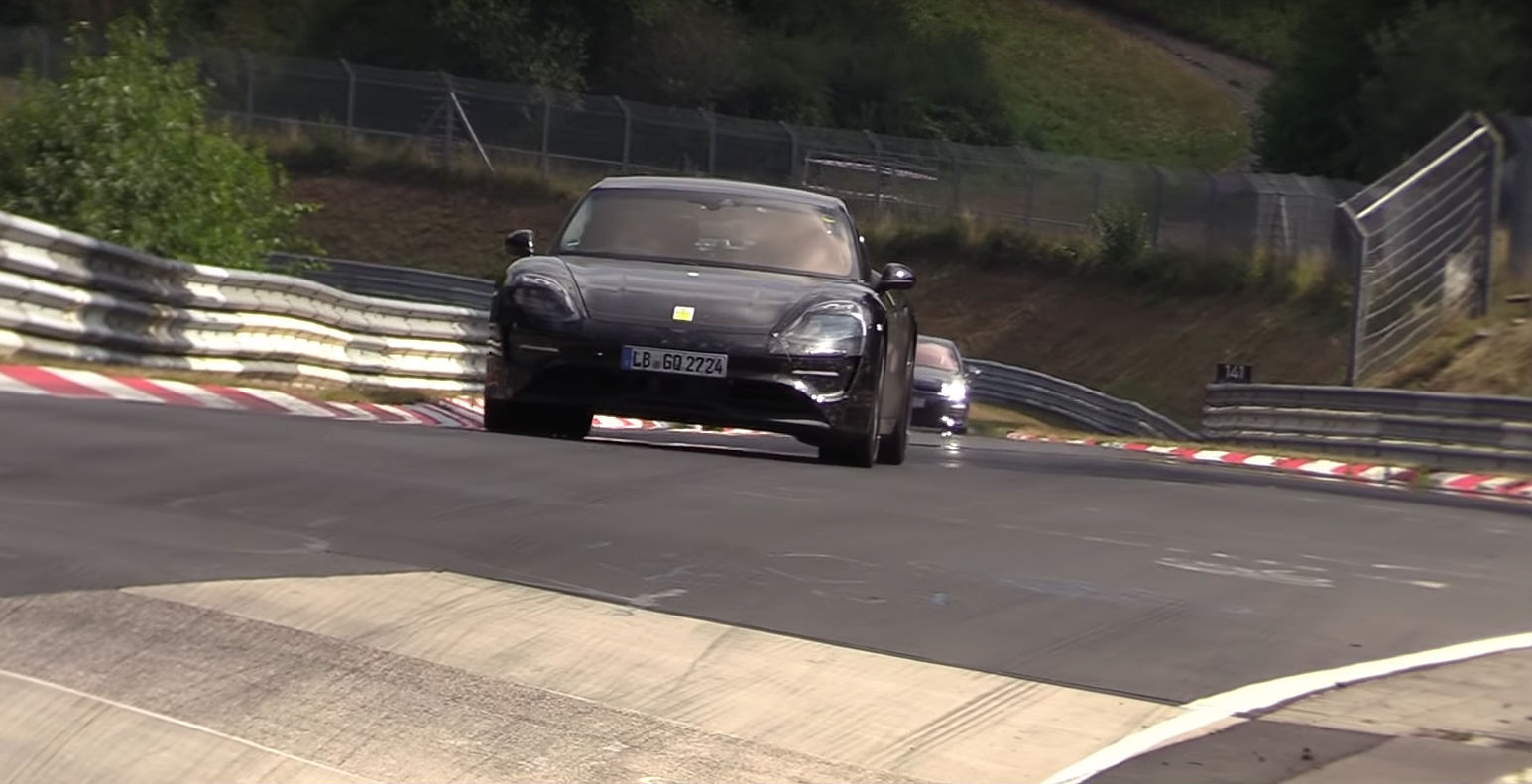 Back in February, Porsche’s Vice President of Product Line BEV Stefan Weckbach stated that the Taycan, then widely known as the Mission E sedan, would be a track-capable vehicle. The Porsche Taycan lead threw some shade at electric car maker Tesla as well, stating that cars like the Model S P100D are limited in the way that their performance gets throttled after a few hard launches. Weckbach noted that this problem would not be present in the Taycan, Porsche’s first all-electric car.

“(Tesla’s) system is throttled. Porsche drivers won’t need to worry about that because the Mission E’s being developed to deliver reproducible performance and a top speed which can be maintained for long periods,” the Porsche exec said.

The recent sightings of the camouflaged Taycan prototypes in the Nurburgring show that Porsche is pushing hard to refine the track capabilities of its first all-electric car. Porsche’s vehicles, after all, are known for being proficient on racecourses. This past June alone, the Porsche 919 Evo set the record for the fastest lap around the Nurburgring, completing the course in 5:19.55. The 919 is a hybrid vehicle, and its permanently excited synchronous motors (PSM) — which Porsche calls the “turbos of the electric milieu” — will be used as basis for the Taycan’s electric motors.

The frequent tests of the Taycan in the Nurburgring show how a legacy automaker approaches the development of a vehicle’s track capabilities. Being a veteran in the auto industry, Porsche appears to be refining the Taycan’s track features through consistent testing around racecourses like the Nurburgring. This strategy is quite different from Tesla, whose development of the Model 3 Performance’s Track Mode was largely unknown until the feature was mentioned by YouTube host Marques Brownlee in a test drive of the vehicle. Nevertheless, the Model 3 Performance’s Track Mode, as shown in tests by Road and Track, proved that the feature does make the electric sedan capable of being driven hard for extended periods of time.

The Porsche Taycan is set to be equipped with two permanently excited synchronous motors (PSM) that produce a combined 600 hp (440 kW). The company lists the vehicle with a 0-60 mph time of 3.5 seconds, a top speed of 155 mph, and a range of ~310 miles per charge. Porsche expects to build the Taycan in its Zuffenhausen plant in Stuttgart, Germany — the same site where it manufactures the Porsche 911, 718 Boxster, and the 718 Cayman.

Watch the Porsche Taycan take on the Nurburgring in the videos below.