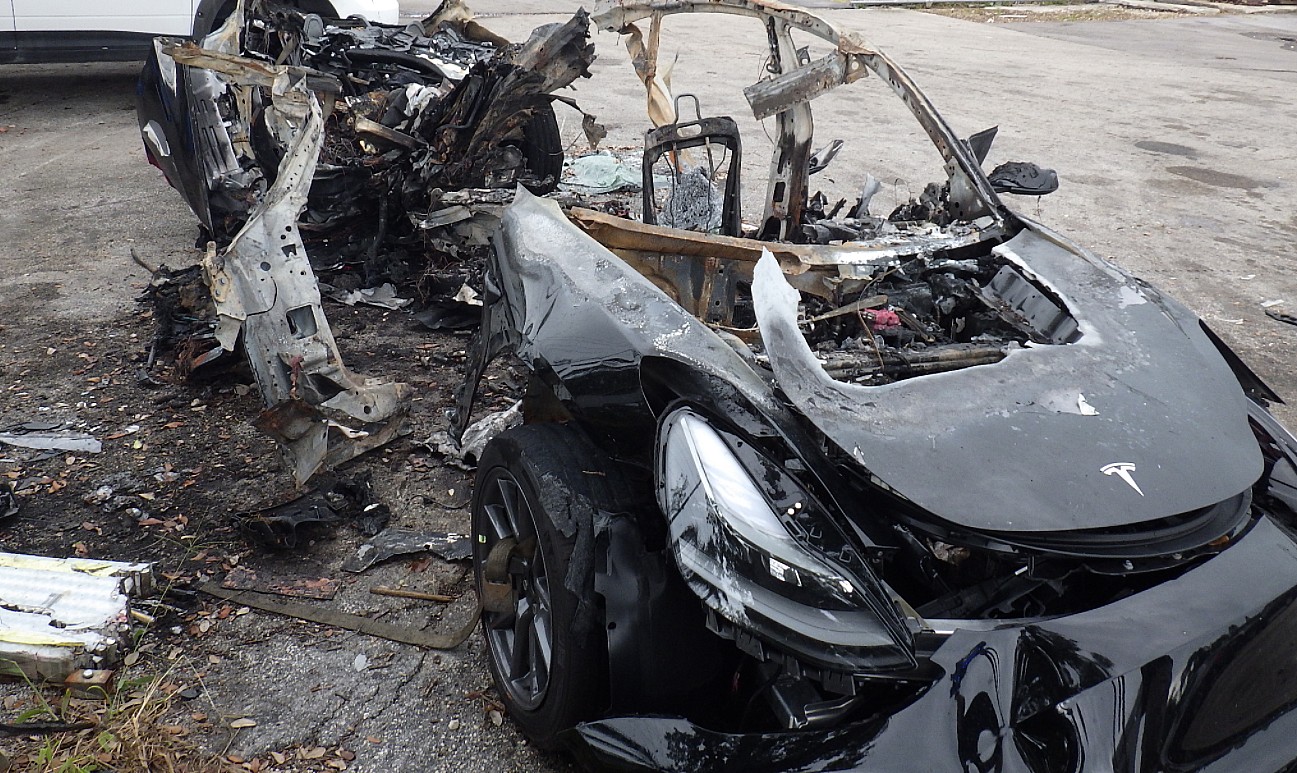 A preliminary report from the National Transportation Safety Board (NTSB) has determined that a Tesla Model 3 involved in a fatal crash in Coral Gables, Florida this past September was traveling 90 mph in a 30 mph zone. The vehicle was traveling in a residential area before it crashed into two trees and caught fire.

The crash, which happened on Alhambra Circle in Coral Gables, resulted in the tragic loss of life of the Model 3’s 20-year-old driver and a 19-year-passenger. According to the NTSB, it had retrieved about 5 seconds of pre-crash and crash data from the Model 3’s Event Data Recorder (EDR), which records and stores data associated with vehicle speed, acceleration, seat belt status, and airbag deployment.

Retrieving the EDR data from the vehicle involved some ingenuity on the agency’s part. Since the vehicle fire destroyed most of the ill-fated Model 3’s interior, the EDR was damaged when it was retrieved. The damaged component was taken to the NTSB Recorder Laboratory, where the damaged data chip was repaired and installed into a working EDR. This allowed the NTSB to access about 5 seconds of pre-crash data from the tragic incident.

The EDR data showed that the ill-fated Model 3’s accelerator pedal had been applied during the incident, and the service brake also remained off. “Preliminary evaluation of the data indicated that application of the accelerator pedal ranged from 0 to 100%, the service brake remained off, and the maximum recorded vehicle speed was 90 mph,” the NTSB’s preliminary report noted.

It should be noted that Alhambra Circle is a residential street with a 30 mph speed limit.

While a preliminary report about the incident has already been released by the NTSB, the investigation of the crash is still ongoing to analyze the crash dynamics, the circumstances of the crash, factors associated with the roadway, survivability, and the ill-fated Model 3’s post-crash fire. The agency is currently working with the Coral Gables Police Department as well, which is also conducting its own separate, parallel investigation into the crash.

Vehicle crashes in the United States have increased over the past year despite fewer people being on the road due to the pandemic. As per the National Highway Traffic Safety Administration (NHTSA), early estimates suggest that 38,680 were fatally injured in motor vehicle traffic crashes in 2020, a 7.2% increase from 2019. A report from the National Fire Protection Association (NFPA) also revealed an estimated 209,500 vehicle fires were reported in 2020, resulting in 630 civilian fire deaths.

The NTSB’s preliminary report on the fatal Model 3 crash could be accessed here.