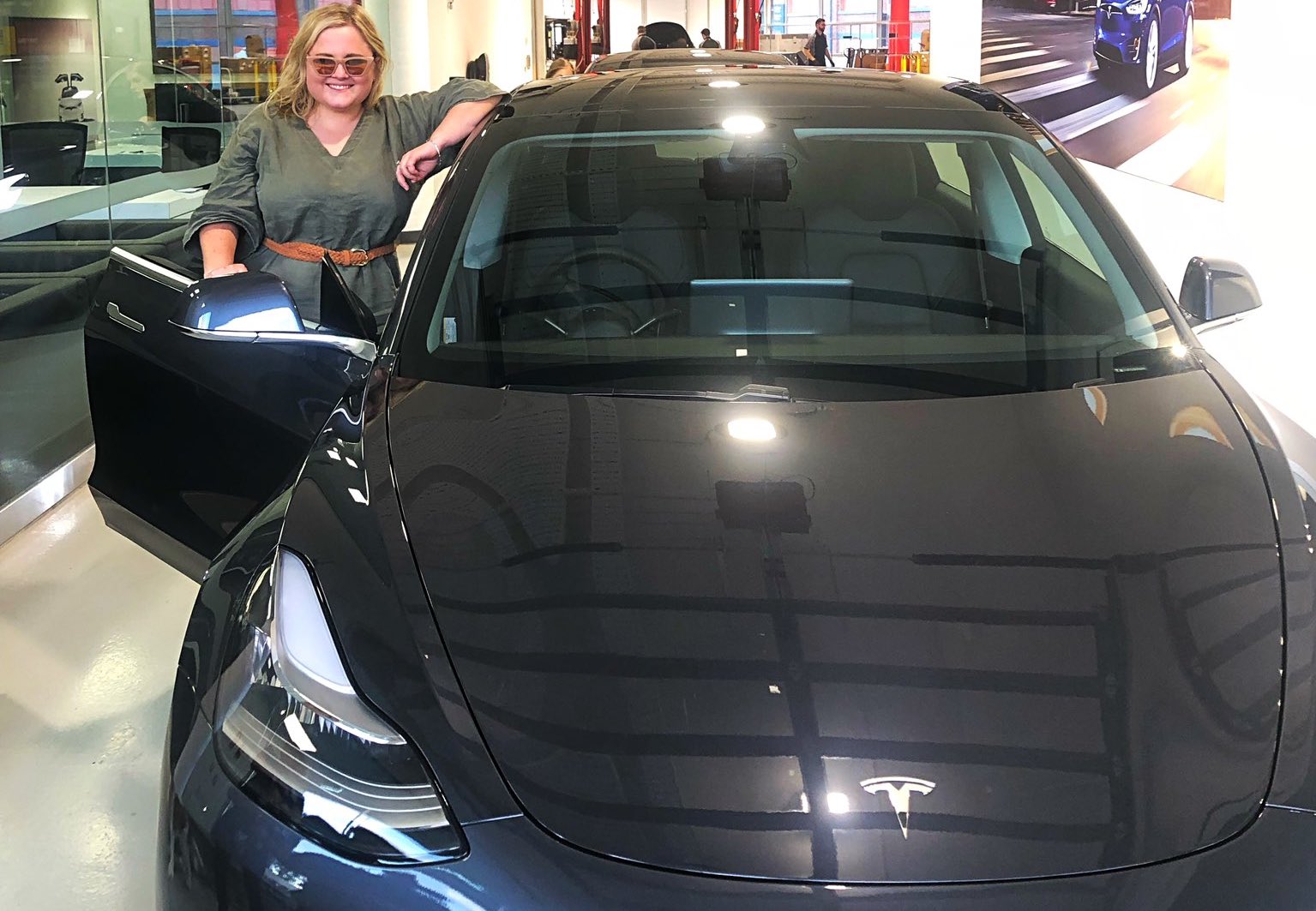 Australian radio host Annabelle Brett, who works at Mix 1-6.3 Canberra, cleverly used her Tesla mobile app to mess with the two would-be thieves who attempted to steal her Model 3.

The theft attempt started when the radio host received notifications on her phone early one morning stating that her Model 3’s alarm was triggered. After receiving the notifications, Brett went to her locked garage where she had parked her Model 3 and discovered it was missing.

Unfortunately for the would-be thieves, Brett’s Model 3 is equipped with safety features like Sentry Mode, which continuously monitors a Tesla’s surroundings when it is left unattended. Through these features, footage from the car’s suite of cameras could be retrieved.

The Tesla mobile app’s features gave Brett time to follow her Model 3’s would-be “car-nappers.” She was able to track her car through the Tesla app, unbeknownst to the would-be thieves. With the help of a friend with a vehicle, Brett was able to eventually catch up with her vehicle.

“On my car phone app, you can actually see where the car is. We noticed that it was just around the corner so without thinking, I jumped in the car called the police… and just basically followed them on the map,” she told 9 Now during an interview for A Current Affair.

Brett could do more than just track her Model 3 via the Tesla app, too. Tesla gives owners the ability to activate Valet Mode, heat or cool their seats, control media, flash lights or honk the horn, open/close the roof, and more through their mobile app. Brett, for her part, decided to use these features to her advantage, much to the chagrin of the would-be car-nappers.

“My phone app has the ability to slow down the car and also mess with it a bit, so I was able to put the windows down, beep the horn and basically screw with them as they were driving it,” explained Brett.

Brett’s plan worked like a charm. The thieves hurriedly left her Model 3 after being told that authorities were on the way, abandoning their attempt to steal the vehicle. It was evident Brett successfully threw the thieves off their game as one of the men literally left a driver’s license inside the Model 3. The other thief was easily identified, thanks to footage from the incident, according to Drive Tesla Canada.

The Tesla app is one aspect of the electric car maker’s ownership experience that pretty much remains unmatched in the auto industry today. Brett’s story, if any, revealed just how useful it could truly be. Interestingly enough, Brett had more tricks up her sleeve if the thieves were undeterred by her Model 3’s weird behavior.

The Tesla app also happens to allow owners to summon their car to them if they have Full Self-Driving. Tesla calls this capability “Smart Summon.” If Brett had Tesla’s FSD software, and if she were close enough, she could have easily summoned her Model 3, likely alarming the would-be thieves even more. Currently, Teslas with FSD can be summoned within 200 feet away from their owners.

Elon Musk, however, said that Smart Summon would eventually work over longer distances, even across state borders, once Tesla’s Full Self-Driving suite is complete. By then, stealing Teslas would definitely be way harder.

Watch a fews feature on the incident in the video below.