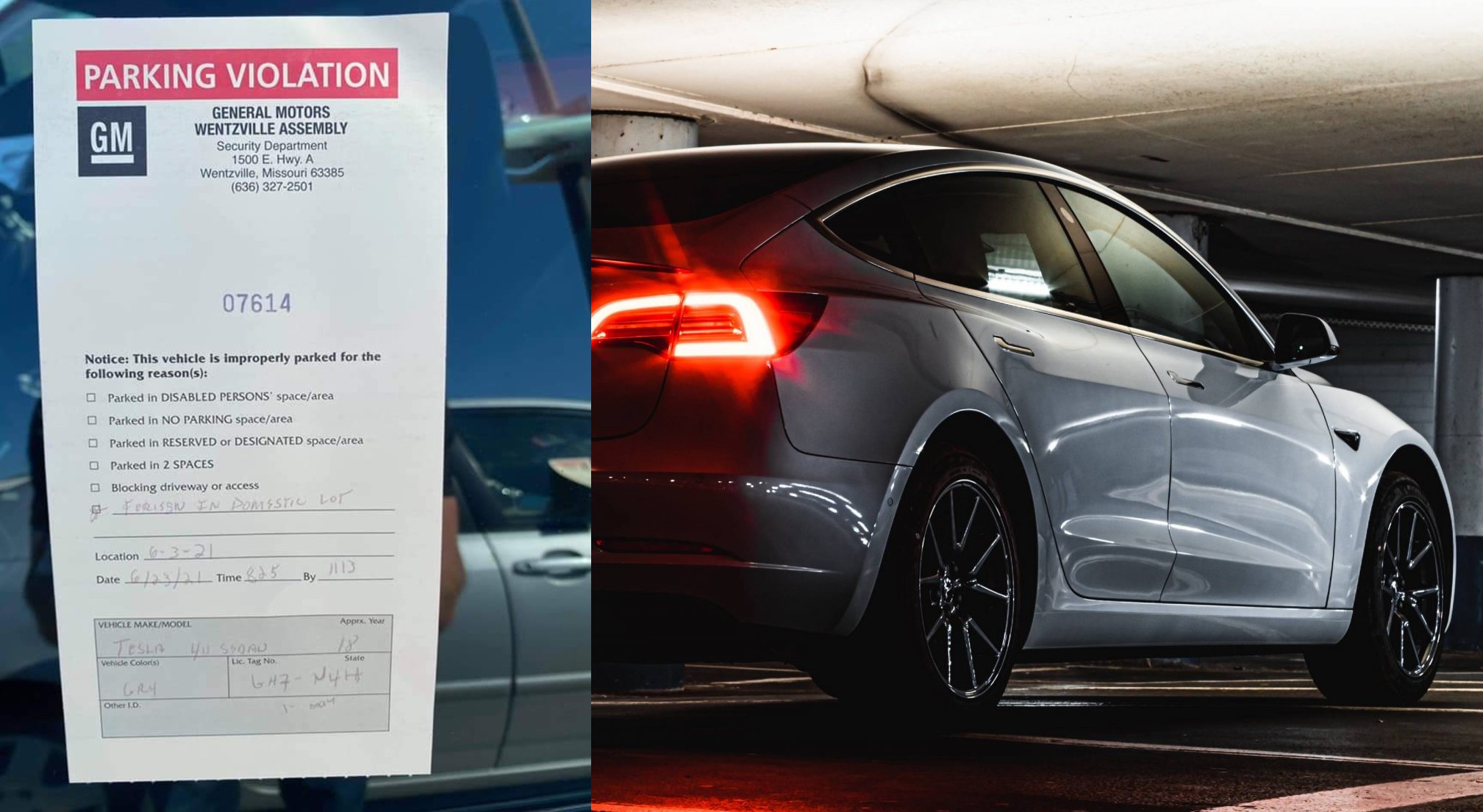 In what could be one of the most notable EV-related gaffes in recent months, a Tesla Model 3 owner at General Motors’ (GM) Wentzville Assembly Plant in Missouri received a ticket after parking the electric car in a spot designated for “domestic” vehicles, or cars produced in the United States. As per the GM plant’s parking attendant, the Model 3 was improperly parked because it was a “foreign” car in a “domestic” lot.

The incorrectly cited ticket was posted on a Facebook group called “Useless, Unsuccessful, and/or Unpopular Signage,” and it later made the rounds on other social media platforms. Netizens found much humor in the ticket, mainly due to the fact that the violation was so off the mark. A Tesla, which is designed and manufactured in the United States, after all, probably deserves to be parked at the GM facility’s “domestic” car lot.

Adding to this irony was the fact that the ticket was issued on June 3, just a few weeks before the Model 3 was dubbed by Cars.com as the most American-made vehicle that consumers can purchase today. GM, at least, has owned up to the gaffe of its (over-enthusiastic) parking attendant, noting in a statement that “Wentzville, like many of our manufacturing sites, has a parking policy and designated parking locations for GM vehicles, non-GM domestic vehicles, and foreign nameplates. Plant security inadvertently thought the Tesla was a foreign car and wrote a ticket accordingly.”

Fortunately, the Tesla owner did not receive a financial penalty over the ticket, mistakenly issued it may be. The GM spokesperson reportedly stated that those who receive such tickets are usually just given a warning. Considering that it was a mistake on the facility’s parking attendant’s part, however, the Tesla Model 3 owner would most definitely be able to park the electric vehicle in the “domestic” lot for the foreseeable future.

Tesla’s American nature has been highlighted by legendary late-night host Jay Leno, who previously lamented the lack of support being given to the company. According to Leno, it would serve the US auto market well if it supports a company like Tesla, considering that it makes some of the best vehicles in the world today using American labor on American soil.

“It’s (the auto sector) a tough business to get into; and the fact that Tesla is making a go of it and quite successfully, I think is impressive and should be applauded. We’re becoming like the British — we like noble failures. I would watch, listen to these radio talk shows just tear Tesla apart; and I go, ‘Here’s a guy, building an American car in America, using American labor. Why are you not rooting for it to be successful? Why do you wish it would fail?’ I don’t quite understand,” Leno said.