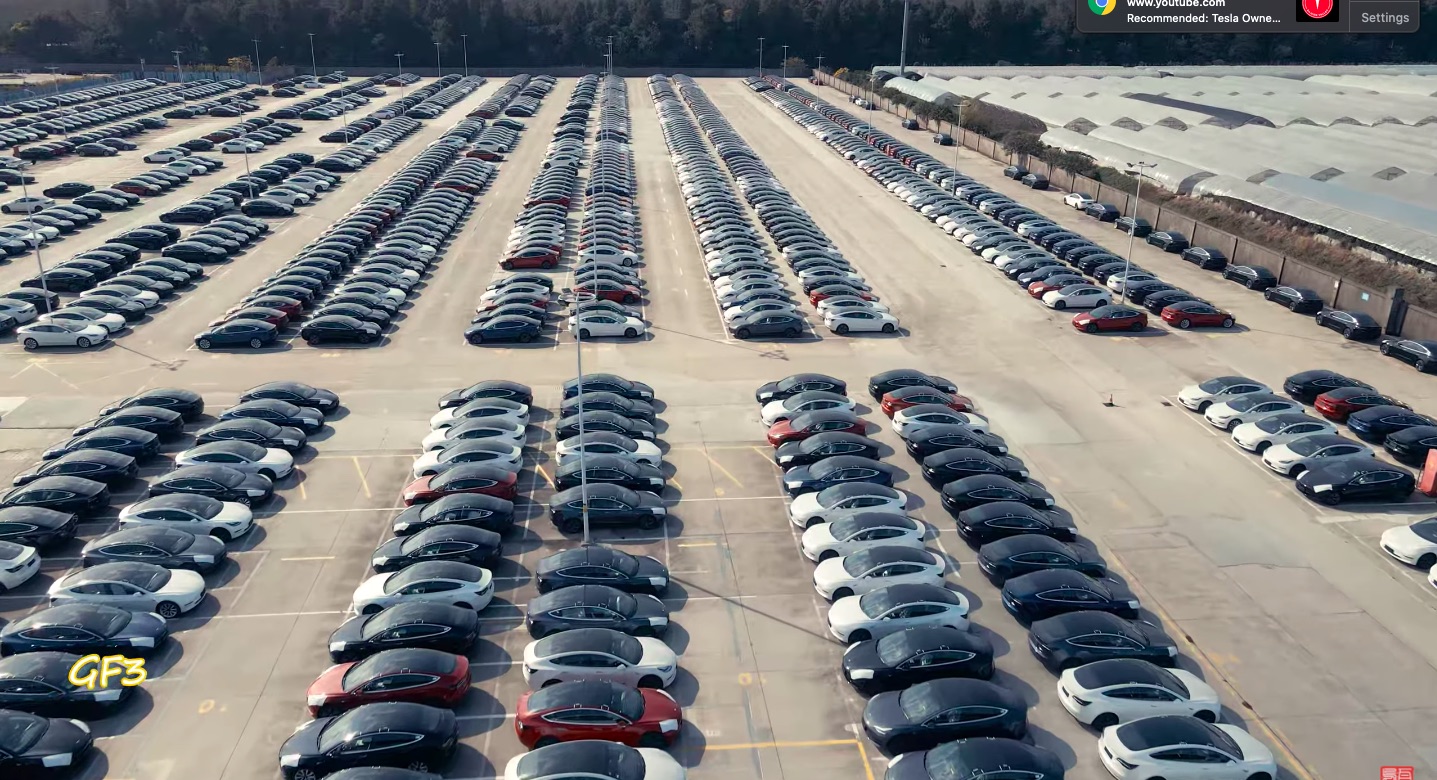 Tesla’s Gigafactory Shanghai facility appears to be putting the pedal to the metal this fourth quarter, with recent drone flyovers indicating that the massive electric vehicle factory is currently producing large numbers of Model 3 sedans every day. Speculations also suggest that a new batch of Model 3s spotted at a nearby parking lot are allotted for export to the European market.

EV enthusiast and drone operator Wu Wa recently conducted a flyover of Parking Lot 54, a massive holding area located around 3.7 miles away from Gigafactory Shanghai. As could be seen in the drone operator’s footage, the expansive parking lot is now being filled with Model 3s produced from Tesla’s China facility. The sheer number of electric cars in the lot bodes well for Giga Shanghai’s output this fourth quarter, which is pivotal to the company’s delivery targets.

Local reports suggest that Gigafactory Shanghai is currently producing about 800 Model 3 per day. This is, at least for now, adequate to meet the demand for the domestic and European market. Model 3 production in Giga Shanghai reportedly follows an alternating schedule for now, with the facility producing domestic-spec vehicles one day and producing European-spec cars the next. Reports note that such a system ensures that balance is maintained in the China-based factory’s vehicle production capabilities.

So far, speculations are hinting that new ships will be arriving at Shanghai within this week to pick up a new batch of Model 3s. The vehicles will reportedly be leaving for Zeebrugge, allowing Tesla to send more of its best-selling electric sedans to the European market. Considering the time it takes for car carrier ships to travel from Shanghai to the port of Zeebrugge, this new batch of Model 3s should arrive in Europe in time for the fourth quarter’s delivery push.

What is rather interesting is that Gigafactory Shanghai is yet to be fully ramped. The Model Y facility in the Phase 2 zone is yet to start operations, and the Model 3 line is poised to be optimized. These updates, once implemented, should allow Giga Shanghai to produce vehicles at a far greater rate than before.

Tesla is currently attempting to meet its self-imposed target of delivering 500,000 vehicles within 2020. To accomplish this, the electric car maker would need to deliver over 180,000 vehicles this Q4 2020. This is an unprecedented number, but considering the efforts being put forth by the company at the Fremont Factory and Gigafactory Shanghai, it appears that the ambitious 500,000-vehicle target may very well be feasible.

Watch a recent flyover of Tesla China’s export-ready Model 3s in the video below.