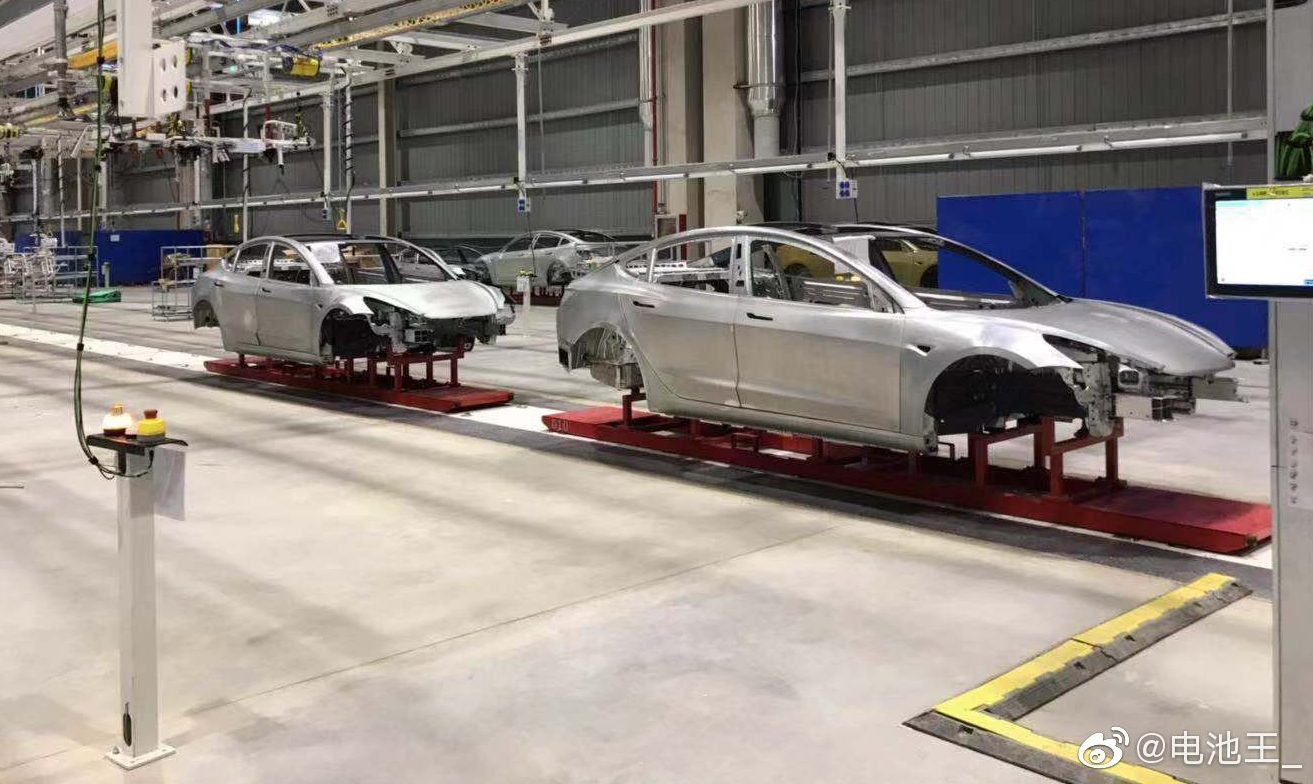 According to local news media outlet ITHome, several key areas for the Model 3’s upcoming production in Gigafactory 3 have been fully completed. Among these are the stamping area and the paint shop, both of which are reportedly ready to begin operations. Gigafactory 3’s assembly line for the sedan was said to have been completed as well.

Body in white (BIW) corresponds to a stage in car manufacturing wherein a vehicle’s components are fully joined together. This is done through several means, ranging from welding, riveting, clinching, and laser brazing, to name a few. BIW is termed prior to the vehicle being painted, and before components such as engines (or drive units for that matter), and trim have been assembled into a frame.

With this in mind, the recent local media reports from Shanghai bode well for Gigafactory 3’s operations. Coupled with reports that the general assembly building’s paint shop is already completed, the rollout of the Model 3’s BIW suggests that Tesla is moving ever closer to its target of starting electric car production activities before the end of the year.

In a way, the leaks that have emerged from Gigafactory 3’s interior have already suggested that the facility’s lines are nearing their operational stage. Over the past weeks alone, images shared on Chinese social media platforms such as Weibo have depicted partially-built Model 3 units being worked on at the facility. A recent leak appears to confirm reports that the paint shop has been completed as well, with an image showing a white and blue Model 3 in what appeared to be a section of Gigafactory 3’s assembly lines.

The development of Gigafactory 3 has exceeded expectations so far. Since its groundbreaking ceremony back in January, Tesla and its construction partner in China have been putting the pedal to the metal, allowing the site to transform from a muddy field to a budding industrial complex in nine months. Reports have also indicated that work in the site continues to adopt a 24/7 schedule, despite the facility’s Phase 1 buildout being complete.

Gigafactory 3 is expected to manufacture affordable versions of the Model 3 sedan and the Model Y crossover for the local Chinese market. Being produced in the Shanghai-based site, vehicles produced in Gigafactory 3 will avoid import tariffs, allowing Tesla to compete on even ground against local EV manufacturers that are known for producing low-cost electric cars.