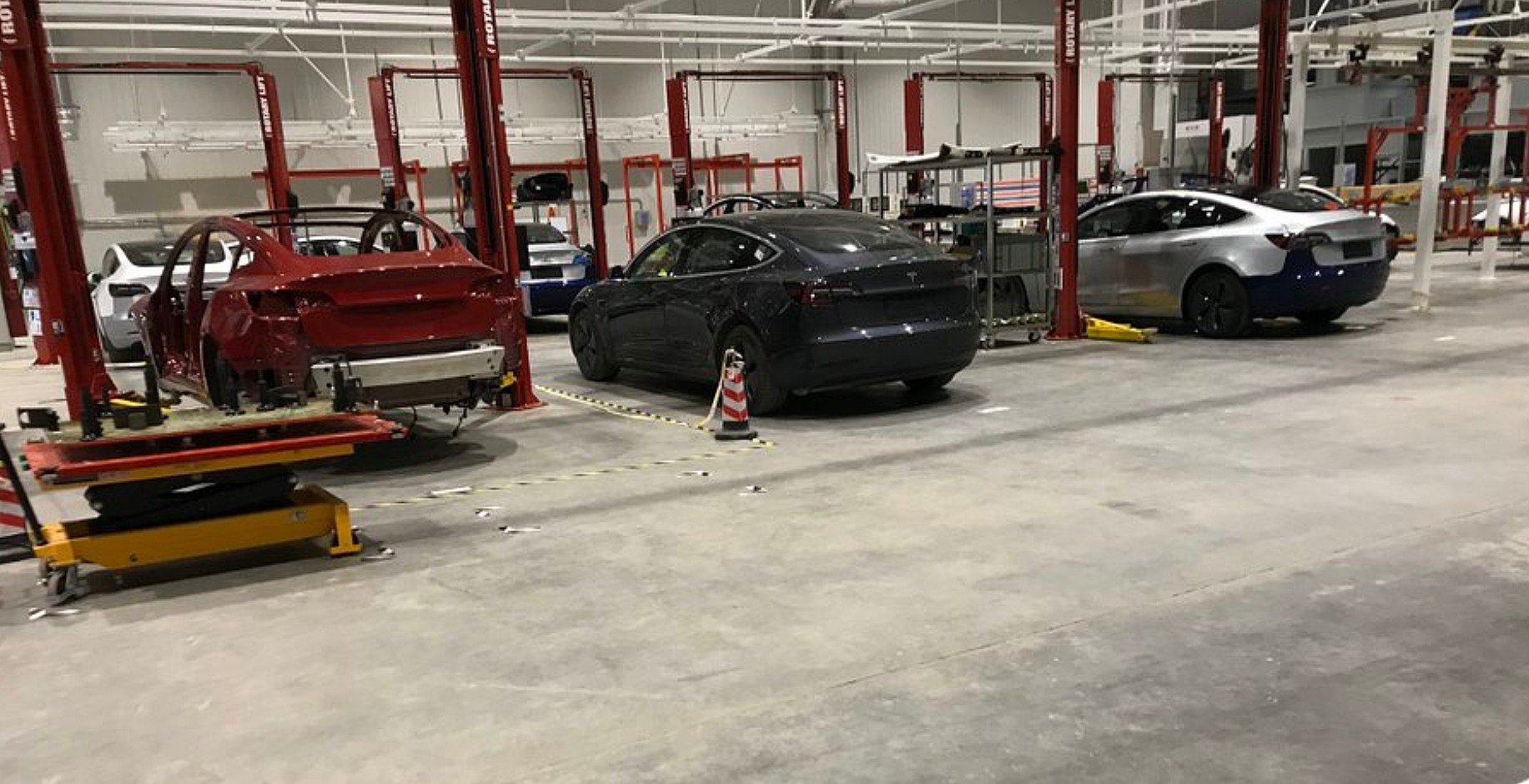 A recently leaked image from the interior of Tesla’s Gigafactory 3 in Shanghai suggests that the massive electric car production facility is closing in on full production activities. This is hinted at by a picture depicting what appears to be eight painted Model 3 trial units being completed on the site.

The image was shared with Tesla owner-enthusiast Vincent Yu by a local source who wished to remain anonymous. The photo showed several Model 3, some of which were painted Pearl White Multi-Coat, Red Multi-Coat, and Midnight Silver Metallic. A couple of units also appeared to be partially painted Solid Black and Deep Blue Metallic.

The local source noted that the Model 3 units in the image were the products of initial production runs in the Shanghai-based facility. While this remains unconfirmed for now, the image does, if any, show that Gigafactory 3’s assembly line and paint shop are in working order. This bodes well for Tesla’s plans of reportedly starting Model 3 production in Gigafactory 3 sometime this month.

Prior to this latest leak, images of trial assembly runs in Gigafactory 3 have already been leaked. Previous accounts from individuals familiar with the facility’s operations, for one, have revealed that Model 3 body-in-whites have started rolling off Gigafactory 3’s lines last week. Chinese media outlets have also stated that LG Chem, one of the companies Tesla reportedly partnered with for Gigafactory 3, has begun mass producing 2170 battery cells for vehicles that will be manufactured at the site.

Gigafactory 3 has the potential to be a trump card for Tesla this fourth quarter. If the facility could indeed start Model 3 production runs this October, the company could boost its overall numbers for 2019 with the output from the Shanghai-based complex. Even if Gigafactory’s volume production capabilities are not reached until next year, the facility’s initial numbers this fourth quarter could be enough to give Tesla a welcome boost in terms of production and deliveries.

At this point, it appears that the ball is on Tesla’s court with regard to its activities at Gigafactory 3. The Chinese government has given the company several favors, from quick approvals and permits to providing access to low-interest loans for the factory’s construction. With the country practically extending its support for the electric car maker openly, Tesla is on the clear to move as fast as it can to bring the Made-in-China Model 3 to market. If the recent leaks from Gigafactory 3 are any indication, it appears that Tesla has every intention to take advantage of this opportunity.