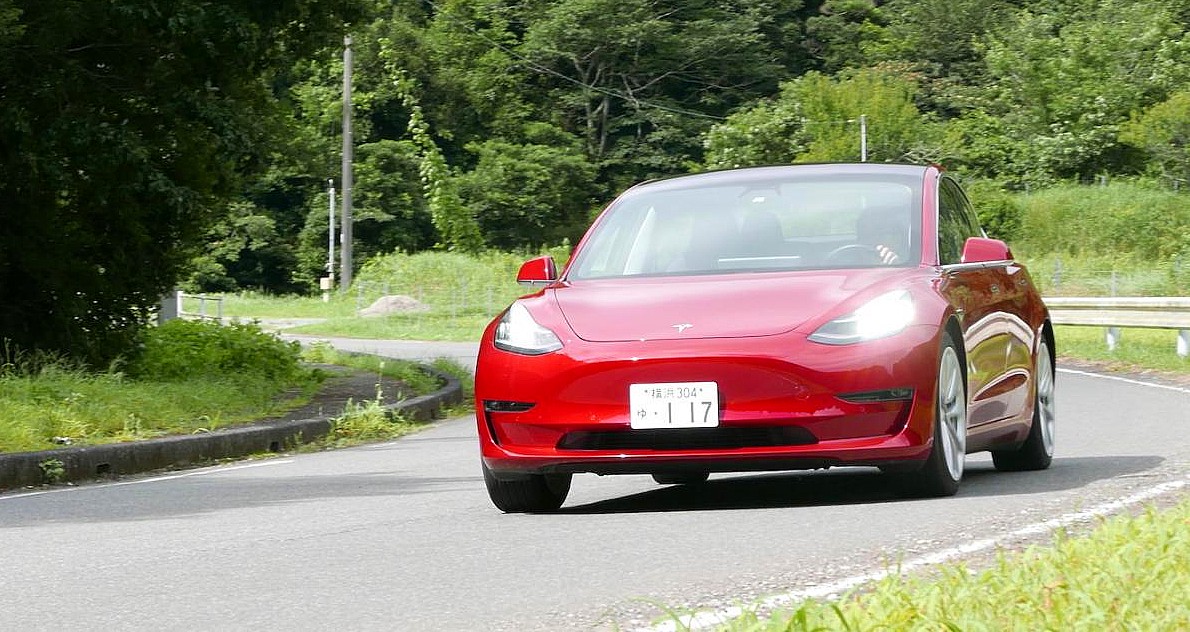 Tesla Model 3 gets Japanese car critic’s approval: ‘The excitement alone must be worth getting this car’

Since its release, the Tesla Model 3 has generally received positive reviews from both professional critics and enthusiasts alike. These reviews greatly help the vehicle, especially since Tesla relies on word of mouth due to the company’s stance against traditional advertisements. This means that one of the Model 3’s best chances of being successful relies on how well it is received by reviewers and owners alike.

With the Model 3 about to enter the Japanese market, the vehicle recently subjected to an evaluation by car critic Hitoshi Sezai from local motoring publication Motor-Fan.jp. Over the course of his time with the vehicle, the auto veteran found the Model 3 to be a completely different car than anything currently available on the market today. Sezai’s test unit was a Long Range Model 3 RWD, the first iteration of the vehicle released in the United States. In his review, the car critic took particular notice of the Model 3’s infotainment screen, which holds the vast majority of the vehicle’s functions.

Sezai likened the experience of using the Model 3’s display to his first impressions of the Apple iPad. According to the critic, when he first used an iPad, there was something immediately familiar and exciting about the system and how it freed users from the “mess of Windows.” This experience, Sezai noted, is echoed in the Model 3, as the vehicle gives drivers the impression that they are “in touch with a next-generation car.”

The critic also pointed out how different the Model 3 is compared to other EVs on the market. Using the best-selling Nissan Leaf as an example, Sezai stated that EVs are usually vehicles in “familiar packaging.” That is, they look like regular cars whose engines were replaced by electric motors. This was not the case with the Model 3, making the sedan very exciting to operate. “The Model 3 is a different thing. This excitement alone must be worth getting this car,” the critic wrote.

The critic admitted that he took some time before he got comfortable with the vehicle’s regenerative braking system (he was far more comfortable with a Standard setting), though he noted that the Model 3’s response and acceleration are impeccable. According to Sezai, the Model 3’s acceleration almost gives the impression that one is driving a ride from an amusement park: silent and very, very quick.

Most of the car critic’s observations about the Model 3 mirror that of reviews from enthusiasts who have recently experienced the vehicle. Earlier this month, Japanese EV enthusiasts who were able to take the Model 3 for a test drive praised the vehicle for its novel automated features and its all-electric performance, which some reviewers noted was superior to petrol-powered automobiles. Tesla, for its part, has started its promotional efforts in Japan, displaying the vehicle in several key cities.

The Tesla Model 3 is a best-selling vehicle in the United States, outselling rivals in the premium sedan segment such as the BMW M3. Considering the excitement surrounding the vehicle in nations such as Japan and South Korea, it appears that the Model 3 has a good shot at making an impact in the Asian region as well. In South Korea, for example, the Model 3 has started attracting large groups of people after it was made available in the country, especially after its starting price was lowered to just around $26,500 when national and select local subsidies are included.

Tesla Model 3 gets Japanese car critic’s approval: ‘The excitement alone must be worth getting this car’