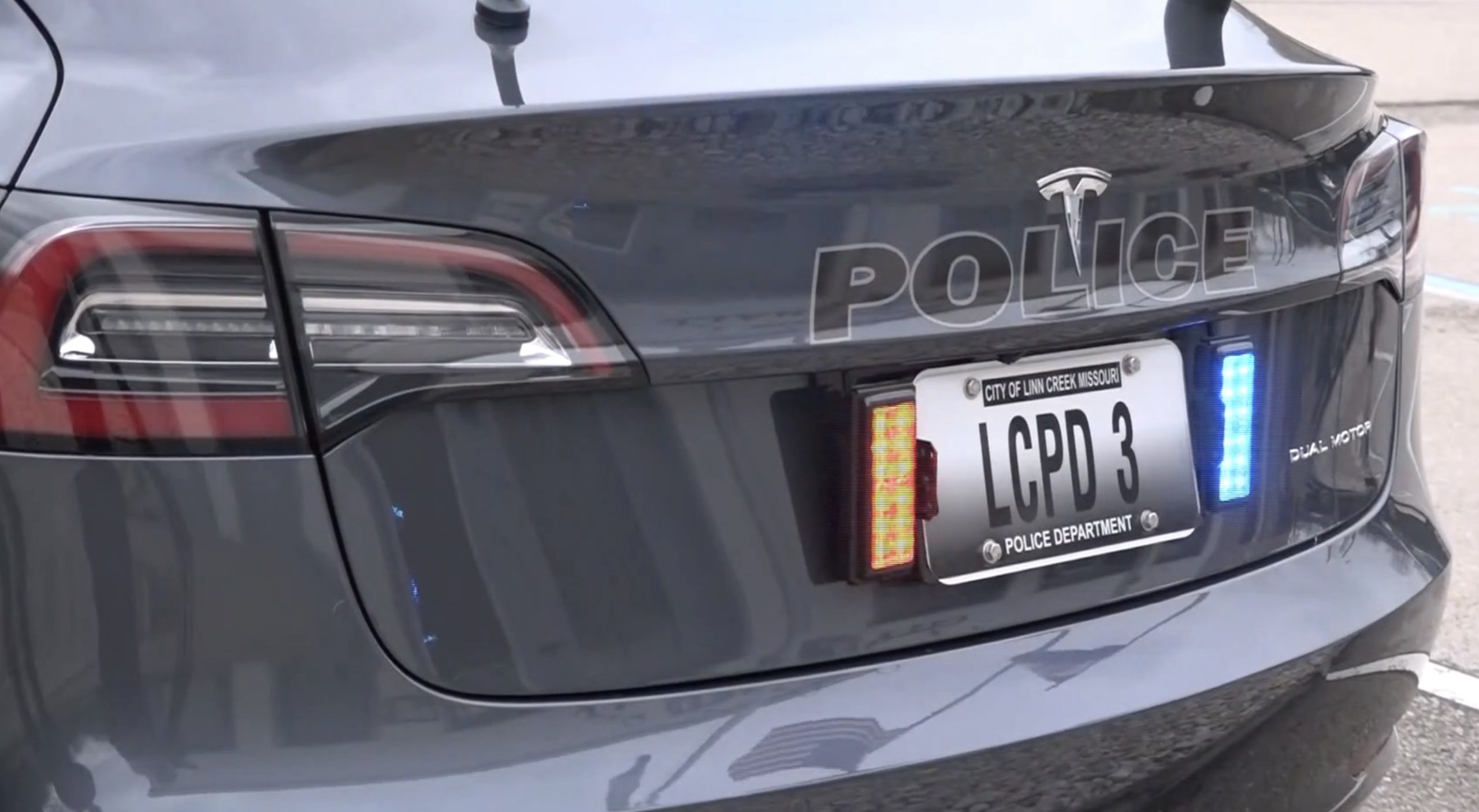 The Linn Creek Police Department decided to add a Tesla Model 3 to its fleet. The Model 3 vehicle is built with all the ordinary police cruiser necessities, including flashing red and blue lights, radio, and a siren.

Chief Jeff Christiansen and Mayor Jeff Davis believes the Tesla Model 3 is a good investment, stating that the vehicle would save costs in the long run.

The Linn Creek City Council approved the purchase of a Model 3 patrol vehicle recently. Chief Christiansen didn’t seem to make the decision lightly. He studied the costs of other vehicles and even considered fixing up old police cruisers before landing on the idea of buying a Tesla.

“I sat and researched the new Ford Explorer interceptors, the Dodge Chargers. I went to the mayor, had some discussions about that, and even looked at purchasing a used car, fixing up what we had,” said the Chief of the Linn Creek Police Department.

Ultimately, Chief Christiansen and Mayor Davis calculated that the cost savings of a Tesla Model 3 made it a good investment, especially considering rising gas prices. Many electric car owners consider the relatively low maintenance costs of EVs as good reason to transition away from fossil fuel cars.

“It’s got an eight-year, 120,000 mile warranty on the battery alone. I just figured we’re putting on 70 miles a day, under 12,000 miles a year, this car would last us a good amount of time, and be in a pilot program. We just figured, we’ll see what happens with it,” explained Christiansen.

Coming in with his own estimates, Mayor Davis added: “It’s a great investment for our town. The cost savings as far as the regular maintenance, the upkeep, the fuel savings, it’s approximately about $3,000, more than one an explorer would it be. We’ll probably make that up with current gas prices, we could easily make that up within a year.”

During an interview with KY3, Christiansen mentioned the start of a pilot program with Tesla Model 3 police program, hinting that Linn Creek may be exploring the possibility of an EV fleet in the future. Many police departments have initiated their transition to EVs with Teslas over the years and have gone on to buy more Tesla cruisers in the future. As for the Linn Creek Police Department, they are at the beginning of their EV journey.