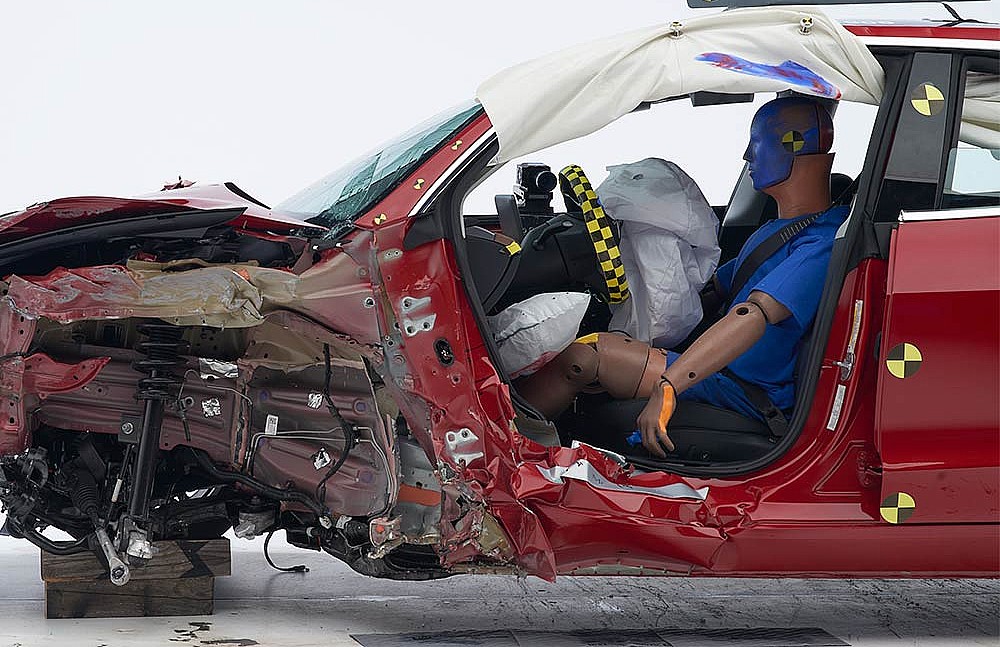 The video, uploaded on Twitter by user @flcnhvy, shows footage of the Model 3’s numerous crash tests from various agencies. The video was created by the Twitter user, named Viv, who is a student at a School of Arts in Düsseldorf, Germany.

Viv decided to make the ad after discovering videos of NHTSA crash tests on a Tesla subreddit. “I thought, hmm, what if you could use those to demonstrate why Tesla vehicles are pretty much the safest cars on the road — and ever tested —, and started off by just throwing all the clips from NHTSA, Euro NCAP & IIHS into iMovie,” she said.

After creating a quick 30-second spec on her Mac, she decided to take it a step further by adding a video of Autopilot utilizing its suite of safety features to create an even more convincing angle of why Tesla vehicles are the safest on the road today.

Tesla’s most affordable sedan has caught the eye of many different organizations and given the label as one of the safest cars consumers can own. The Insurance Institute for Highway Safety (IIHS) has given the vehicle its Top Safety Pick+ award, while the National Highway Transportation Safety Administration (NHTSA) gave the vehicle a perfect 5-star rating.

In Australia, the Australasian New Car Assessment Program, or ANCAP, gave the Model 3 a perfect 5-star rating, the same rating the vehicle received from the Euro NCAP.

But the company’s high safety ratings extend past the Model 3. The Model X has received numerous 5-star ratings, including one from the NHTSA and the Model S was given a 5-star rating in Europe.

Viv, who is not a Tesla owner currently (but plans to be in 2-3 years) stated that she appreciates the mission of Tesla and CEO Elon Musk and decided that she wanted to make ad spots that positively display its products.

“I absolutely will never own an ICE car. I actually chose my driving school last year based on the fact that I was able to learn to drive in a Model S,” she said. Viv has created a number of Tesla videos, including one in July that summarizes Tesla’s Master Plan.

Model 3 scored 5-star safety ratings in every single test so far. Autopilot is statistically significantly safer than a human driver. Every @Tesla comes w/ active safety features. So, what are you waiting for? ⚡️

–– Made another spec ad! @elonmusk pic.twitter.com/GvDh5OfO8T