Following an announcement from authorities about the upcoming suspension of extra tariffs placed on vehicles imported from the United States, Tesla has reduced the pricing of some Model S and Model X variants in China. The Model 3, which is expected to start deliveries next year, also received some price adjustments.

As it turns out, the recent price reduction to the Model 3 Performance has made the vehicle incredibly competitive in price against rivals like the BMW M3 and the Mercedes-AMG C 63 Coupe. When Tesla initially allowed Chinese reservation holders to configure their Model 3, the Performance variant was listed with a price of 689,000 RMB (roughly $100,000). With the recent adjustments, though, the Performance variant’s price has been reduced to just 560,000 RMB (around $81,000).

By adopting such a pricing strategy, Tesla has all but made the Model 3 Performance as one of the best bang-for-the-buck sports sedans in the country. After all, the BMW M3 — a vehicle that the all-electric car is competing with — currently sells for 998,000 RMB ($162,000). The Mercedes-AMG C 63 Coupe, another high-performance, luxury sedan competing in the same market, currently costs 1,198,000 RMB ($173,623). 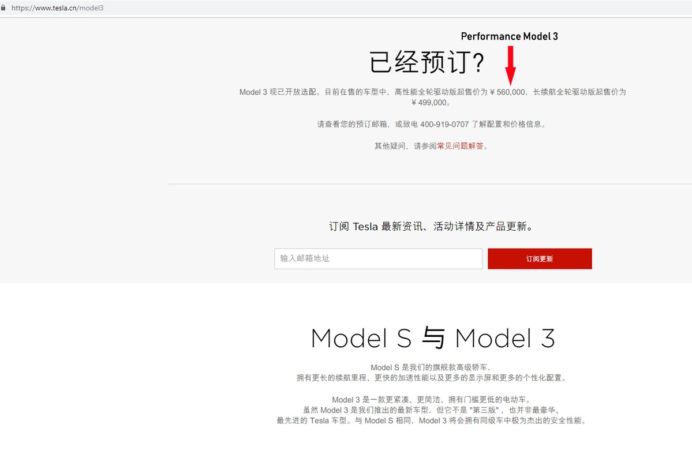 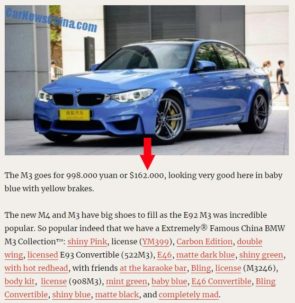 With instant torque, superior 0-60 mph times, free over-the-air updates, and Enhanced Autopilot, the Model 3 Performance’s 560,000 RMB price is nothing short of a bargain. Being an all-electric car, the Model 3 Performance is also a zero-emissions vehicle, making it a perfect fit for China’s aggressive push towards the adoption of EVs. With even its price being an advantage against its rivals, it would not be surprising if the Tesla Model 3 Performance ends up outselling its ICE-powered rivals in China.

Since adjusting the prices of its vehicles, Tesla’s stores in the Asian economic powerhouse have experienced a large influx of customers. Reports from local media outlets, for one, noted that numerous electric car buyers visited Tesla’s retail stores after the Model S and X’s prices were lowered. It did not take long before Tesla began sending out emails to customers apologizing for delays resulting from the increase in demand for its vehicles.

“Dear customers who have been appointed:
Due to the adjustment of tariffs & new pricing, the biz volume in these 2 days is skyrocketing. We will send new contract to everyone tonight. Plz be patient. TY for ur support & love for @Tesla China.”
thx @bruceyanchen $TSLA pic.twitter.com/t4qQ5nv0vh

Tesla’s electric cars might already be more affordable with their updated prices, but the company is aiming to lower the cost of its vehicles even further. The electric car maker is currently in the process of building Gigafactory 3, a facility that produces both battery packs and electric cars. Reports from local Chinese media have suggested that the factory would start producing vehicles in the second half of 2019. Two vehicles will be manufactured in Gigafactory 3 — the Model 3 sedan and the Model Y SUV, both of which are set to compete with mainstream local-made EVs.

The construction of Gigafactory 3 is already underway. Recent drone footage reveals that a perimeter fence has been set up in the company’s 864,885-square meter plot of land in Shanghai’s Lingang Industrial Zone. The site has been attracting a lot of interest from the country’s workforce as well, with a recent job fair getting extended due to the overwhelming number of applicants applying for openings on Gigafactory 3.