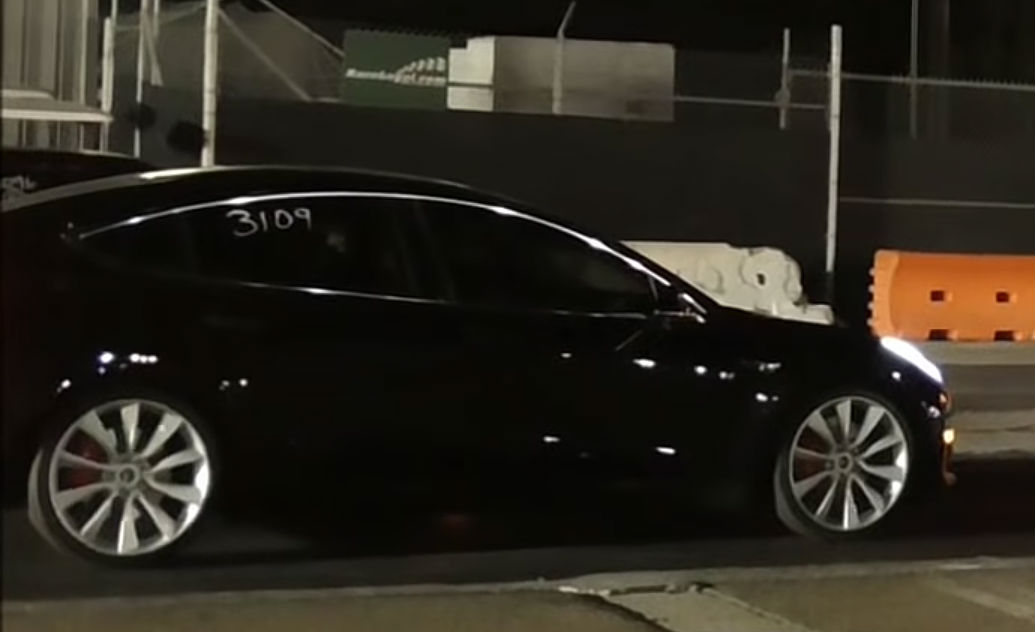 The Dodge Challenger SRT Demon is a muscle car created specifically for the drag strip. When Dodge was promoting the vehicle, the company’s execs were quick to point out that the monster muscle car was quicker than a Tesla Model S P100D. During testing, the Dodge Demon hit 60 mph in 2.1 seconds (including rollout), while the electric car reached 60 mph in 2.28 seconds.

In more ways than one, the Dodge Challenger SRT Demon is a car that pushes the boundaries of the internal combustion engine. Stepping on the accelerator allows the vehicle to hit 30 mph in just one second, and with the right setup, the car can finish the quarter mile in 9.65 seconds. Equipped with a 6.2-liter Supercharged V8 engine that produces 808 hp, the RWD, 8-speed Demon is one of the most formidable rivals of Tesla’s quickest electric beast.

The Tesla Model 3 Performance is a quick vehicle, but it is a car that is designed to be competitive on the track. It’s still formidable on the drag strip, but in terms of straight-line acceleration and 0-60 mph times, it still falls behind the Model S P100D or the Model X P100D with its 0-60 time of 3.5 seconds. With this in mind, the Dodge Demon, which is designed to compete and beat the Model S P100D, should have no problems outrunning the Model 3 Performance in a drag race.

A recent set of races between the two vehicles has revealed that beating the Model 3 Performance might not be too easy for the Dodge Demon.

A Tesla Model 3 Performance recently made an appearance at a RaceLegal.com-organized 1/8-mile drag racing meet at the SDCCU Stadium in San Diego, CA. The Model 3 Performance’s driver, Hunter Kupka, noted in an email to Teslarati that it was his first time on the drag strip, and that his electric car was only four-days-old when he went to the event. The Model 3 only had 70% of charge, and it had an extra 100 pounds of cargo in the trunk. The stock tires of the vehicle were also inflated with 43-44 PSI, a setting that is more optimized for range than maximum performance.

It should be noted that had the race gone longer, the Dodge Demon would have most definitely caught up to the Model 3 Performance. In each of the races, the fossil fuel-powered muscle car crossed the finish line traveling 9-10 mph faster than the electric sedan. That said, it remains undeniable that the Model 3 Performance displayed an amazing amount of consistency during the races, regardless of its state of charge or the PSI of its wheels.

Watch the Model 3 Performance battle the Dodge Demon in the video below.