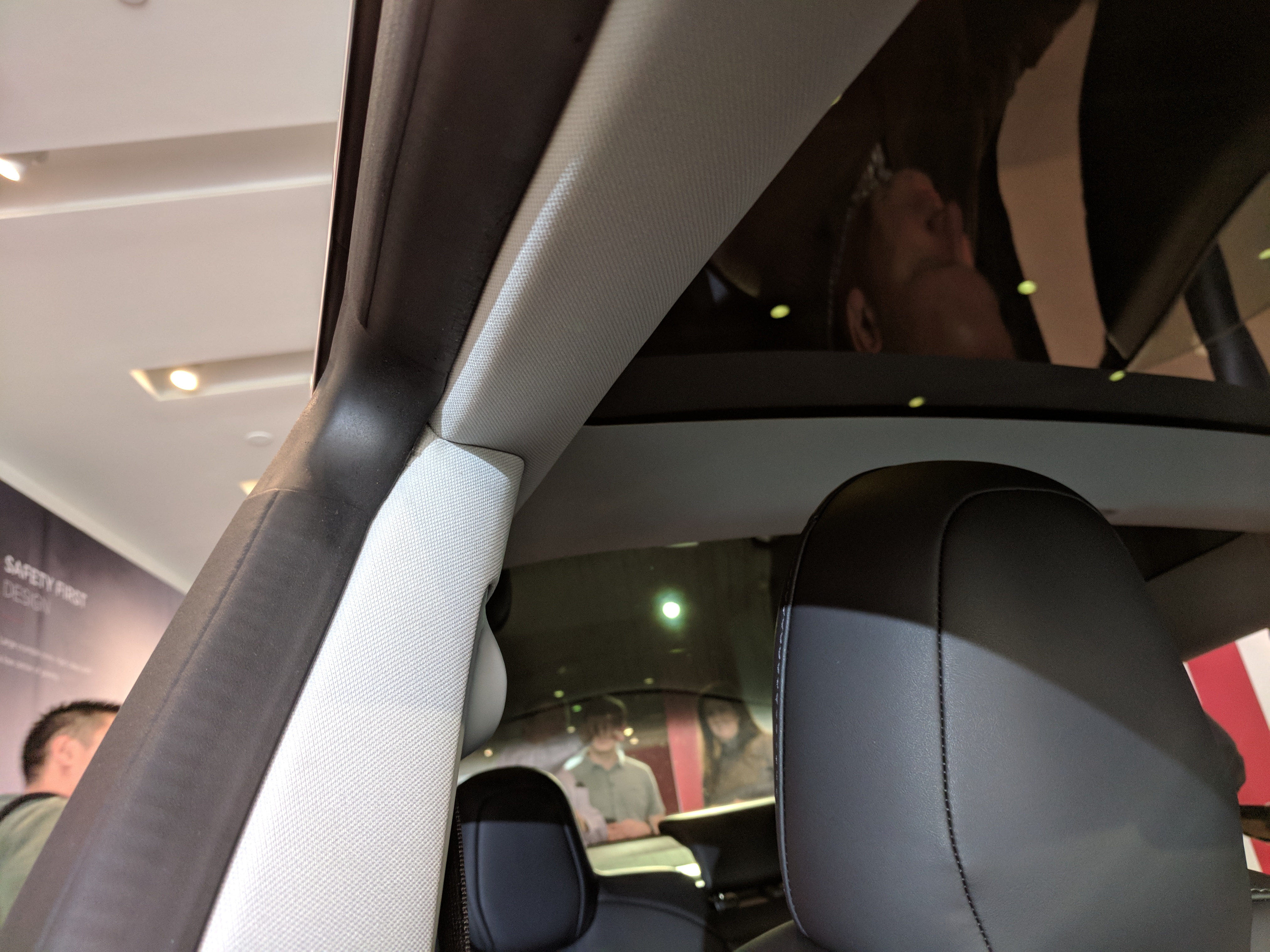 Tesla Model 3 buyers first noted a material change for the vehicle’s interior trim from an Alcantara-like material to textile fabric. Though Tesla has never officially marketed the type of material used in Model 3’s interior, many would-be buyers, especially those who opted-in for the car’s Premium Upgrades package – a required upgrade for first production cars – too notice.

One of the things that truly stood out with the Model 3 was its minimalistic, elegant interior. In both the press kit of the vehicle on Tesla’s official website and the Model 3’s online configurator, images of the car with Premium Upgrades feature pillars that are fitted with what appears to be a suede-like fabric. Photos were taken of an early production Model 3, as featured in our DIY article on how to install a Model 3 dashcam, show an interior that’s covered in the premium Alcantara material.

While Tesla never specified the type of material it would use for the vehicle’s headliner and pillars; many Model 3 reservation holders were under the impression that Alcantara will be fitted in their car’s interior.

For a while, this seemed to be the case. First deliveries of the Model 3 featured a suede-like fabric on the interior of the mass market compact electric sedan. Earlier today, however, observations emerged in the forum community that newer batches of the Model 3 featured a different material for the car’s interior. Instead of having Alcantara in the vehicle’s headliner and pillars, the new batches of the electric vehicles were spotted with textile fabric. 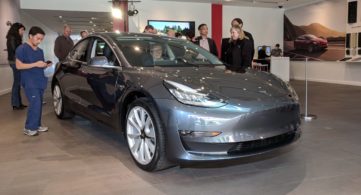 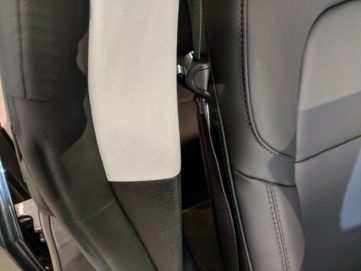 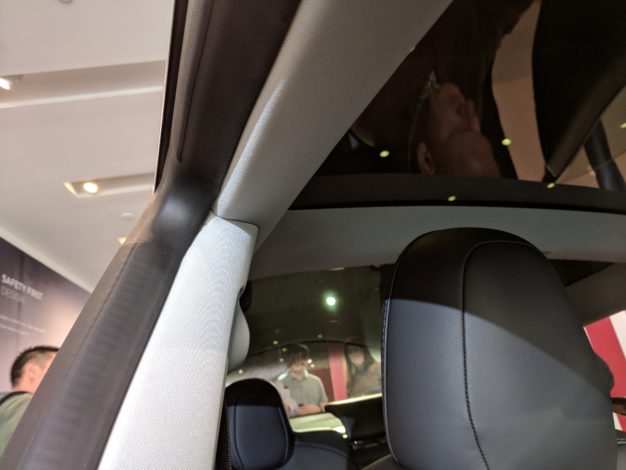 A Tesla spokesperson confirmed with Teslarati that Model 3 will be produced with the same premium textile material that’s used in Model S and Model X vehicles.

“As we continue to increase production of Model 3 and produce more high quality cars for customers, all Model 3 vehicles are being made with the same premium textile headliner found in our flagship Model S and Model X vehicles, which has always been planned at this stage of production.”

It’s worth noting that changes in material with regards to the electric vehicles’ interior have also been done in the past, both on the Model S and Model X.

Tesla has been known to discontinue items, in its efforts to continuously upgrade and refine both the materials used in its fleet of vehicles, as well as the process by which these materials are applied to its fleet of electric vehicles. Being able to iterate quickly, in all regards, is what has allowed the Silicon Valley-based electric car maker to be able to scale as quickly as they have, while drastically improving upon the quality and feature sets of its vehicles over time.

Tesla streamlined its production process last year when the company consolidated the number of interior trim options made available on the Model X, after bundling popular configurations together. The same configurations later trickled down to Model S, along with a reduced set of battery offerings made available for both flagship cars. In that regard, the unification of headliner material from Alcantara to premium textile in Model 3, S and X makes a lot of sense.

Tesla owners have remarked that the textile used in the Model X, which is the same fabric used now in the Model 3, shares the same characteristics to the material used in the headliner of the Mercedes-Benz E-Class. According to some Tesla owners that have experienced the material, the textile that Tesla fitted in its flagship Model S and Model X is not only durable; it’s really easy to clean as well.