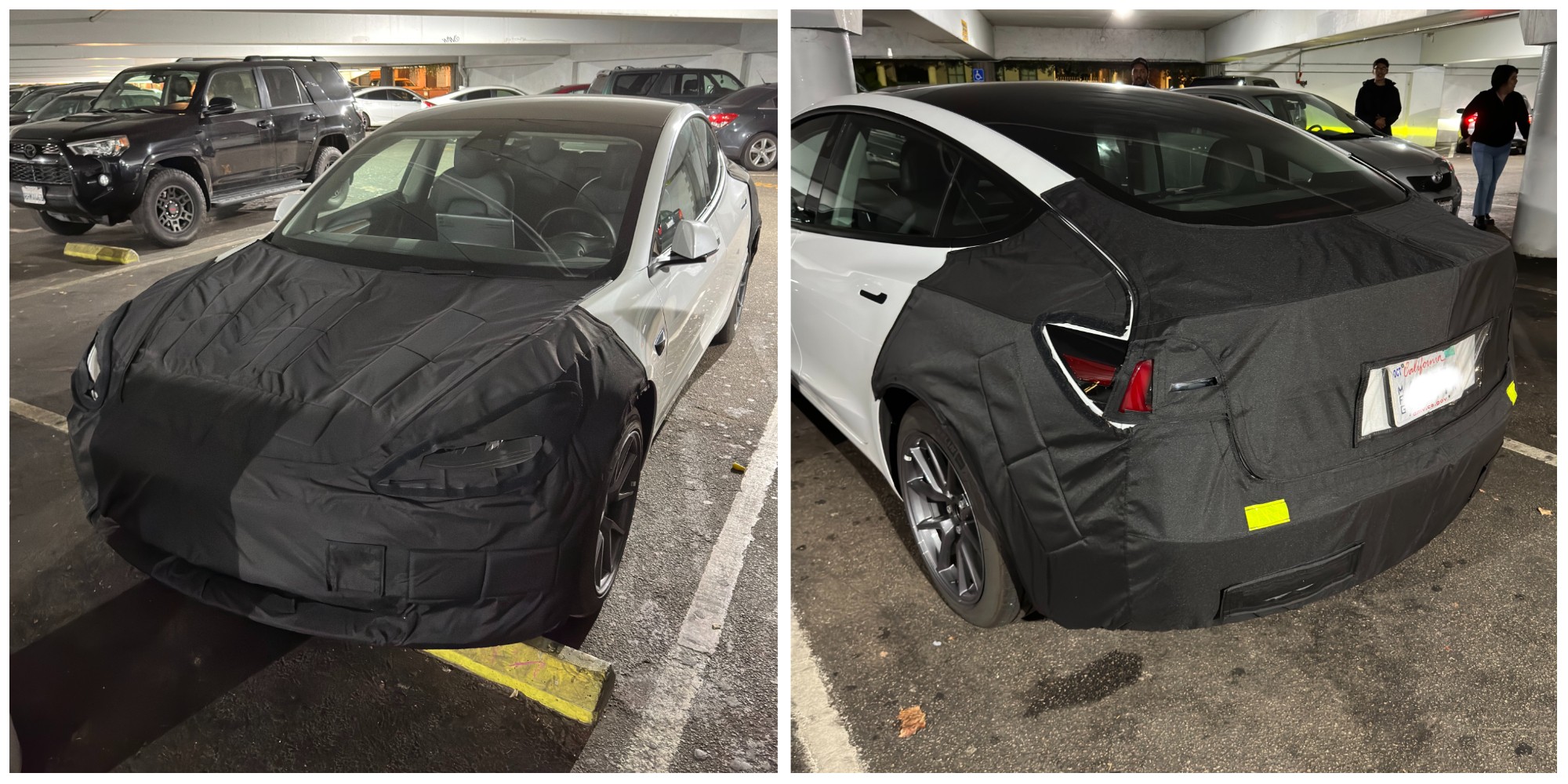 Tesla Model 3 prototypes equipping the potential elements of a vehicle redesign are already being spotted in California. Although the details of what Tesla could potentially update on its best-selling sedan are unknown, the first looks give plenty of ideas.

Last week, reports of a potential redesign of the Model 3 started to circulate as Reuters stated Tesla would attempt to reduce vehicle components and interior complexity, while also highlighting what drivers felt was most crucial, like infotainment systems. Codenamed “Project Highland,” the new design would roll off production lines in Q3 2023.

Twitter user @omg_Tesla found a potential candidate for the Model 3 redesign in what appears to be a parking garage in Santa Cruz, California. It equips several covers, including across the front bumper, hood, front quarter panels, trunk, rear bumper, and rear quarter panels. Essentially every part of the car except for the cabin was covered.

The vehicle equips manufacturer plates, as the MFG indication on the plate tells us it is officially from Tesla. Manufacturer plates have been spotted on other interesting Model 3 builds in the United States, including one from Gigafactory Shanghai, the company’s Chinese production plant, last year.

Given that the Model 3’s headlights and taillights, along with the bumpers where sensors are usually equipped, were covered entirely, speculation seems to indicate Tesla could be working on various projects. While it could be purely for appearance’s sake, it is unlikely. One of the most notable observations from the initial photographs was the potential inclusion of a camera in one of the front headlights, but it is also extremely similar in appearance to what one Twitter user called a ‘button,’ which would snap the protective covers into place.

As the initial reports from Reuters suggested interior improvements and manufacturing simplicity were the focus of the new Model 3, it seems there could be more to meet the eye than what was immediately visible when these pictures were taken. Tesla will likely improve the bones of the car, especially as infotainment is an important part of the EV ownership experience. This could include refined specifications for the vehicle’s infotainment system, just as Tesla did in its Model S and Model X redesigns.

What do you think Tesla will bring to the table for the Model 3 redesign? If you have any comments, concerns, or questions, please email me at joey@teslarati.com. You can also reach me on Twitter @KlenderJoey, or if you have news tips, you can email us at tips@teslarati.com.