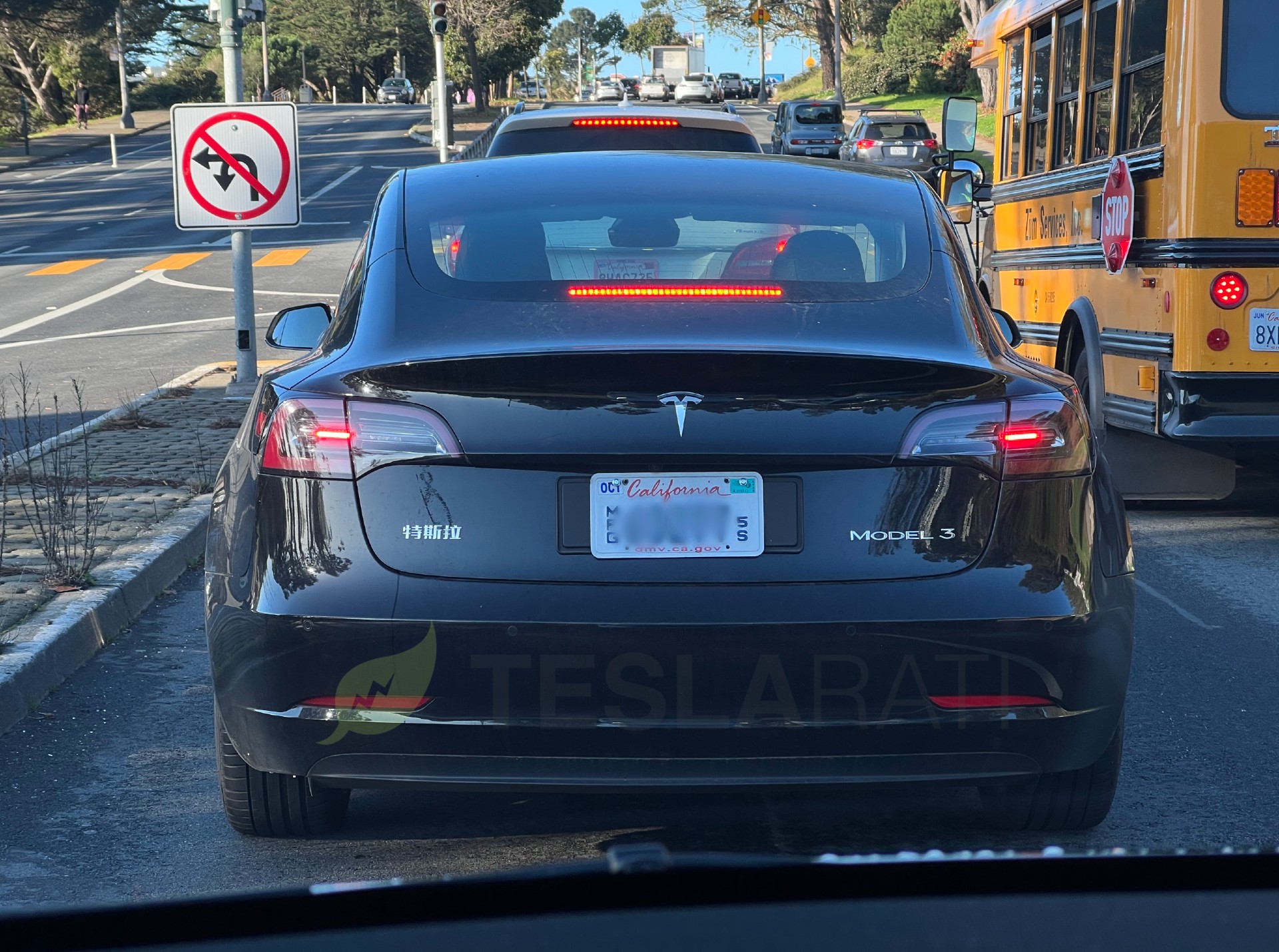 A Tesla Model 3 built in China at the automaker’s Gigafactory Shanghai facility was spotted in San Francisco, California, earlier today, flaring the curiosities of fans of the automaker. Questions surrounding why Tesla would ship a Model 3 from China to the United States come to mind, and it may have something to do with the several moves Tesla is making to bring features of the China-built Model 3 and Model Y to the same models produced for the U.S. market.

The photos of the Model 3 were sent by a Teslarati reader who was traveling around San Francisco in his Model Y. He was unsure whether it was an official Shanghai-built Model 3, as replica badges can be purchased through third-party manufacturers. 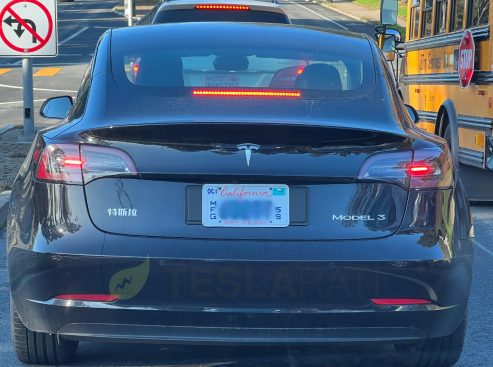 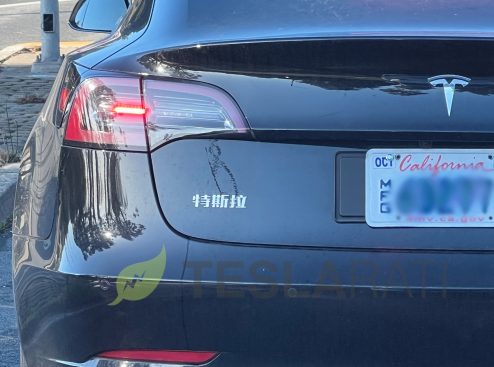 However, the Model 3 in the photos sent by the reader revealed some features of the MIC Model 3 that differ from the U.S.-built version, confirming that it was indeed a Shanghai-built vehicle. Initially, the manufacturer’s plates would indicate that Tesla had the vehicle sent from China to the United States. However, the license plate area on the rear of the vehicle shows an elongated and narrowed placeholder, which differs from the design of the U.S. version of the car.

Tesla has several reasons to bring a China-made Model 3 to the U.S. for testing or regulatory purposes. First, Tesla announced in October that it would bring LFP battery packs, which were utilized in China-built Model 3 vehicles, to the U.S. market. Tesla plans to use these packs globally, as they are already present in the Asian and European markets through Gigafactory Shanghai’s export strategy. Tesla started offering customers in North America the opportunity to accept delivery of a Model 3 with the LFP pack in August.

“I think probably there is a long-term shift more in the direction of iron-based lithium-ion cells rather over nickel. I think probably we’ll see a shift — my guess is probably to two-thirds iron, one-third nickel, or something on that order. And this is actually good because there’s plenty of iron in the world. There’s an insane amount of iron. But nickel, there’s much less nickel, and there’s way less cobalt.”

Tesla also has started installing the AMD Ryzen processor for infotainment systems in the China-built Model Y. Tesla installed this same graphics system in the Model S Plaid and could be looking to bring the improved infotainment experience to its mass-market vehicles in the United States.

Finally, Tesla is introducing the 12-volt lithium-ion battery in China-built vehicles, just as the Model S Plaid has also equipped since its first deliveries in June 2021. The 12-volt lithium-ion battery has plenty of advantages, especially with improved voltage and refined amperage. These 12-volt batteries also have longer lifespans and reduced weights, compared to previously-used lead-acid batteries.