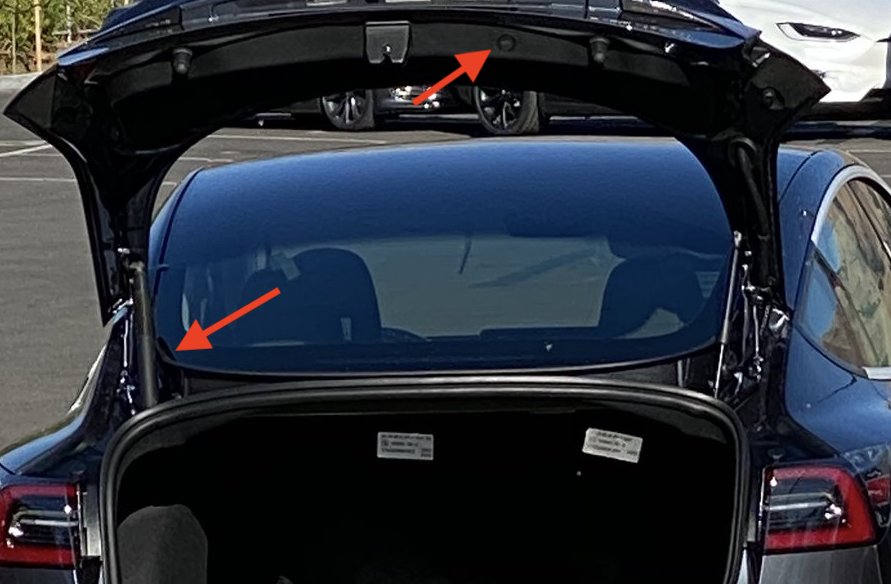 Tesla rolled out a number of subtle changes for the Model 3 in the all-electric sedan’s recently rolled out “refresh,” from new chrome deleted accents to a new center console. A powered lift gate has also become standard across the Model 3 line, a welcome update that will most definitely be appreciated by electric car buyers.

A recently-shared image online from Tesla owner-enthusiast Tesla Raj has provided some interesting details about the Model 3’s new powered lift gate. The image itself featured what appears to be a freshly-produced Midnight Silver Metallic Model 3 with its trunk open. Based on the photo, it appears that Tesla has placed a dedicated powered lift gate button on the passenger side, and a powered strut seems to have been installed on the driver side.

The placement of the powered lift gate button is quite unsurprising, considering that the Model Y, the Model 3’s close sibling, also has its dedicated powered lift gate button on the passenger side. Interestingly enough, Tesla has seemingly decided to use only one powered strut for the refreshed Model 3, unlike the Model Y, which has powered struts on both the driver and passenger side.

Of course, this might have been done due to the Model 3’s trunk not being as heavy as that of the Model Y, but it does give the all-electric sedan’s lift gate a rather asymmetrical look, as mentioned by a number of Tesla owners and enthusiasts on Twitter. This also makes the OEM Model 3’s powered lift gate different compared to third-party solutions like those from Tesla Offer, which feature two powered struts.

Tesla is currently attempting to deliver a record number of electric cars this quarter, with the company aiming to hand over 180,000 vehicles to customers before the end of the year. To accomplish this, the electric car maker does not only need to produce enough vehicles, it also has to ensure that its cars are as attractive to potential customers as possible.

The Model 3 “refresh,” with its improved range and improved performance for the Long Range Dual Motor AWD and Performance versions, as well as compelling new features like its powered trunk and chrome-deleted trims, could definitely help the company meet its ambitious 2020 goals.