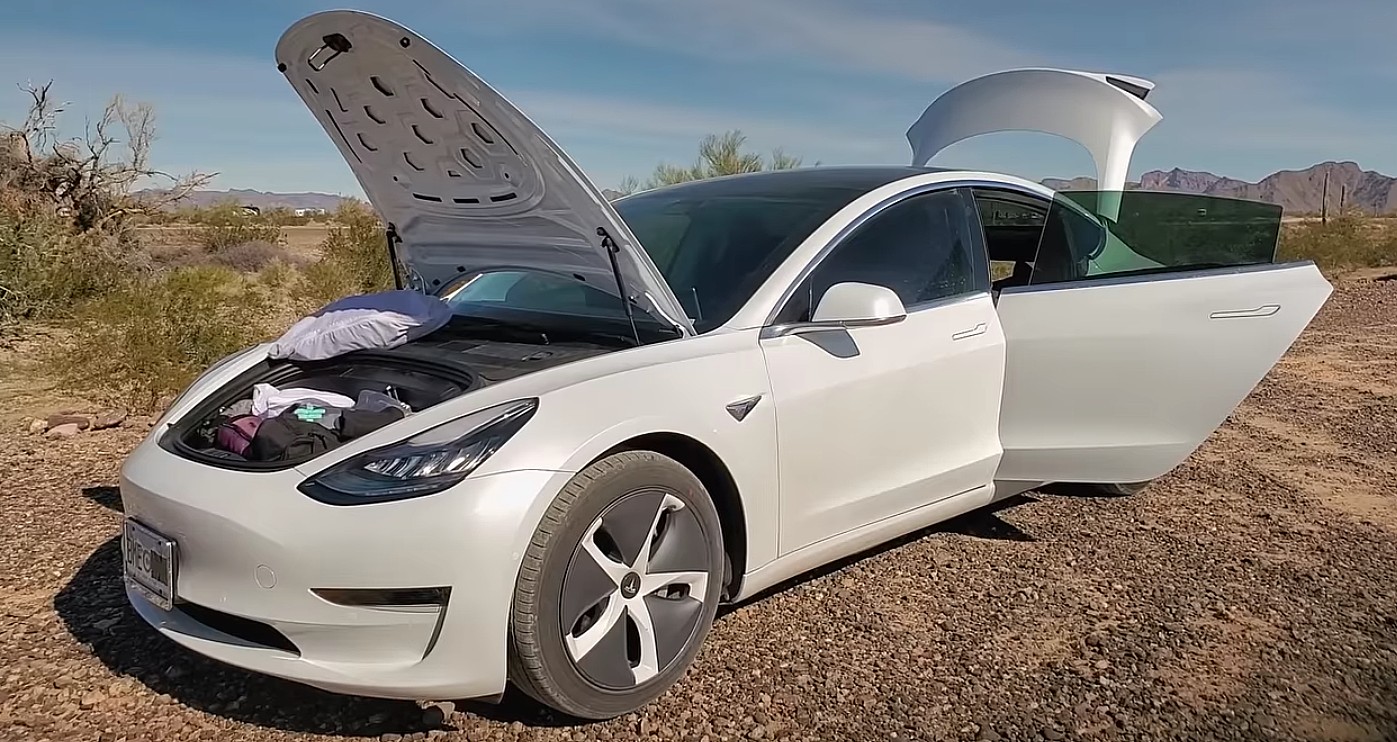 Tesla owner lives in a Model 3 instead of her house: ‘I believe this is the future’

The owner of a Tesla Model has decided to live in her car instead of her house. A woman known as Kiera began living in her Long Range Tesla Model 3 while renting out her Colorado home to travelers instead of living in it herself.

The decision came to fruition fifteen months ago when the Model 3 owner was traveling more often than not. She stated that since purchasing the vehicle just 15 months ago, she has driven 40,000 miles. “I have two kids in college, so I need to maintain my residency there, and a few keepsakes,” Kiera said in an interview with Bob Wells of the CheapRVLiving YouTube Channel.

Apart from a few nights a year where she is in the area, the Tesla owner spends the majority of her nights in her Model 3. After deciding to use her house as a source of income, she packed her belongings into her electric sedan and has used it to sleep in without having to spend money on hotel rooms.

“I call it ‘traveling indefinitely,'” she said.

Kiera utilizes Tesla’s extensive network of both Superchargers and Destination Chargers, as well as 50 amp RV chargers to keep her “home” powered. She has spent many nights in RV parks and parking lots charging her vehicle with low voltage electric vehicle chargers. Luckily, the Tesla owner has found a way to make overnights in her Model 3 a comfortable affair.

After purchasing both a sleeping bag and portable mattress from Amazon, Kiera created a makeshift bed by folding down the rear seats of the Model 3. She sleeps with her head behind the driver’s seat and her feet in the trunk of the car. The Model 3 owner also travels with her dog for company, so she has utilized a rip-stop nylon cover for the sleeping bag and mattress to keep things clean and free of tears.

For cooking and drinking, Kiera maintains both a large jug with a filtration device for water and a small, 12-volt, portable hot plate for cooking small meals when she is on the go. She keeps produce and some non-perishable items in the trunk of the car so she is not continuously spending money eating at restaurants. “I’ll throw a raw chicken breast from the deli and some fresh vegetables in [the hot plate], plug it in, go on a hike for a couple of hours and when I come back the chicken breast is cooked,” she said.

While Kiera chose to live in her Model 3 for convenience and traveling reasons, she stated that the environmental aspects were also important to her. “Right now, its the best option to do my part. I wanted to be on the cutting edge of seeing the world transition to this type of transportation,” she said. “I believe this is the future.”

You can watch the full interview and tour of a Model 3 “RV” in the video below.

Tesla owner lives in a Model 3 instead of her house: ‘I believe this is the future’