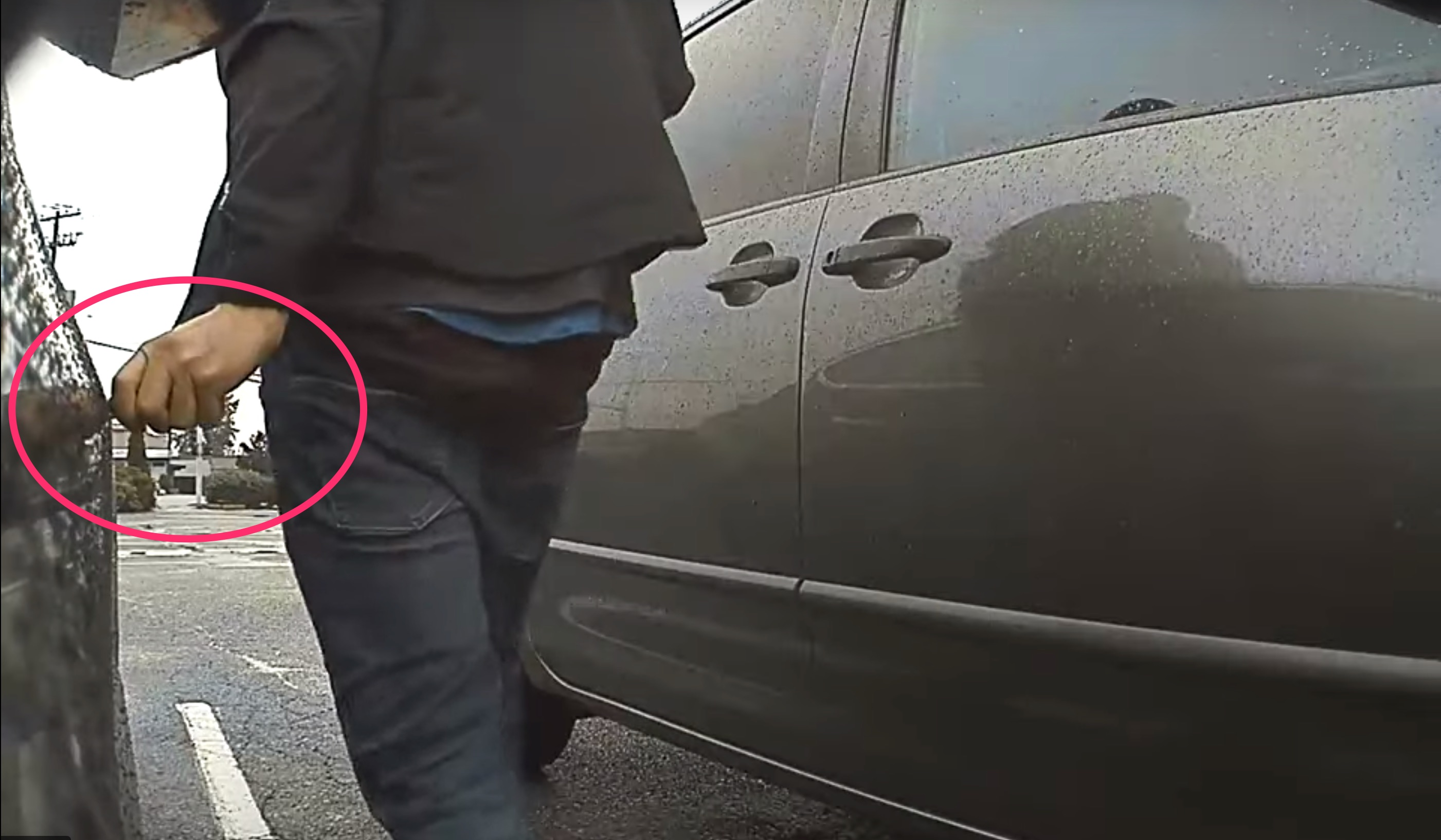 Police in Surrey, British Columbia are trying to solve another case of vandalism on Tesla vehicles. They are currently seeking help in identifying a suspect that keyed a Tesla Model 3 in September.

The keying happened in a parking lot of a movie theater and sushi restaurant in Surrey sometime on September 15. Dannie Chang is the owner of the Tesla Model 3 that was keyed. He told Peace Arch News, “A man walked by my car and key scratched my left side front and rear door, he acted so naturally, it seems it’s not his first time of doing this.”

Chang uploaded two separate clips on YouTube of the moment when the keying took place. One from the front-facing camera that appears to catch the culprit’s face clearly on camera, and the other from the driver’s side of the vehicle. The second angle clearly shows the man taking a key to the side of the vehicle, and it appears that he applied a scratch that runs almost the length of the car.

He reported the incident to police and hopes that their efforts, in conjunction with the YouTube videos, will bring the criminal to justice.

Sentry Mode helped police in Broomfield, Colorado solve a case involving a vandalism case in early October. With the help of one of the vehicle’s eight cameras, a woman who keyed a Tesla Model 3 was identified and eventually turned herself into police custody on October 3. Maria Elena Gimeno of Broomfield was charged with Felony Criminal Mischief after keying a Tesla Model 3 at a high school soccer game. Her act was captured by Tesla’s Sentry Mode cameras and helped the Broomfield PD solve the case within days.

Chang hopes that the videos will solve his case, but will also make the issue aware for other Tesla owners everywhere. “I just wish the suspect won’t be doing this to others,” Chang said.

Watch the videos of Dannie Chang’s Tesla Model 3 being keyed below: