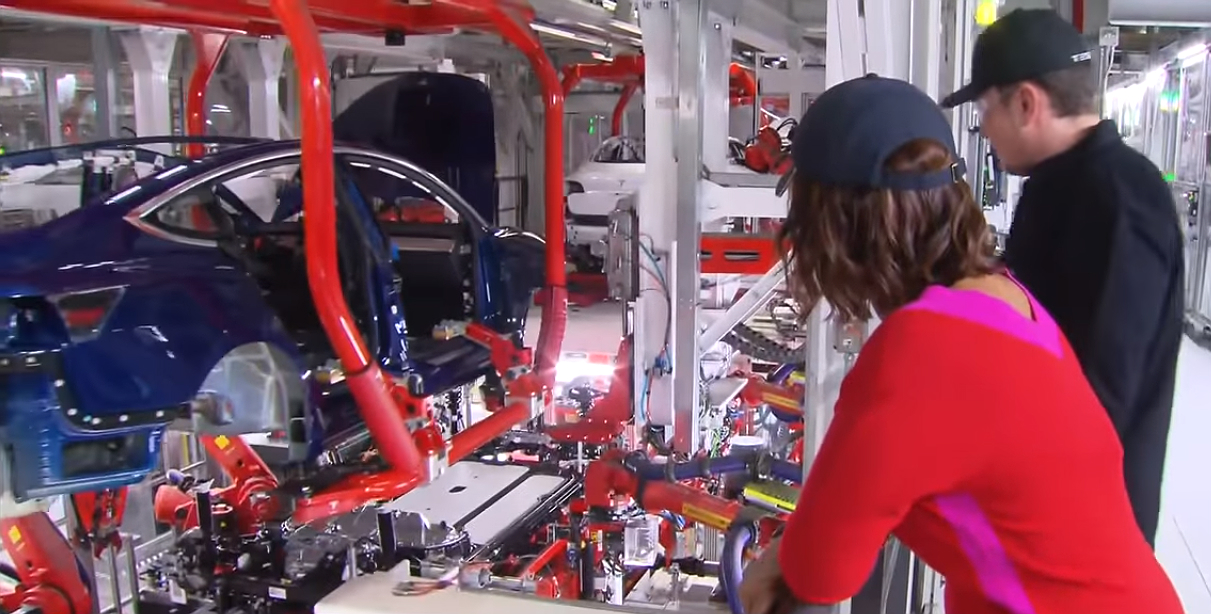 Tesla will “likely” switch the Model 3 sedan to a single-piece casting design in the future, CEO Elon Musk said in an interview with Sandy Munro. However, the design will not be on its way anytime soon, as Musk said the Berlin and Texas Gigafactories need to have production efforts well underway to sustain demand fulfillment.

The Model 3’s current design is not a single piece casting and is comprised of 70 different metal parts welded together to create the vehicle’s underbody. Tesla improved upon this design in its Model Y crossover by using a massive, single-piece casting to eliminate 69 total parts. The single-piece design is effective for manufacturing purposes and increases structural rigidity in the event of an accident.

As the Model Y and Model 3 dominate Tesla’s current sales and delivery figures, Munro mentioned to Musk that he was disappointed that his new Model 3 teardown did not reveal a single piece casting similar to the Model Y design. However, Musk indicated Tesla’s mass-market sedan would eventually use the single-piece casting, it would just take its next two production facilities to be in operation for it to happen.

“At some point, we probably will switch to a single-piece casting, but I think we need to get the Texas factory and the Berlin factory going. We do have an issue. It is hard to change the wheels on the bus when it is going 80 MPH down the highway. So, Model 3 is…well, was most of our volume. Model Y will exceed Model 3, but we just need an opportunity to redo the factory without blowing the cash flow of the company.”

In its Q1 2020 Update Letter, Tesla showed the two designs. The Model Y casting (right) was two pieces at this point in time. Thanks to the introduction of Tesla’s Giga Press from IDRA, the automaker has eliminated the two-piece design in favor of a massive one-piece casting. The elimination of so many parts was a huge advantage for Munro, who detailed the casting advantages in several teardown episodes last year.

Tesla Model Y owner Tony Pham then showed the one-piece casting design on his vehicle while having a third-party accessory installed into his all-electric crossover. Pham’s Model Y was delivered in late 2020, proving that Tesla has been utilizing the one-piece design for several months.

Tesla’s single-piece design is widely thought by automotive engineers, including Munro, to be the most advantageous way to build a car. In Munro’s opinion, other automakers have ignored a single-piece design’s advantages due to their stubbornness to keep things the same. “Thousands of engineers, big-time executives, walk by [the idea]. They don’t do it,” Munro said.

One of Tesla’s manufacturing process’s main advantages is that it continues to refine its techniques and never admits that its current processes are the best way to handle things. Tesla is always looking to improve the situation of its manufacturing and production lines, always seeking different techniques and new ways to build its vehicles. The issue now is that Tesla’s vehicles are becoming so popular that its limited production lines cannot be halted to update some production techniques, especially to mass-market vehicles that have been produced for several years. Musk’s analogy of the bus going 80 MPH down the highway is extremely accurate, especially as Tesla is coming off of its largest production and delivery year in company history. Halting Model 3 production lines for an update to the vehicle’s casting design would be detrimental at the current time.

While it is likely that Model 3 single-piece castings could happen down the road, it is not something to expect soon. With Musk indicating that Giga Berlin and Giga Texas need to be in operation for this to occur, these facilities will likely need to have Model 3 production numbers high enough to offset the closure of lines at Giga Shanghai and Fremont. With Berlin focusing on Model Y production initially, it is likely that Model 3 lines will not be ramped for at least a year, so the single-piece Model 3 casting may not be seen until at least 2023.

Elon Musk’s full interview with Sandy Munro is available below.