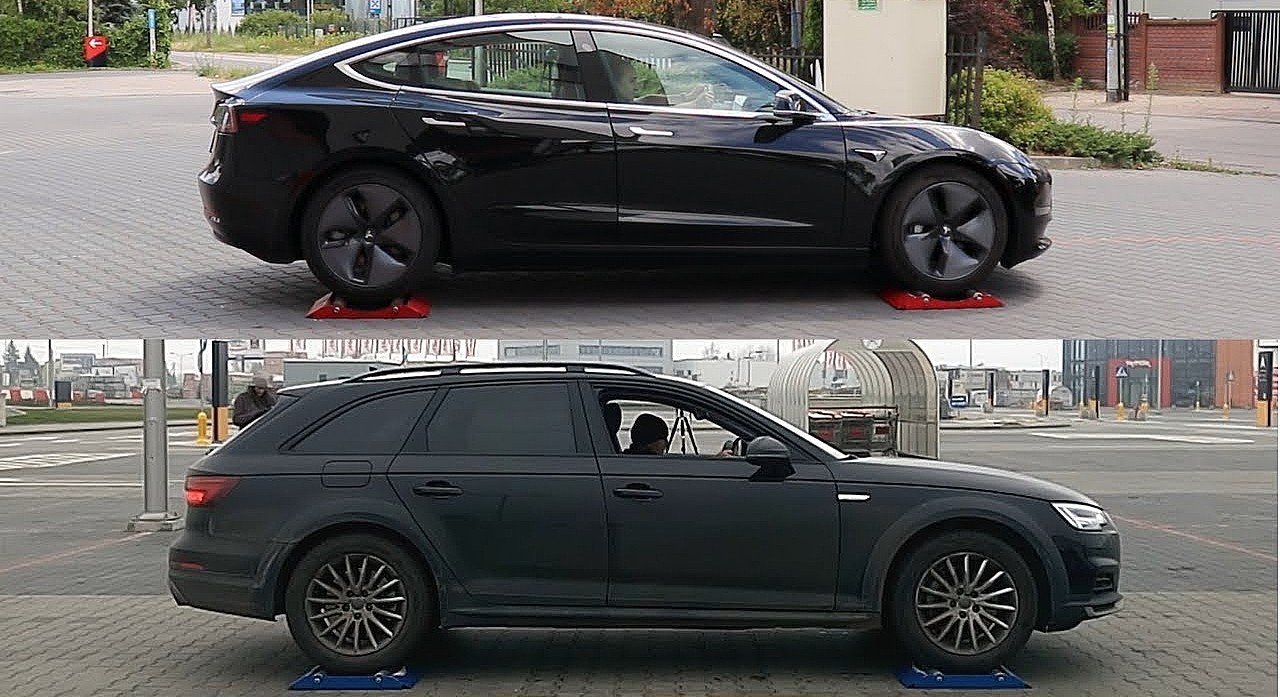 Being all-electric, Tesla’s vehicles enjoy a number of advantages. They have instant torque for quick acceleration runs, a low center of gravity for great handling, and large crumple zones for protection during a crash. Recent traction tests on metal rollers have also shown that the electric car maker’s Dual Motor AWD setup gives vehicles like the Model 3 some very impressive traction.

It is pertinent then to see just how well Tesla’s Dual Motor AWD setup stacks up against one of the best 4×4 systems available today: Audi’s Quattro. The German automaker’s all-wheel-drive system has been around for nearly 40 years, and it was tempered and developed at a time when the Audi was competing in the 1980’s rally championships. Audi sedans with Quattro technology are known today as vehicles that can handle wet, slippery conditions without any issues.

The capabilities of these two AWD systems was recently compared by YouTube group duszaniespokojna – 4×4 tests on rollers, which conducts traction tests on a variety of vehicles using rollers, from serious off-roaders like the Land Rover Discovery to sedans like the Tesla Model 3. For its comparative test, the YouTube group opted to use a Tesla Model 3 Dual Motor AWD and an Audi A4 Allroad 2.0 TFSI Quattro Ultra, both of which are midsize vehicles.

The Tesla Model 3 aced all of the group’s traction tests, both in its Standard and in Slip Start settings. Even when three of its wheels were in rollers, the electric sedan was able to find its traction without any issue. This is likely due to several factors, including the Model 3’s weight thanks to its hefty battery pack, as well as the instant torque from the vehicle’s two electric motors.

In comparison, the Audi A4 Allroad struggled in a couple of tests. While the vehicle had no issues finding its traction during tests that involved one or two rollers, the A4 had a notably difficult time when three of its wheels were fitted with rollers. When all but one rear wheel of the A4 Allroad was on rollers, the car actually got stuck when it was in its Standard setting.

Tesla may be a new carmaker, but it is steadily gaining a reputation as one of the best, if not the best, maker of premium electric cars on the market. It should also be noted that the Model 3 Dual Motor AWD is designed for city driving, which makes its 4×4 performance even more impressive. It takes a great city car, after all, to beat Audi’s Quattro system at its own game.

Watch a Tesla Model 3 Dual Motor AWD take on an Audi A4 Allroad 2.0 TFSI Quattro Ultra in the video below.