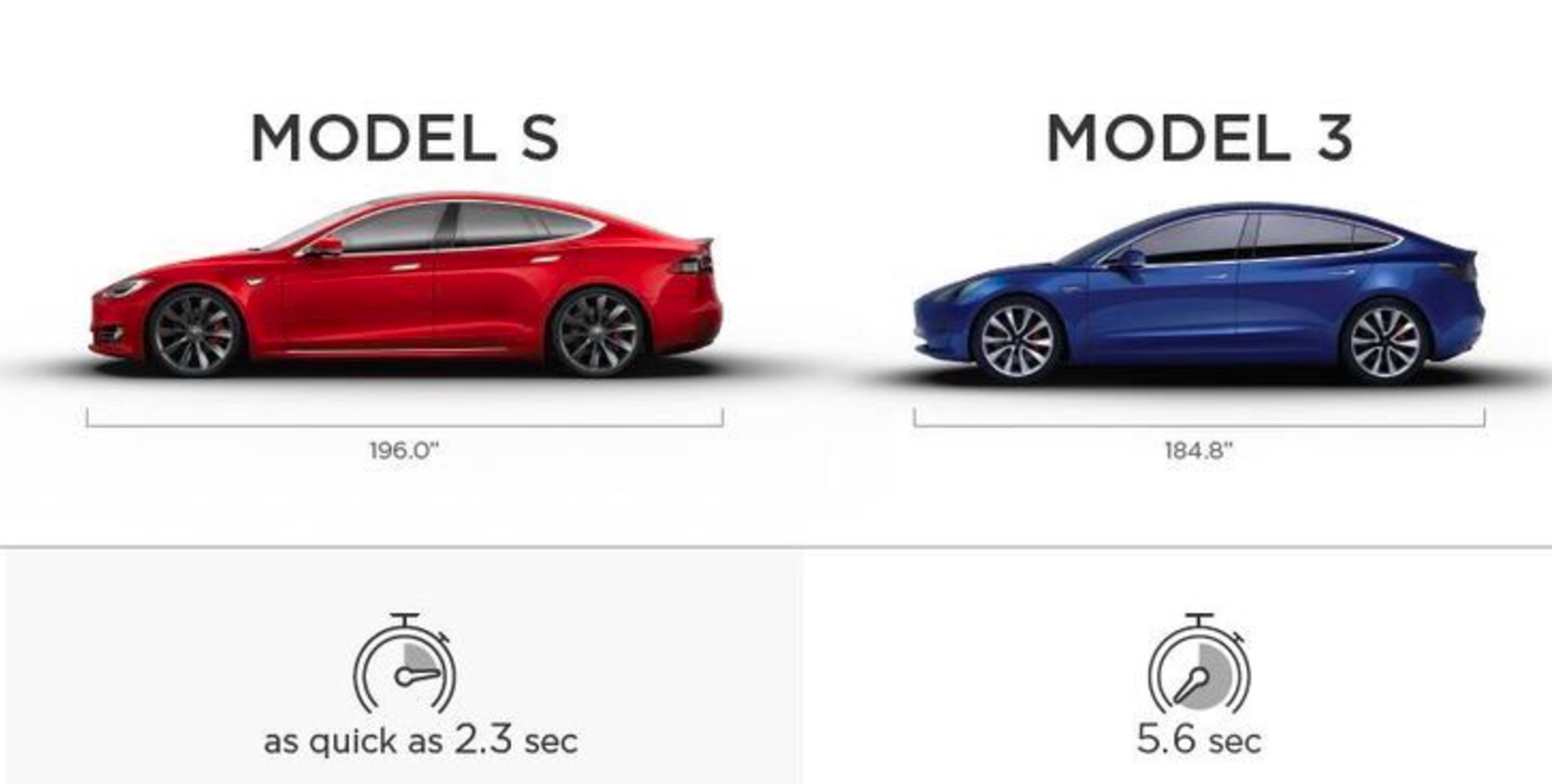 Tesla has begun distributing Model 3 information to its employees, showing a visual side-by-side comparison of Model 3 specifications against the company’s flagship Model S, according to Trevor Page founder of the Model3 Owners Club forum. “You won’t find this on Tesla’s site, it’s ‘talking points’ given to all Tesla employees for when talking to customer about the differences with Model S and Model 3”, says page.

The new photos posted by Page highlights several new data points for the Model 3 including a 0-60 mph time of 5.6 seconds. This is the first firm performance data point that has been publicly shared beyond a “sub 6 second” time. 5.6 seconds is just a hair slower than the 5.4 seconds achieved by the Model S 85kWh version, and a time that should put a smile on anyone looking at the base Model 3 configuration.

The simplification Tesla has done to bring Model 3 to market is also put on display in the newly published slides. Model 3 shifts from two massive displays found on the Model S to one smaller display that’s mounted in a landscape orientation. Tesla also notes that Model S has more than 1,500 configurations compared to less than 100 for Model 3. Streamlining production has been a key focus for the company as it aims for volume production this year. Tesla CEO Elon Musk announced that first Model 3 deliveries will take place in July. 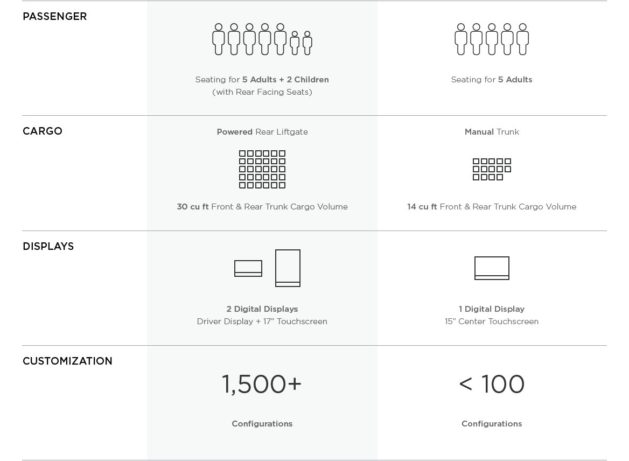 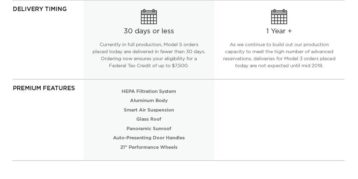 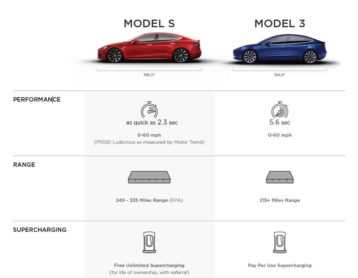 The drastic reduction in configurations between Model S and Model 3 might mean longer wait times for anxious Model 3 reservation holders holding out for a dual motor drivetrain with performance battery pack and Ludicrous mode.

What type of Model 3 configuration are you interested in?